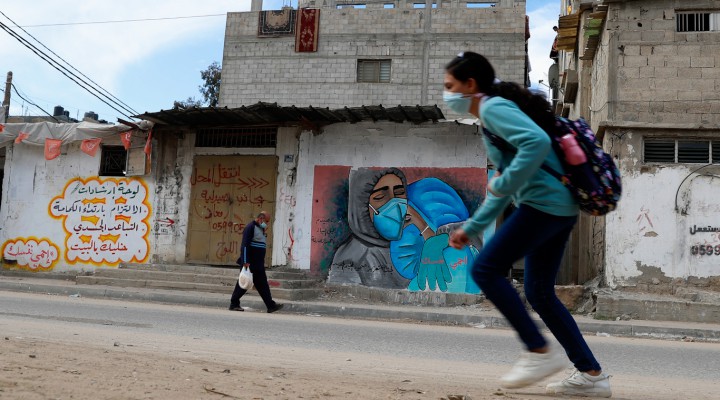 MPN- Saturday Night Live (SNL) has come in for a storm of criticism after airing a joke critical of Israel’s COVID-19 vaccine rollout policy. The show’s anchor Michael Che quipped that “Israel is reporting that they vaccinated half of their population. And I’m going to guess it is the Jewish half.” Despite addressing the topic for fewer than seven seconds before moving on, Che’s words sparked a chorus of denunciations from conservative Jewish groups and supporters of the Middle Eastern nation.

“We find the use of age-old anti-Semitic tropes on last night’s episode of Saturday Night Live to be deeply troubling,” wrote the Conference of Presidents of Major American Jewish Organizations, who accused the show of “propagating Jew hatred under the guise of comedy.” The American Jewish Committee claimed that Che’s words were “a modern twist on a classic antisemitic trope that has inspired the mass murder of Jews.” Meanwhile New York radio host and pro-Israel activist Dov Hikind claimed that SNL has a “long record of anti-Semitism” and that Israel was vaccinating its Arab citizens at the same rate as its Jewish ones.

Even progressive figures expressed their unease with the joke. “I watched that and cringed. Enough that the Israeli govt does is worthy of legitimate criticism; lying about what they do is just as bad,” reacted Democratic presidential candidate Marianne Williamson.

"Israel is reporting that they've vaccinated half of their population. I'm gonna guess it's the Jewish half."

They say there’s a grain of truth to every joke, but this SNL one has 5 million — the 5 million Palestinians in the West Bank and Gaza who have yet to receive vaccines. pic.twitter.com/IccgJBgbch

And while other Jewish organizations came out to defend Che’s brief remarks, the debate has largely glossed over some of the more pertinent facts of life in Israel and Palestine today. Israel has indeed been immunizing its non-Jewish citizens at a similar rate to its Jewish ones. As of Friday, over 85% of the population has received at least one injection, leading to drops in both new infections and hospitalizations. Yet these figures ignore the 4.7 million Palestinians living in either direct or indirect occupation in one of dozens of small enclaves surrounded by Israel, largely or entirely cut off from each other and the rest of the world. Article 55 of the Fourth Geneva Convention states that,

…The occupying power has the duty of ensuring the food and medical supplies of the population; it should, in particular, bring in the necessary foodstuffs, medical stores and other articles if the resources of the occupied territory are inadequate.”

Far from providing Palestinians with vaccines, as human rights groups have demanded they do, the government has blocked their importation. Only on February 17 (and after international pressure) did they allow 2,000 Sputnik V doses to enter Gaza, enough to immunize less than 0.1% of the population. The fact that Israel has the power to block all imports and exports from the region undermines the government’s argument that they are not an occupying force and therefore not responsible for the health and well-being of Palestine. Yet the country’s Health Minister Yuli Edelstein flippantly remarked that he has no more responsibility for Palestinians’ health than his Palestinian counterpart has to the well-being of dolphins in the Mediterranean Sea. While settlers illegally occupying land outside of Israel’s 1967 borders have been inoculated, the indigenous population has been shut out of receiving treatment. Some Israeli lawmakers have even argued that they should withhold vaccines entirely until they can extract more political concessions from Hamas.

In July, Israeli forces bulldozed a newly-built COVID-19 field hospital and test center in Hebron in the West Bank on the grounds that it did not have planning permission. Of course, planning permission must be sought from a foreign, occupying power who has been unwilling to cooperate. The destruction was also a grave breach of the Geneva Convention, Article 56 of which states that occupying powers have the responsibility to maintain public health and hygiene in the occupied territories “with particular reference to the adoption and application of the prophylactic and preventive measures necessary to combat the spread of contagious diseases and epidemics.

”Ultimately, the discussion around whether or not Che’s brief remarks were anti-Semitic obscures the larger picture of a systematic and ongoing occupation. “The real joke here is how this extremely obvious reality is taboo and calling any attention to it is subject to a massive pressure campaign when the real pressure campaign should be against Apartheid, not those calling attention to it.” remarked journalist Abby Martin.