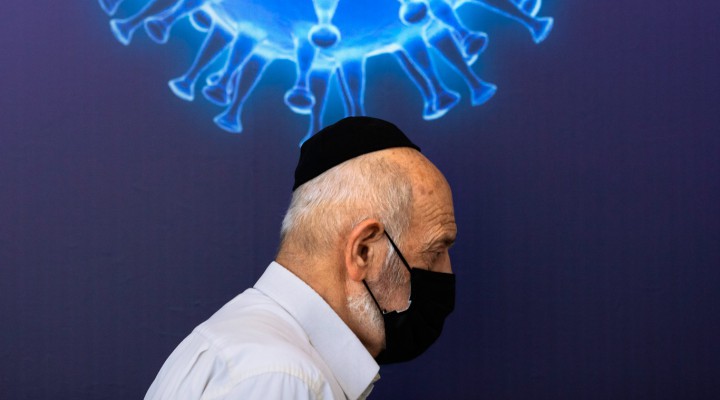 Completely missing from media accounts of the Israeli vaccine drive was mention of the millions of Palestinians living under Israeli occupation, none of whom have received the vaccine.

MPN- As vaccinations for the deadly COVID-19 virus begin to be delivered in large numbers, Israel has been receiving a great deal of praise in global media for its handling of the fight against the pandemic — one that has cost the lives of over 1.8 million people worldwide in the last 12 months.

Israel has gone into vaccine “overdrive,” announced the Financial Times, noting that the country of 9 million people has become the “world leader” and an example to follow. Detailing its achievements, it told readers that, “At one vaccination site, people waited no longer than 10 minutes each to be assigned to receive a jab, with one of 10 booths being kept empty to handle overflows,” also noting that the high tech system texts citizens an exact time of arrival, to further help with crowd control. The Wall Street Journal celebrated that Israel had vaccinated more than 10% of its population in just two weeks. Other outlets like the BBC noted that the government was prioritizing the elderly, with over 40% of over 60s having already received the first dose of a two injection procedure. “Israel could become [the] 1st nation to vaccinate all its citizens,” ran an Economic Times’ headline.

Completely missing from all these accounts, however, was any discussion, or even mention, of the millions of Palestinians under Israeli control, none of whom have received the vaccine, leading to a form of medical Apartheid. The move means that settlers illegally occupying Palestinian land are being given preferential treatment over those they have kicked out. The action has been denounced by human rights groups, who see it as Israel’s responsibility to provide medical treatment to those under their de facto jurisdiction.

Other outlets, such as Axios and the Independent also praised the Israeli government, but at least mentioned that there were no jabs for Palestinians. “Israel is vaccinating so fast it’s running out of vaccine,” reported the Washington Post excitedly before noting that the Netanyahu government has dismissed foreign criticism of its decision.

Israel is facing another national election in March, and Prime Minister Netanyahu hopes to vaccinate the entire population and lift lockdown measures before citizens go to the polls. Indeed, there is speculation that his government overpaid drug company Pfizer in order to secure so many early shipments of the medicine. The government began immunizing citizens on December 19.

In contrast to Israel, Palestinians have had to endure a deadly pandemic without proper equipment or hospitals. Last month, Gaza announced it had run out of COVID-19 testing kits, the blockaded strip also asking the World Health Organization for badly needed medical supplies.

Israeli authorities have also been guilty of more proactive measures that have spread the deadly coronavirus among the Palestinian population. In July, IDF forces demolished a recently constructed hospital and COVID-19 test facility in Hebron, in the West Bank, a move that was roundly condemned. “Because demolishing a COVID-19 testing center is totally the best way for Israel to be spending funds right now,” wrote female-led antiwar group CODEPINK, “Seriously, this obsession with destroying Palestine, even at the expense of Israeli coronavirus funding, is sick.” Small donors had raised around $250,000 to build the new center, which was being built in the memory of an elderly Palestinian man who had died of COVID-19 himself. There has also reportedly been a wave of Israeli settlers spitting on Palestinians in efforts to deliberately infect them with the virus.

Israel has reported more than 440,000 confirmed cases of COVID-19, while Palestine has registered over 142,000 itself. However, due to the paucity of testing kits and facilities, it is possible this is a serious underestimate.

4.2 million Americans — around 1% of the population — have received the first shot of a coronavirus vaccination, according to the Center for Disease Control. However, the rollout has been fraught with mistakes, with many vaccines being wasted. Even worse, last week, a Wisconsin pharmacist was arrested and accused of deliberately spoiling more than 500 doses of the Moderna vaccine. But while the Trump administration has been held under the spotlight, Israel has been treated more positively in corporate media.