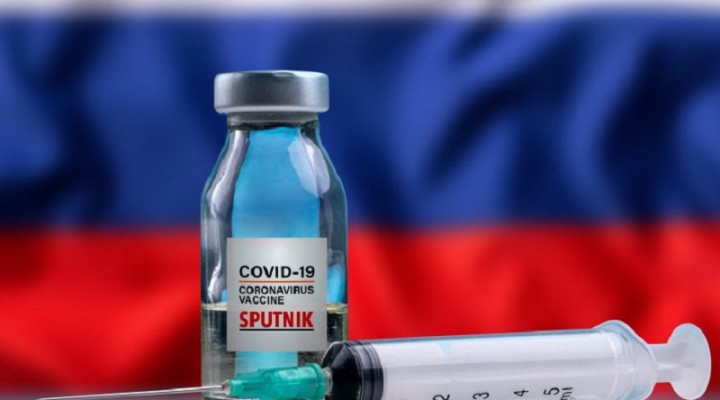 Exclusive- Russia must ensure that the Sputnik V vaccines that it ships to Palestine aren’t from the batches that it plans to jointly produce in “Israel” and/or distributed by openly Zionist organizations otherwise the population might passionately resist inoculation on the principled basis of refusing to have anything connected with that political entity running through their veins since many might regard that as the ultimate form of submission to the self-proclaimed “Jewish State”.

Russia’s de-facto alliance with “Israel” and hugely successful “vaccine diplomacy” might soon converge in Palestine, but the possible outcome might be unacceptable for the occupied people. According to TASS, “Israel’s” I24 reported over the weekend that Russia plans to deliver 4 million doses of its Sputnik V vaccine to the Palestinians next month, which would suffice for inoculating a little less than half of the estimated five million people in that territory considering the fact that two shots are supposed to be required for each person.  The official Kremlin website reported in the middle of last month that President Putin and Prime Minister Netanyahu discussed “the prospects for cooperation regarding the Russian vaccine, including distribution and production in Israel” during their phone call at the time. Several days later, the Times Of Israel reported that “Israel’s Hadassah vies to become a regional hub for Russia’s COVID-19 vaccine”, noting also that the full name of the group which owns the Jerusalem hospital is the Hadassah Women’s Zionist Organization of America.

Connecting the dots, there’s a plausible possibility that Palestine’s Sputnik V vaccines might be jointly produced in “Israel” and distributed to the population by Hadassah, though Russia would do well to ensure that this doesn’t happen. The Palestinians might passionately resist inoculation on the principled basis of refusing to have anything connected with the Zionist entity running through their veins since many might regard that as the ultimate form of submission to the self-proclaimed “Jewish State”. To be absolutely clear, Russia doesn’t have any ulterior motives in vaccinating the Palestinians since the country’s only goal in this respect is to save lives and improve its soft power, hence why it might opt to jointly produce the vaccine in “Israel” then have it distributed by Hadassah for convenience’s sake. Should that be the case, however, then it would be wise for Russia to reconsider those plans with respect to the Palestinians.

For the socio-political reasons that were explained, the Palestinians will probably reject inoculating themselves with the vaccine if the batches that they receive were jointly produced in “Israel” and/or distributed by a proud Zionist organization. The optics of them relying on their oppressor — and especially a group which espouses the same Zionist ideology that’s responsible for their occupation — to save their lives is too much for many of them to accept since they’d also likely fear that it would symbolically undermine their self-determination struggle. After all, “Israel” could subsequently exploit the situation to claim that it saved the Palestinians from a “COVID genocide”, thus counteracting the credible evidence that it’s the one that’s actually carrying out a slow-moving genocide against that same people. The Zionist entity might then claim that this proves its “benevolence” and that the Palestinians don’t deserve independence since they voluntarily agreed to let “Israel” “save their lives”.

It’s difficult to argue with this prediction since “Israel” is known to take advantage of every possible opportunity to thwart the Palestinians’ pro-independence drive. Russia therefore mustn’t let its “vaccine diplomacy” be abused by its de-facto ally since this could also inadvertently erode the country’s respect among the Palestinians. Unwittingly playing into “Israel’s” hands by jointly producing the Palestinians’ Sputnik V batches there and then distributing them to the people via the Hadassah Women’s Zionist Organization of America could greatly undercut Russia’s soft power, especially if the Palestinians reject this vaccine in order to resist having anything connected to the Zionist entity literally running through their veins even if they truly believe that it would save their lives. It’s for this reason why Russia should assure the Palestinians that the vaccines that it plans to ship to them won’t be jointly produced in “Israel” nor distributed by an openly Zionist organization.

There’s nothing wrong with Russia supplying vaccines to a population that voluntarily wants to receive them, nor with one of its de-facto allies serving as a regional hub in this respect, but the unmistakable political context in which this might happen could be extremely troublesome if Moscow doesn’t ensure that all potential controversies are dealt with ahead of time. Russia might not have realized how sensitive of an issue it would be for the Palestinian people to inject themselves with a life-saving inoculation that might be jointly produced by their oppressors and distributed to them by an organization which espouses the same ideology that’s responsible for their occupation. For this reason, all steps should be undertaken to ensure that the Sputnik V vaccines that it plans to ship to Palestine don’t have anything to do with “Israel”. By taking the Palestinians’ socio-political interests into account, Russia stands to greatly improve its soft power among them.