HOME / WORLD / Are Israel And Palestine Headed Towards Yet Another Conflict? 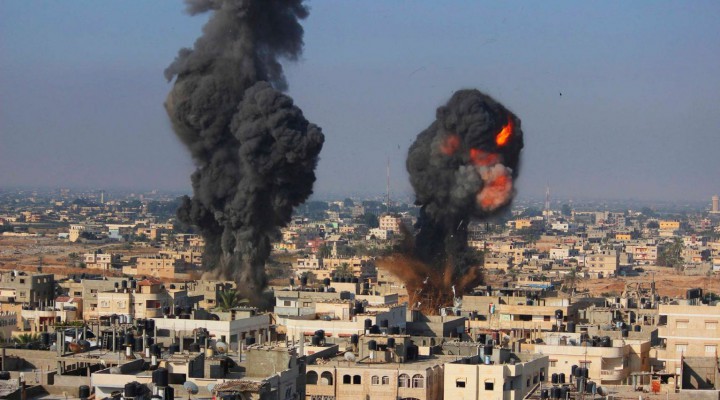 In December 2020, there was a rise in tensions in the West Bank, including demonstrations and Israeli attacks on Palestinian homes.

Reports indicate that it was the most intense month in terms of aggressive Israeli nationalism in the last three years – that is, since the beginning of 2017. Israeli security agencies recorded 41 instances of Israeli extremists calling for revenge and the use of violence against Palestinians. A total of 25 violent attacks were also reported.

On 29 December, meanwhile, Hamas carried out military exercises in the Gaza Strip. According to a statement issued by the organisation, they were defensive in nature, but they also focused on the liberation of Palestine. Eleven organisations took part in the exercises, all of which are regarded as terrorist organisations in Israel.

It is obvious that the exercises were carried out as a show of strength during rising tensions between the US and Iran. Since there had been certain signals that a military strike was being prepared against Iran (the presence of an Israeli submarine and a US carrier strike group on alert close to Iran), Hamas and the Islamic Jihad decided to show what Israel can expect should there be such an attack. Given the combat capabilities of Lebanon’s Hezbollah on Israel’s northern border, such a signal could not have gone unnoticed by Israeli and American intelligence services.

Another source of tension has become apparent in the work arrangements between the two countries. According to the Israeli Civil Administration, around 80,000 Palestinians cross the border every day to work in Israel. Another 30,000 Palestinians work in the West Bank where there are Israeli settlements; they mostly work in the industrial zone. There is no doubt that Israel is dependent on Palestinian labour.

On 31 December 2020, Palestinian workers went on strike at the Yamit factory. In response to the demands of the labour organisation Maan (which is Israeli, not Palestinian), the factory’s owner, Ofer Talmi, declared, “The Land of Israel belongs to the Jewish people. As a result, I am unwilling to have Palestinian workers with any connection to the state of Israel whatsoever.”

The announcement regarding the continued construction of West Bank settlements was made by Prime Minister Benjamin Netanyahu. He tweeted: “Prime Minister Benjamin Netanyahu orders advancement of construction of approximately 800 residential units in Judea and Samaria [West Bank], including in Tal Menashe, the home community of the late Esther Horgan.”

The Civil Administration’s High Planning Committee is expected to approve these steps next week. The plans will include the construction of 500 housing units in the West Bank settlements of Itamar, Beit El, Shavei Shomron, Oranit and Givat Ze’ev, the advancement of plans to build 100 housing units in the Tal‑Menashe settlements, and the construction of more than 200 units in Nofei Nehemia.

However, Benny Gantz has also agreed to legalize Palestinian settlements under Israel’s military and administrative control. Some analysts believe that this decision was made to somehow compensate the Palestinians for seizing their territory. On the other hand, the right-wing Israeli settlement movement Regavim sharply criticised Gantz’s decision, laying the blame for it on Netanyahu.

“While Netanyahu declares the expansion of Jewish settlement by 800 housing units, he also, at the same time, approves plans for obviously illegal construction by the Palestinian Authority over hundreds of dunams. The meaning of this is terrible: [Jewish] settlement must converge into small, fenced spots, while the Palestinian Authority expands over the territory and gets that approved,” Regavim tweeted.

There is no doubt that the expansion of Israeli settlements will also receive an aggressive response from Palestine, even if the Palestinian authorities agree to it.

All of these actions point to a trend that could lead to a wider conflict between the Palestinians and Israel. It should also be borne in mind that, in the run-up to the Israeli parliament (Knesset) elections scheduled for 25 March, all of the political parties in Israel will play the Palestinian card in one way or another – and the right-wing forces will be counting on anti-Palestinian rhetoric.

At the same time, a process is underway in Palestine aimed at reconciling the Fatah and Hamas movements to achieve the unity of the Palestinian people. This process has the support of a number of countries in North Africa and the Middle East.

It should be added that Israel is now included in US Central Command’s area of responsibility. It previously fell under the European Command, but Donald Trump considered it necessary to change this formality. Central Command covers the Middle East, Egypt and Central Asia.

US military experts believe that the move is completely logical, since Israel is geographically located in the Middle East. Such a reorganisation will help to more quickly carry out logistics activities should the US military need to conduct operations in Israel.

0 thoughts on “Are Israel And Palestine Headed Towards Yet Another Conflict?”