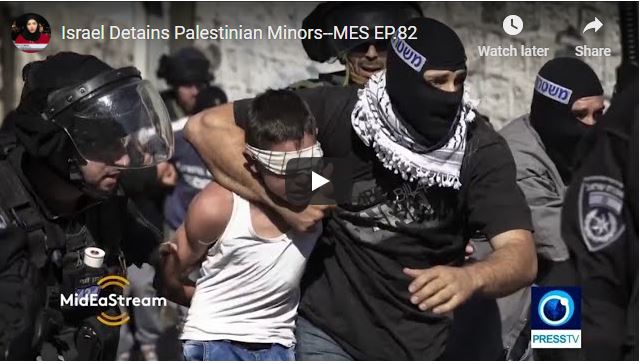 The use of force, nighttime arrests, questioning not in the presence of their parents, rides in patrol cars for intimidation and unnecessary handcuffing – these are just some of the violations of the rights of Palestinian minors detained by the Israeli occupation forces in East Jerusalem and the West Bank. Taken in for lengthy interrogation sessions, without being given the opportunity to speak to a lawyer or their parents before the questioning begins, Palestinian kids are then held in detention facilities under harsh conditions, for days and weeks.

To discuss this issue with us from West Bank Dr. Amal Wahdan, human rights advocate.

As the efforts to form a Lebanese government headed by Saad Hariri falter, the media silence regarding the government formation directly and openly between the President of the country Michel Aoun and the Prime Minister-designate Saad Hariri, has changed from a positive issue in terms of preventing confusion, to a negative issue after several weeks had passed without any hopeful signs emerging, as gossip, rumors, and misinformation multiplied, without any clarifications being issued by those involved in the pressing file of government formation.

To discuss this issue with us from Beirut is Dr. Omar Nashabi, academic and writer.