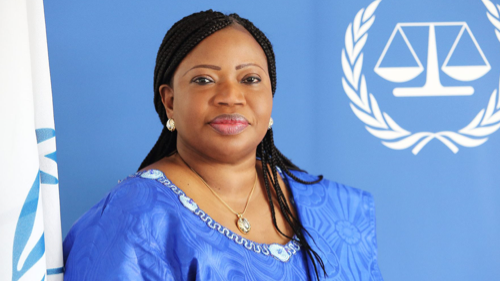 United States will punish ICC
Well, as usual, there is good news and bad news. The good news is that the International Criminal Court (ICC) in The Hague has finally received authorization to proceed with the investigation of possible war crimes and crimes against humanity in Israel-Palestine, to include both the Israel Defense Force (IDF) and also Hamas in Gaza. On February 5th ICC Prosecutor Fatou Bensouda announced that her office is now studying the decision made to confirm ICC’s jurisdiction and would be “guided strictly by its independent and impartial mandate” to investigate and prosecute war crimes and crimes against humanity. The ICC has already ruled in December 2019 that “war crimes have been or are being committed in the West Bank, including East Jerusalem, and the Gaza Strip” but was waiting for confirmation that it had jurisdiction to proceed. Both the Israeli Defense Force (IDF) and armed groups including Hamas were named as possible perpetrators.

The bad news is that Bensouda has been replaced as the United States is already intervening in support of its best friend and closest ally in the whole world and will inevitably do all sorts of stupid things that do not serve its own interests when the Israeli tail starts wagging the American dog. Count on it. That has apparently already included pressure exerted both by Washington and Jerusalem behind closed doors to make Bensouda go. She was replaced last Friday by British human rights lawyer Karim Asad Ahmad Khan, who is expected to be more accommodating to Israel and might even decide not to proceed with the investigation.

There has also been some speculation that the ICC was waiting for Donald Trump to be gone as Trump and his Secretary of State Mike Pompeo had already more-or-less declared war on the ICC back in June 2020. The Trump White House had sanctioned key members of the court and had also blocked the travel to the U.S. by investigators associated with it. It threatened to arrest anyone who cooperated with the investigation. Washington also warned in the strongest terms that there would be “consequences” for any attempt by the court to investigate or punish Israel.

The Joe Biden White House clearly is on the same page on the issue, releasing the following State Department press statement on February 5th, immediately after the ICC decision became public: “Today, the International Criminal Court (ICC) issued a decision claiming jurisdiction in the West Bank, East Jerusalem, and Gaza, while expressly recognizing the serious legal and factual questions that surround its ability to do so. As we made clear when the Palestinians purported to join the Rome Statute in 2015, we do not believe the Palestinians qualify as a sovereign state, and therefore are not qualified to obtain membership as a state, or participate as a state in international organizations, entities, or conferences, including the ICC. We have serious concerns about the ICC’s attempts to exercise its jurisdiction over Israeli personnel. The United States has always taken the position that the court’s jurisdiction should be reserved for countries that consent to it, or that are referred by the UN Security Council.”

State Department Spokesman Ned Price provided additional commentary on the press release, saying “We will continue to uphold President Biden’s strong commitment to Israel and its security, including opposing actions that seek to target Israel unfairly.” Neither the U.S. nor Israel is a signatory to the Rome Statute that created the ICC. The argument Washington is using is essentially a legal one, at least at this point, that Palestine is not a “sovereign state” and that the ICC does not have jurisdiction over any county that is not a signatory. Both are, of course, debatable. Israel has also taken steps to prevent any investigation by the court on its soil, to include the occupied territories and it is not clear if Egypt will allow ICC investigators to enter Gaza from Sinai.

The initial issue that turned Washington against the court in 2018 was the concern that it would begin inquiries into possible U.S. war crimes in Afghanistan since 2003, where both avoidable deaths and torture have been well documented. The U.S. used at the time the argument that it was not a signatory to the ICC but, as Prosecutor Bensouda observed, one does not have to be a signatory to be investigated as the court was specifically set up by the Rome Statute in 2002 to inquire into atrocities where there had been no accountability, either because the local government had no ability to do so or chose not to investigate itself.

LINKBOOKMARKSo, it is all a bit of a non-starter since Israel and friends are non-signatories and will not cooperate while the United States will be using all its resources to stop the process stillborn. But that is not exactly the way it might play out. If the court holds the Israeli government accountable for war and human rights crimes those countries in Europe and elsewhere that are signatories to the ICC might consider themselves obliged to honor arrest warrants naming senior Israeli government officials whenever they are traveling. Israel is predictably reported to be already seeking to make arrangements whereby it will be warned by “friends” in foreign chanceries whenever such warrants are issued.

And then there is the matter of Israel’s approval rating vis-à-vis the rest of the world, which is already low, hovering down at the bottom of the list together with the United States. To be sure, Israeli Prime Minister Benjamin Netanyahu understands all that and has reacted sharply to the ICC decision to proceed. He said: “When the ICC investigates Israel for fake war crimes, this is pure anti-Semitism. The court established to prevent atrocities like the Nazi Holocaust against the Jewish people is now targeting the one state of the Jewish people. First, it outrageously claims that when Jews live in our homeland, this is a war crime. Second, it claims that when democratic Israel defend itself against terrorists who murder our children, rocket our cities, we’re committing another war crime. Yet the ICC refuses to investigate brutal dictatorships like Iran and Syria who commit horrific atrocities almost daily. As Prime Minister of Israel, I assure you, we will fight this perversion of justice with all our might.”

Israel’s security cabinet subsequently endorsed Netanyahu’s criticisms, describing the “outrageous” decision as one that “exposes the court as a political body, standing in one line with international organizations driven by antisemitic principles.” The Netanyahu government’s response is, of course, typical boilerplate that seeks to cast the Jewish state as a perpetual victim surrounded by a sea of anti-Semites. The only thing Netanyahu’s statement left out is the claim that Iran will have a nuclear weapon in weeks, but the Biden Administration’s Secretary of State Tony Blinken has already said that for him. The drum roll includes “fake war crimes,” “Nazi Holocaust,” “pure anti-Semitism,” “defend itself against terrorists who murder our children,” and “brutal dictatorships like Iran and Syria who commit horrific atrocities almost daily.” The reality is quite the reverse with the Israelis committing real war crimes by attacking its neighbors almost daily to include frequently killing Palestinian children. The horrific atrocities are being committed by the Israeli Army and the armed monstrous settlers against helpless Palestinians on both the West Bank and in Gaza. One might add the theft of Arab land, the destruction of their houses and livelihoods, and the lack of any due process for those who live and die under the brutal occupation. The numbers tell the tale. According to United Nations records, 3,601 Palestinians have been killed and over 100,000 injured by Israel between 2010 and 2019, versus 203 Israelis killed and 4,700 injured in the same time period.

And now, when there at last might be some real accountability for Israel’s crimes, the United States, under Netanyahu’s thumb, is yet again on the wrong side of the argument.