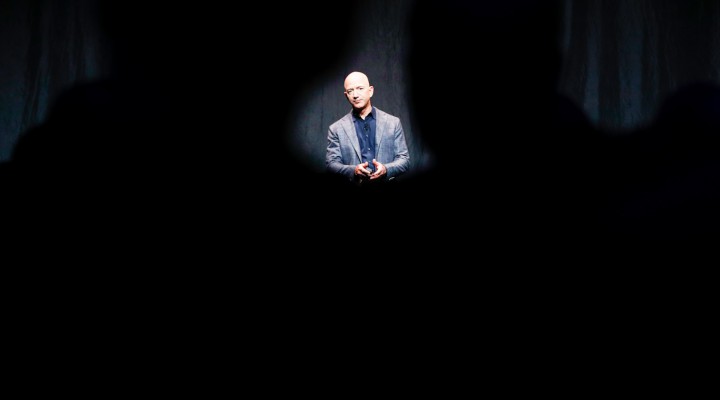 Amazon just got caught stealing millions from its workers, but instead of grilling the retail giant, the media appear to be working hard to run defense for it.

MPN- It has been a turbulent 24 hours for retail giant Amazon. First, the company’s founder (and world’s richest individual) Jeff Bezos announced that he would step down as CEO. Then, the Federal Trade Commission (FTC) ruled that the company had illegally stolen more than $61 million worth of customer tips meant for its delivery drivers.

Under their contracts, Amazon drivers were supposed to make between $18 and $25 per hour and keep all their tips. However, since at least 2016, the company had been secretly confiscating tips customers sent through an app, using their contributions to reduce their own wage payouts, meaning they were swindling both customers and employees. “In total, Amazon stole nearly one-third of drivers’ tips to pad its own bottom line,” said FTC Commissioner Rohit Chopra.

Unlike corporate crime cases in other nations, Amazon will merely be required to pay back the money it took from employees. Thus, it will face no negative consequences, except a possible public relations backlash due to bad press.  Yet, instead of grilling Amazon, the media appear to be working hard to run defense for it, downplaying the nature of the crime in their headlines.

The word “steal” was noticeably absent from much of the reporting, despite the fact that the original Reuters report used the word in its title — a direct reflection of the FTC’s ruling. Many newspapers instead decided to go with “withhold” instead: Despite an FTC ruling, Forbes’s headline called the theft an “allegation”

Even worse, many more framed the news as a mere allegation, despite the fact that the FTC had made a formal ruling. Forbes, for instance, led with the headline “Amazon Will Pay $61.7 Million Settlement After Allegedly Withholding Tips From Delivery Drivers.” Others (Daily Caller, Daily Mail) did the same. Meanwhile, in a tweet on the news, Vox claimed that (emphasis added) “Amazon will pay $61.7 million in a settlement over allegations that the company used customer tips to subsidize the hourly wages of some delivery drivers.” Thus, the fact that Amazon had been caught stealing was watered down into a claim that it was merely “subsidizing” “some” of its employees’ wages.

Perhaps the worst offender was business and tech news site ZDNet, whose headline was “Amazon will pay $61.7 million to settle Flex driver tip dispute with FTC,” which obscured the matter into a foggy and very technical sounding financial dispute. Only a very small number of outlets, including Slate and The Huffington Post, echoed the FTC’s decision by using the word “stole” in their headlines.

Reading past the headlines

Framing is an important concept in media, as the words chosen encourage readers to interpret news in a certain manner. For instance, this week, reporting on the same healthcare issue, CNN framed it as “Biden signs executive orders expanding healthcare access,” while Fox News presented went with “Biden signs order on far-left health priorities.” The first primes readers to see the move as improving inclusivity while the latter fits into a “radical socialist takeover of government” narrative.

Perhaps more importantly, in this 280-character media landscape, the majority of people do not read past the headline, even before sharing content, making accurate titles particularly important in conveying information on news and current events. Indeed, one article in Science Post with the title “Study: 70% of Facebook users only read the headline of science stories before commenting” features one paragraph of information before descending into “lorem ipsum” gibberish text has been shared 193,000 times, mostly on Facebook itself (although it is not clear how many people are sharing it as a joke).

Thus, the effect of the inaccurate titles has been to bury a story about massive wage theft. Wage theft is a massive problem in the United States. A 2017 study from the Economic Policy Institute across ten U.S. states found that 2.4 million minimum wage workers were being defrauded out of an average of $64 per week, equating to $8 billion annual losses. For many, their employer is far more likely to steal from them than a masked robber. Yet this is rarely the sort of violation that “tough on crime” politicians have in mind when they deploy that rhetoric. And when the public thinks of crime, wage theft is rarely high on the list, thanks, in no small part, to how the media downplays corporate crime where the rich steal from the poor.