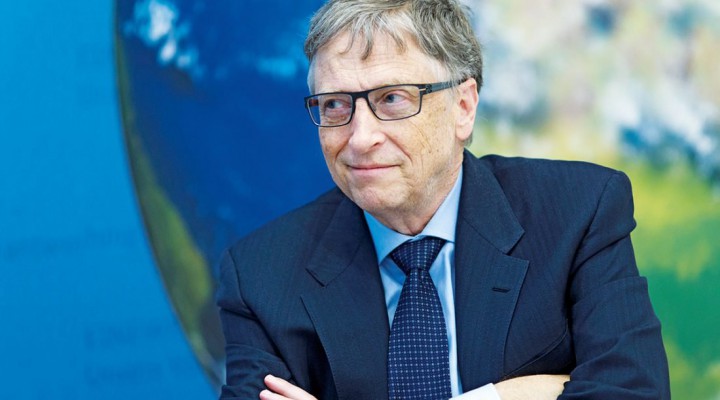 Forbes recently published an article stating that, in addition to his main assets, Bill Gates is also a major landowner.

It says that, after years of reports he was buying agricultural land in places like Florida and Washington, The Land Report, which focuses on private landholdings, has revealed that Gates, who has a net worth of nearly $121 billion, has built up a massive farmland portfolio covering 18 states. His largest holdings are in Louisiana (69,071 acres), Arkansas (47,927 acres) and Nebraska (20,588 acres). He also has a stake in 25,750 acres of transitional land in the west of Phoenix, Arizona, that is being developed as a new suburb.

According to The Land Report’s research, the land is owned by Bill Gates directly and through third-party organisations such as Cascade Investments, which is Gates’ personal investment vehicle. Cascade’s other investments include food-safety company Ecolab, used-car retailer Vroom, and Canadian National Railway.

Forbes writes: “While it may be surprising that a tech billionaire would also be the biggest farmland owner in the country, this is not Gates’ only foray into agriculture. In 2008, the Bill and Melinda Gates Foundation announced $306 million in grants to promote high-yield, sustainable agriculture among smallholder farmers in sub-Saharan Africa and South Asia. The foundation has further invested in the development and proliferation of ‘super crops’ resistant to climate change and higher-yield dairy cows.”

The list of top three landowners also includes Ron Offut’s family with 190,000 acres, and Stewart and Lynda Resnick with the same amount. The former is a family business related to growing potatoes, and the latter is a married couple who make their money from fruit and nuts. Traditional agricultural businesses, in other words.

But while the media magnates and aforementioned businesspeople represent modern agricultural businesses, Bill Gates, with his numerous initiatives, is considered to be an active supporter of globalism – many of his projects have a dubious reputation, but, like George Soros, he invests millions in practical areas that almost always intersect with world politics.

It is telling that another IT entrepreneur, Amazon CEO Jeff Bezos, is also buying up land. And he is also actively interfering in politics. His company’s media outlets regularly criticised US President Donald Trump, and he owns over 300,000 acres in Texas and is among the top ten landowners in America.

There is also another method for controlling natural resources. It is indirect, but the following example shows that this approach can be rather effective and also dangerous from the point of view of citizens’ interests.

The Walton Family Foundation in America invests billions of dollars in the Colorado River Basin. The foundation is run by the heirs of Walmart founder Sam Walton and donates $25 million a year to non-profit groups concerned with the Colorado River. Officially, the foundation is taking care of the river, especially with regard to the rational use of water resources. Part of the money goes towards restoring the river or more efficient irrigation.

But the foundation’s main interest is promoting “demand management”, which is a special water marketing scheme. The concept involves rural farmers being paid cash benefits to temporarily stop irrigating.

In November 2020, the Colorado Water Conservation Board supported this “demand management” programme by making it a “step two work plan” and formally moving the concept closer to current policy in the Upper Basin states of New Mexico, Wyoming and Utah. Officially, it is being portrayed as drought-management planning, but the approach, which verges on turning water into a commodity, is raising questions. How good is it for the Colorado River? And has there been a public debate involving independent environmentalists, given that this water source is vital to 40 million people? The foundation is known to have supported more than 60 local non-profit organisations concerned with the Colorado River over the last four years, each of which received between $5,000 and $2.9 million, with seven organisations, including the Environmental Defense Fund, The Nature Conservancy and the Western Resource Advocates, receiving $1 million each or more in 2019 alone. A significant proportion of the Walton Foundation’s $25 million in annual donations also went on testing demand management on numerous creeks and tributaries in the Upper Basin states of Colorado, New Mexico and Wyoming.

Moreover, the Walton Foundation has paid the Environmental Defense Fund millions of dollars to implement critical aspects of a $29 million demand management pilot programme in the Lower Basin states of Nevada, California and Arizona.

But the Walton Foundation is also paying the media to run stories about the Colorado River, yet many of the articles are silent about the Walton Foundation’s role in advocating for demand management. In other words, the Walton family are buying up public opinion, politicians and beneficiaries for their own long-term goals. Although this approach does not involve the direct or indirect purchase of land or water, interfering in public policy at the grassroots level – that is, with subsidy schemes for farmers and the funding of public organisations and the media – could create a serious precedent.

Critics of globalism in the US are noting with alarm that, “While billionaire philanthropists and technocrats are acquiring land at an accelerating speed, they appear to be telling the general public that in the future private property will virtually cease to exist.”

An example is The Fourth Industrial Revolution by World Economic Forum founder and globalist Klaus Schwab, in which he talks happily about the abolition of private property in the near future.

It seems that private property will not be abolished for everyone, however. The future will just be the vast majority of people living in a state of constant dependency on a small number of wealthy families who will own everything and have the means to control the masses.

Unlike the Middle Ages, the feudal lords will be the billionaires who own the world’s tech giants, and the serfs will be those who use their services. It is already happening in America.

New Malthusianism And The Misanthrope Dynasties