HOME / Economy / Study: Coronavirus Has a Been a Massive Boon for America’s Billionaires 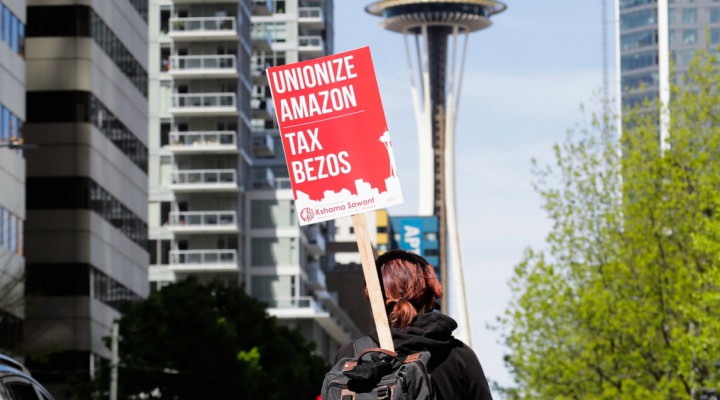 A new study found that in the past eight weeks alone, the country’s super wealthy have added a further $368.8 billion to their already enormous fortunes.

MPN– America’s billionaires have seen their wealth increase by 12.5 percent during the COVID-19 lockdown period. The Institute for Policy Studies (IPS), a Washington, D.C.-based think tank, released a study Thursday showing that, in the eight weeks between March 18 and May 14, the country’s super wealthy have added a further $368.8 billion to their already enormous fortunes.

Among the more famous big winners during the pandemic include Facebook co-founder Mark Zuckerberg, who adds $21 billion to his net worth (a 38 percent increase). Failed Democratic presidential contender Michael Bloomberg is up $10 billion as well, meaning he has recouped ten times as much as he lost in his big money political campaign that went nowhere. Microsoft co-founder Bill Gates has increased his fortune by around $6 billion as well.

All this comes at the same time that the economy has undeniably imploded for working people. A record 36 million Americans have filed for unemployment insurance, with millions more losing their employer-based healthcare plans, and around a third of the country not paying its rent. Schools, factories, offices, and other businesses remain shuttered. The Trump administration has promised to provide $1,200 to every citizen, but it will be months before everyone receives their check. As a result, there has been an explosion in the use of food banks, as desperate citizens line up for hours in the hopes of receiving a box of food.

The study, based on figures from Forbes’ annual global billionaire survey, found that Amazon CEO and world’s richest individual Jeff Bezos was the biggest winner during the period of crisis, adding a massive $30 billion to his wealth. If he continues at the current rate, Bezos will become the world’s first trillionaire by 2026, with other oligarchs not far behind. This is possible primarily because of the hyper-exploitation of his workforce; Amazon warehouse employees are infamously forced into wearing adult diapers or peeing in bottles, unable to take bathroom breaks. The company’s own data shows that one-third of its Arizona employees depend upon food stamps to make ends meet. In Pennsylvania, it is the state’s nineteenth largest employer but fifth most common for those receiving SNAP benefits. Bezos’ workers have been organizing amid a pandemic that puts their lives at risk, but instead of providing them with living wages and proper protective equipment, he has given his employees at Whole Foods supermarkets with new uniforms proclaiming that they are heroes.

“When billionaires like Jeff Bezos see their wealth surge by tens of billions, as they command their underpaid, vulnerable and unprotected workers into the viral line of fire, we should rise up to demand accountability,” Chuck Collins, Director of the Program on Inequality for the IPS told MintPress News, noting that Bezos is on track to amass “a level of concentrated wealth and power that even the greatest kings and oligarchs could never have imagined.”

Even Tesla CEO Elon Musk has seen his wealth balloon by $11.3 billion, despite the fact that his California car plant has been closed for weeks. How could this be? One explanatory reason is the billionaire bonanza that is the Coronavirus Aid Relief and Economic Security (CARES) Act, passed last month. A nonpartisan congressional body found that 82 percent of the tax benefits will go to those earning over $1 million per year, with exponentially more for the ultra wealthy elite. In contrast, less than three percent goes to the great majority of us who earn less than $100,000 per year. Safe in the knowledge that billionaires will not have to bear the brunt of the costs of the pandemic, their wealth has shot up. “Rising billionaire wealth during a pandemic reveals a level of unequal sacrifice that is unseemly and immoral,” Collins added.

Of course, the money is not coming from nowhere. It is certainly not coming from billionaires’ hard work. It is coming from us: from our pockets and those of the global poor, who will be forced to pay for the virus and the huge tax cuts later. The fact that billionaires’ wealth is rising so rapidly in a period of economic collapse is a sign that the rich’s wealth is barely even connected to productive forces anymore and has more to do with how much wealth one can take from public coffers.

Feature photo | A protester carries a sign that reads “Unionize Amazon Tax Bezos,” while riding a bike during a car-based protest, May 1, 2020, at the Amazon Spheres in downtown Seattle. Ted S. Warren | AP

0 thoughts on “Study: Coronavirus Has a Been a Massive Boon for America’s Billionaires”