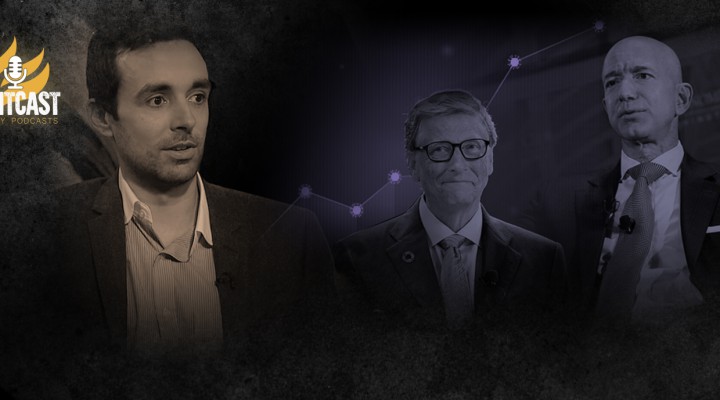 In this segment of Mintcast, journalist and author Alan MacLeod discusses how COVID-19 became a boon for the ultra-wealthy and allowed America’s billionaires to accrue more wealth in just three weeks of lockdown than they made in total prior to 1980.

Welcome to MintCast, the official MintPress News podcast hosted by Mnar Muhawesh. MintCast is an interview podcast featuring dissenting voices, independent researchers, and journalists the establishment would rather silence.

In this episode, we are joined by MintPress News senior staff writer, Alan MacLeod. MacLeod covers everything from socioeconomic inequality, the oligarch class in Western nations, U.S. foreign policy in the Global South, and press freedom. He is also the author of “Bad News From Venezuela: Twenty Years of Fake News and Misreporting and Propaganda in the Information Age: Still Manufacturing Consent.“

Since April, he has uncovered how COVID-19 came to be a boon for the ultra-wealthy, reporting that America’s billionaires, including Jeff Bezos, Bill Gates, Warren Buffet, Michael Bloomberg and others, accrued more wealth in the first three weeks of the lockdown than they made in total prior to 1980. Billionaire wealth surged by $484 billion in just three months, while a record 40 million Americans filed for unemployment.

In the last 30 years, U.S. billionaire wealth soared by over 1100 percent while median household wealth increased by barely five percent. In 1990, the total wealth held by America’s billionaire class was $240 billion; today that number stands at $2.95 trillion. Thus, America’s billionaires accrued more wealth in just the past three weeks than they made in total prior to 1980.”

While the pandemic and subsequent lockdown turned the world upside down for working-class people, forcing upon them school closures, long lines at the grocery store, empty shelves, panic buying, record unemployment, and miles-long bread lines, little media attention was given to the Billionaires buying islands and land where they could enjoy life in first-class bunkers built to withstand a nuclear war.

If anything, the coronavirus has lifted the veil to expose the growing inequality in the United States, an unfortunate reality in the world’s richest country.

Macleod leaves us with a salient statistic, explaining that while Amazon owner Jeff Bezos makes $1 million every three minutes, “Amazon staff, directly employed by Bezos, also risk their lives for measly pay. One-third of all Amazon workers in Arizona, for example, are enrolled in the food stamps program, their wages so low that they cannot afford to pay for food.”

Alan MacLeod joins MintCast to explain all of this and how the coming economic crash that is expected to contract the economy by 40 percent will only advance the interests of America’s ultra-wealthy and increase their wealth even further.

America already faces a reality in which less than one thousand billionaires influence policies that ensure more tax obligations for the working class to the benefit of ultra-wealthy oligarchs. Corporate media ensures this reality by presenting billionaires in a positive light, often as philanthropists who run charitable organizations. Yet, in reality, they are little more than big fish eating off of the hard work of the working class.