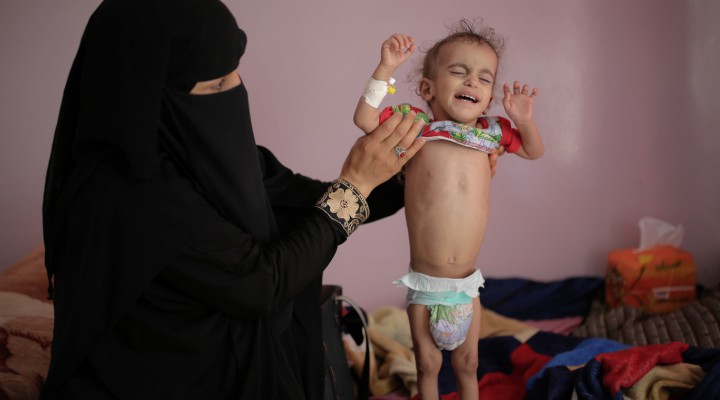 The State Department’s decision to designate Yemen’s Houthi Rebels as a terrorist organization was immediately condemned by humanitarian organizations.

MPN- Outgoing Secretary of State Mike Pompeo announced yesterday that the United States will be designating Yemen’s Houthi rebels a terrorist organization and increasing sanctions on the already beleaguered nation.

“The Department of State will notify Congress of my intent to designate Ansarallah – sometimes referred to as the Houthis – as a Foreign Terrorist Organization (FTO), under section 219 of the Immigration and Nationality Act,” read an official statement.

Pompeo acknowledged that “these designations will have an impact on the humanitarian situation” but implied it was a price worth paying in “advancing efforts to achieve a peaceful, sovereign, and united Yemen that is both free from Iranian interference and at peace with its neighbors.” In other words, he was signaling U.S. intent to quash the Houthi rebellion and win the Yemeni Civil War on behalf of Saudi-backed president Abdrabbuh Mansur Hadi.

The State Department’s decision was immediately condemned by humanitarian organizations. “The Trump administration’s decision to designate the Houthi movement in Yemen as a Foreign Terrorist Organization is both reckless and destructive,” wrote Refugees International. “Coming just days before Trump leaves office, the designation will complicate diplomatic efforts to end the war in Yemen and will disrupt relief efforts for the world’s worst humanitarian crisis…it is difficult to imagine a more irresponsible decision,” they added.

The United States has played an oversized role in the conflict, supplying weapons to the Saudi-led coalition. In 2017, the Trump administration announced that it had signed a deal to sell $350 billion worth of arms to Saudi Arabia alone. In addition to the weaponry, the U.S. has trained much of the Saudi armed forces, providing essential military infrastructure and logistical support, and even refueling Saudi bombers in the air and supplying targeting guidance on the ground.

The Saudi coalition (which includes other Middle Eastern monarchies such as Bahrain and the United Arab Emirates) has targeted civilian buildings for years, with Oxfam calculating that 200 raids — equivalent to one every ten days for the duration of the war — have been carried out against medical and water infrastructure.

Pompeo continued: “We have expressed our readiness to work with relevant officials at the United Nations, with international and non-governmental organizations, and other international donors to address these implications,” he wrote. Yet, in reality, the U.S. government spent the whole of last year pressuring international bodies like the United Nations to reduce their aid to Yemen in order to conduct a campaign to starve the Houthis into submission. As a result, international aid to the country fell to just 25 cents per person, per day, only about half of what it was in 2019.

This is nowhere near enough. The country topped the list of the International Rescue Committee’s most pressing humanitarian crises of 2021. Around 80% of the population is in need of assistance, with 20.5 million people inside Yemen lacking access to clean water and sanitation.

Among other reasons, Pompeo’s justification for the sanctions (although he had already been considering the idea for months) was the December 30 terrorist attack at Aden International Airport which left at least 27 people dead and dozens more injured. President Hadi and his new government had been returning from Saudi Arabia, where they had been sworn in, only to return to an airport resembling a war zone. Houthi spokespersons denied responsibility for the incident. They also condemned the State Department’s latest move. “The policy of the Trump administration and its behavior is terrorist,” movement leader Mohammed Ali al-Houthi said. “We reserve the right to respond to any designation issued by the Trump administration or any administration.”

While the Trump administration attempts to punish Yemen, Iran is also trying to appeal to international law to extradite American leaders. Last week, it put out a request to Interpol to arrest Trump and 47 other government officials for their role in the assassination of General Qassem Soleimani in January last year. Unlike the attack in Aden, there is no doubt about the identities of Soleimani’s killers, the Trump administration seemingly proud of its work in “taking out the world’s number one bad guy” as CNBC described him. Interpol immediately denied Iran’s request.

Another controversial target of Washington’s ire is International Criminal Court (ICC) Chief Prosecutor Fatou Bensouda. In retaliation to the Gambian lawyer looking into U.S. war crimes in Afghanistan, the Trump administration has levied sanctions against her. “The ICC is corrupt, politicized and incompetent. Chief prosecutor Fatou Bensouda abused her authority, engaged in corrupt acts for her personal benefit, and wasted millions with malicious prosecution of American personnel,” Pompeo tweeted on Saturday.

While this response might seem an overreaction, the United States has an active law nicknamed “the Netherlands Invasion Act” which states that if the ICC ever tries to press charges against American officials, the U.S. will invade the Netherlands in retaliation. The legislation was passed by the Bush administration soon after the invasion of Afghanistan to protect himself and his associates from any international legal consequences.

A Manufactured Crisis: How Saudi Arabia Uses Oil to Bring Yemen to its Knees

Back to the present, Pompeo concluded by stating that, “Progress in addressing Yemen’s instability can only be made when those responsible for obstructing peace are held accountable for their actions.” Presumably, he was not referring to his own efforts in prolonging and intensifying the conflict.

0 thoughts on “As US Sanctions a Starving Yemen, Iran Asks Interpol to Arrest Trump”