HOME / WORLD / 2021’s Most Pressing Humanitarian Crises Are All Victims of US War, Regime Change 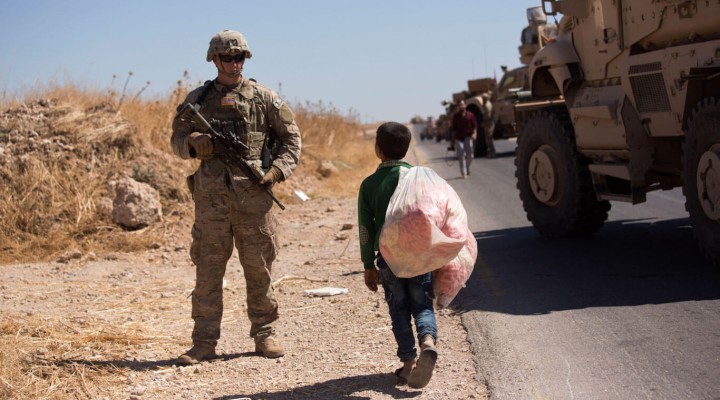 A new report highlights 2021’s most pressing humanitarian crises and perhaps no surprise to many, victims of US wars and regime change efforts top the list.

MPN– The International Rescue Committee’s (IRC) yearly report on the world’s most pressing humanitarian situations has just been published, with the three most disastrous cases — Yemen, Afghanistan, and Syria — all the product of decades of interventionist U.S. foreign policy.

For the third year in a row, Yemen has topped the IRC list, the report estimating that 80% of the country’s 29 million citizens are in need of humanitarian assistance. “The world is facing unprecedented humanitarian emergencies—as well as a political crisis of inaction by world leaders,” they warn.

20.5 million people inside Yemen lack access to clean water and sanitation. This is in no small part due to the five-year-long Saudi-led coalition onslaught against the country, which has seen over 200 targeted attacks against medical or sanitation infrastructure — equivalent to one air raid every ten days. As a result, half of all health facilities are not functioning properly, and over half of the country’s children are permanently physically stunted due to malnutrition. The Yemeni rial has lost a quarter of its value this year, with food and fuel prices increasing amid shortages. Women and girls are disproportionately affected by the crisis; one million pregnant women are also malnourished.

Despite the devastation, humanitarian support to the country has actually been decreasing, thanks to the work of the Trump administration. Throughout 2020, Secretary of State Mike Pompeo has been successfully pressuring the United Nations and its donor nations to scale back aid to Yemen in an attempt to starve the Houthi Rebels into submission.

“A consequence of over five years of war and severe underfunding that has pushed the country to new lows in 2020,” the report notes, although it does not point any fingers at the United States. “Yemen faces a triple threat from conflict, hunger, and a collapsing international response,” said Abeer Fowzi, the IRC’s deputy nutrition coordinator.

At the end of 2020, malnutrition for children under 5 was the highest ever recorded, yet, in the face of an unprecedented threat, the world has turned its back on Yemen. Never before have Yemenis faced so little support from the international community – or so many simultaneous challenges.”

The other countries on the IRC’s top ten most concerning humanitarian situations included:

4. The Democratic Republic of the Congo

What is striking about the three most pressing cases is the role of the United States in worsening the problem. The U.S. invaded and occupied Afghanistan 19 years ago and continues to refuse to leave, flooding the country with arms and propping up its chosen political factions. Syria, meanwhile, is the site of a bitter international conflict confusingly labeled a civil war, where the great powers, including the U.S., vie for control of the Middle Eastern nation, fuelling continual violence that has led to a crisis of 5.6 million refugees and a further 6.7 million internally displaced people, according to the IRC report. While once a reasonably prosperous nation, today 90% of the population lives below the poverty line. Meanwhile, Venezuela has faced years of crippling American sanctions that one United Nations rapporteur compared to a medieval siege, estimating they had cost the lives of over 100,000 Venezuelans.

However, the obvious role that the U.S. government has played in destabilizing or destroying so many nations on the list is not remarked upon. Indeed, the words “United States” are not mentioned anywhere in the 59-page report. One potential reason could be that the IRC, headquartered in New York City, is substantially funded by the U.S. government through its Office of Foreign Disaster Assistance, Bureau of Population, Refugees and Migration, the U.S. Agency for International Development, and the Department of Health and Human Services.

While the U.S. has contributed over $2.5 billion in aid to Yemen, that number pales in comparison with weapons sales to Saudi Arabia, the chief driver of the violence in the country. American made bombs continue to be dropped by American made jets, maintained by American operatives, and flown by American trained pilots. And even as he leaves office, President Trump is making a point of showering the Saudis with gifts.

While the damage 2020 has done to the world cannot be undone, the IRC warned that 2021 could be just as important from a humanitarian point of view. “2020 will go down as one of the most turbulent years in history, but the next year will be remembered for how we either helped or turned away from those suffering the most,” they stated.

Feature photo | A Syrian boy selling snacks looks at a U.S. soldier standing guard in the so-called “safe zone” on the Syrian side of the border with Turkey, near Tal Abyad, Syria, Sept. 8, 2019. Maya Alleruzzo | AP

0 thoughts on “2021’s Most Pressing Humanitarian Crises Are All Victims of US War, Regime Change”