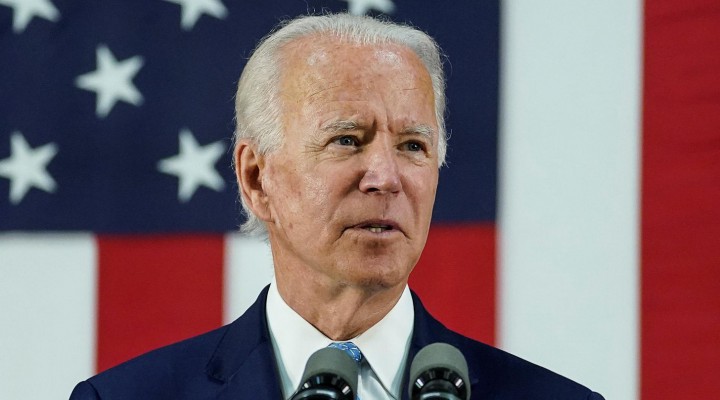 During this whole stupid US presidential race I heard very few arguments in favor of a Biden vote that struck me as anything more than the product of ignorance, propaganda distortion and partisan hackery. He’ll probably be worse than Trump on war. His climate proposals are as much a band-aid on a sucking chest wound as his plans for economic justice. There’ll still be racism in America. The fact that Trump ended up deporting far fewer undocumented immigrants than Obama means Biden’s presidency probably won’t even help things on that front.

As far as real changes that affect normal people, the coming Biden presidency doesn’t offer many things to be especially hopeful about.

But there was one item on the Democratic Party’s platform this election season that especially conscious people sometimes point to which I absolutely could respect as a good reason to vote for Biden. It reads as follows:

“Democrats will end support for the Saudi-led war in Yemen and help bring the war to an end. This war is responsible for the world’s worst humanitarian crisis, and it amplifies threats to the region and to our interests. Democrats believe that the United States should support diplomatic efforts—not block them.”

“Vice Pres­i­dent Biden believes it is past time to end U.S. sup­port for the war in Yemen and can­cel the blank check the Trump admin­is­tra­tion has giv­en Sau­di Ara­bia for its con­duct of that war,” Biden cam­paign spokesper­son Andrew Bates told the Wash­ing­ton Post last year.

Now, you can believe them or not; it doesn’t matter. The important point is that, while Trump vetoed congressional attempts to save Yemen (arguably the single most evil act of his entire administration), Biden campaigned on ending the war. He should therefore be pushed on that issue constantly, every time the opportunity presents itself.

"All this death and suffering is entirely man-made, and it is entirely the fault of the US-centralized power alliance." #Yemen #YemenCantWait https://t.co/9kVr9APYGX

The mass atrocity that is the Yemen war is without a doubt the single worst thing that is happening in our world right now. People don’t like to look at it, they don’t like to think about it, but it is. And it is entirely, and deliberately, man-made.

A coalition led by the US-aligned Saudi Arabia and United Arab Emirates has been hammering the poorest country in the Middle East with unbelievable savagery since 2015–armed and assisted by the US, UK, France, Australia, and Canada–in order to overturn a Houthi-led rebellion which ousted the previous US-backed central government. It’s an extremely uneven assault by an extremely powerful cluster of allies, and Washington sits at the head of that power alliance.

Tens of thousands have been killed by the endless rain of western-manufactured explosives dropped from the sky by the Saudi coalition, and hundreds of thousands more have died from starvation and disease due to Saudi Arabia’s inhuman blockades on imports and its deliberate targeting of farms, fishing boats, marketplaces, food storage sites and cholera treatment centers with airstrikes. The goal is to make Houthi forces so miserable and hungry that they give up, no matter how many civilians they need to kill in the process.

It’s hard to get accurate figures from an information ecosystem with so little interest in the matter–for years the mass media kept reporting that only 10,000 had died despite that statistical stasis being an obvious impossibility in an ongoing war. An analysis of United Nations data found that 85,000 children under five have died of extreme hunger and disease since the start of the war, but that was two years ago. Another UN report estimated nearly a quarter million people have died in the war, but that was a year and a half ago. Both numbers are necessarily much larger by now.

Now that Joe Biden has been declared president-elect, he needs to start working immediately to end the Yemen war that he helped start. There are things he can do before he takes office to hasten the war's end. And on day one he can shut it down. My latest. https://t.co/VFNndd1P3d

In an article titled “Joe Biden Said He’s Against the Yemen War. He Needs To End It on Day One.“, Sarah Lazare of In These Times argues that Biden is fully capable of ending the war in Yemen immediately upon taking office, and due to his role in the Obama administration when the war began, he has a special responsibility to do so. Lazare cites the analysis of two experts, Has­san El-Tayyab, lead Mid­dle East pol­i­cy lob­by­ist for the progressive organization  Friends Com­mit­tee on Nation­al Leg­is­la­tion, and Erik Sper­ling, exec­u­tive direc­tor of Just For­eign Pol­i­cy.

“By exec­u­tive order, Biden could get the Pen­ta­gon to end intel­li­gence shar­ing for the Sau­di coali­tion airstrikes, end logis­ti­cal sup­port, and end spare parts trans­fers that keep Sau­di war­planes in the air,” El-Tayyab told In These Times. ​“He could restore human­i­tar­i­an assis­tance to north­ern Yemen. He could use his pow­er as pres­i­dent to put pres­sure on oth­er nations that are sup­port­ing the Sau­di coali­tion — like France, the Unit­ed King­dom and Cana­da — and get them to fol­low suit. He could have the State Depart­ment put a stop on all arms sales to Sau­di Ara­bia unless they meet cer­tain benchmarks.”

“With­out the moral cov­er from the Unit­ed States, they would be dis­in­cen­tivized to con­tin­ue the war,” adds El-Tayyab.

“Biden has com­mit­ted to end U.S. par­tic­i­pa­tion in the war on Yemen as pres­i­dent,” Sperling told In These Times. “But he must make clear that it will include any kind of assis­tance — as Oba­ma offi­cials Rice, Pow­er, Rhodes and oth­ers have urged — includ­ing intel­li­gence shar­ing, logis­tics sup­port and spare parts for war­planes.”

“He should pub­licly and pri­vate­ly tell the Saud­is that he will do this on day one,” Sperling added. “This will pres­sure them into nego­ti­a­tions and may end the war before he even enters the White House.”

“President Biden doesn’t need a Senate majority to end the genocide in Yemen,” tweeted journalist Walker Bragman, who has reported on the conflict extensively. “He could end U.S. military involvement in Yemen and support for the Saudi-led coalition on day one. He pledged he would end arms sales during the campaign, but given who Biden is, gotta start making noise now. Yemen needs medical supplies, food, clean water, and humanitarian aid.”

I'm glad Trump is out of office, but let's not forget or forgive what Obama & Biden ignited in #Yemen. 30 million people in my country of birth continue to suffer after 6 years of U.S./Saudi brutality. They, too, deserve to live free from oppression. https://t.co/2QpiZ9re8R

If the United States had a real free press, this subject would come up every single interview and every single press conference that Biden does. If journalism actually existed in mainstream media, he would be grilled on this issue any time he’s near a camera. What’s the plan for ending the war? What steps has he taken to enact that plan? Has he called the Saudis yet? How about the other US allies who are backing the slaughter? What specifically is happening, and when?

There is no legitimate reason this should not happen. Yemen is the single most pressing issue in the world, Biden bears responsibility for it, and he said that he would end it. If there were an actual free press in America holding power to account and asking the important questions of their leaders, Biden would be interrogated on this subject with unrelenting urgency every time an opportunity presented itself.

And of course we know this will not happen. We know the United States of America does not actually have a free press holding power to account and asking the important questions of their leaders; it has plutocrat-owned royal court stenographers who cultivate warm relationships with power and regurgitate back to their gullible audiences whatever lines they’ve been fed. We know they’ll give the nice old man who they aggressively protected from scrutiny during the election as much comfortable space as he needs and let him say whatever he wants to say on his own terms when he feels ready.

But it should happen. And the most powerful government on earth should have a free press holding power to account. And the butchery in Yemen should be ended. Immediately.