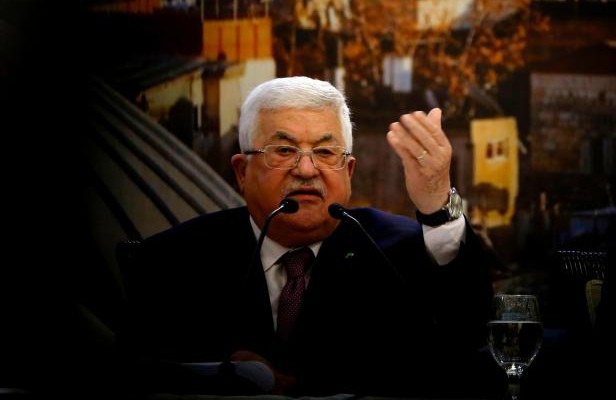 The Palestinian Authority and its president have lost all legitimacy

In the past few days, thousands of people have been demonstrating throughout the West Bank over the killing of activist Nizar Banat, who was violently arrested at his home by Palestinian Authority (PA) security forces and beaten to death in custody. Protestors, mostly young people, have been openly and unequivocally calling for the removal of PA President Mahmoud Abbas.

Meanwhile, posts condemning the PA and accusing it of collaborating with the Israeli occupation have been all over social media. Widely circulated was an old video of Abbas pledging to resign if even only five people were to hold a demonstration calling on him to quit.

The overwhelming majority of Palestinians, both in the homeland and in exile, are increasingly convinced he will never keep that promise. When thousands gathered outside his Ramallah headquarters demanding his departure, the response they got was bullets and beatings.

Abbas’ supporters say it is unfair to blame him: a commission has been formed to investigate Banat’s murder, and its findings will be expeditious and transparent and lead to the punishment of all guilty parties. Critics answer that all the facts in the case are already known – including the identities of the operatives who raided his home at 3 am – and the investigation is mere eyewash. They doubt the security chiefs who ordered the killing will ever be held to account – or if Abbas even has the power to do that, given the extent of Israeli and American influence over them and the fact that they are funded by the US separately from the PA’s budget.

Banat’s assassination gave vent to mounting public anger over a host of recent catastrophic PA decisions and mistakes: its purchase of expired coronavirus vaccines from Israel; its collusion with the occupation during the latest war on Gaza; its silence over mass Israeli roundups of Palestinian activists in Jerusalem and elsewhere; its derision of people trying to stand up to the occupation; and its cancellation of scheduled legislative and presidential elections.

The PA presumes it can fob off the protestors who have taken to the streets in most West Bank towns by forming committees of inquiry, while counting on the time factor for grievances to be forgotten, and orchestrating embarrassing pro-PA counter demonstrations by loyalists. This is not only a losing bet but a foolish one. Those placing it have no idea of the extent of the anger simmering on the Palestinian street – because they are totally detached from that street, living in the delusions of a long-gone past, and thriving on corruption and its lucrative proceeds.

In its current parlous state, the Palestine Liberation Organisation (PLO) no longer represents the Palestinian people and has no right to speak in their name. Its institutions have become a mockery. It is too ragged to be mended by patch-ups any longer. A new and unsullied cloak is needed that can meet the aspirations of the young generation of Palestinians who achieved victories in al-Aqsa, Sheikh Jarrah, Silwan, Hebron, and Nablus, not to mention Gaza.

The PA is not only a burden on the Palestinian people due its functional role of serving the occupation. It has also become a burden on its backers and sponsors, especially in Washington and Tel Aviv. Representation of the Palestinian people has effectively been taken over by the resistance movements that defeated the occupation and stood up for Jerusalem — just as the Fateh movement did in the 1960s through its armed struggle.

Two striking developments in the past few days may provide clues to what is being cooked up for the period ahead.

First, Saturday’s meeting of the Fateh Central Committee praesidium, from which Abbas was absent for the first time. Mahmoud al-Aloul stood in for him, and no explanation was offered for his absence. Some suggest it was as a security precaution, others think it was for health reasons or a prelude to his resignation.

Second, the surprise arrival in the Gaza Strip via the Eretz crossing of former PA prime minister Salam Fayyad. His meetings there with Hamas, Fateh and independent figures raised many questions. The legislative elections that Fayyad wanted to contest as an independent have been called off. So might the current prime minister Mohammad Shtayyeh be scapegoated, and replaced by Fayyad as head of a much-talked-about new national unity government?

It must be repeated for the thousandth time that the catastrophic situation in which the Palestinian people are living is not due to the killing of an activist, a failed government, or an expired vaccine. It is due to a political and security approach that works against the Palestinian people’s constants, strengthens and helps perpetuate the occupation, takes away freedoms and kills some of the best of its own people – outperforming the occupation itself in this regard.

Palestinians in the West Bank have begun reverting strongly to popular resistance, following the lead of their compatriots in Gaza, and as a prelude to something more in future.

Abbas’ shortest route to salvation is to heed the protestors demanding his resignation. To keep his promise, cut his losses, and stop all the patch-ups. People have been changed by recent developments. If they can resist the occupation, they can also uproot the PA and replace it with a decent new regime — one that is patriotic and transparent and focused on resistance in all its forms.

0 thoughts on “Will Mahmoud Abbas leave?”