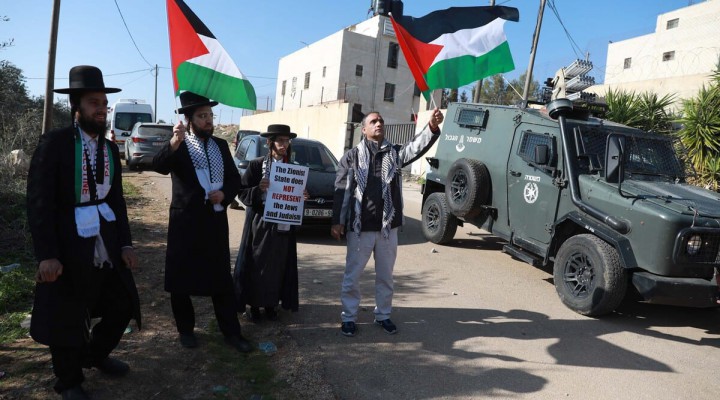 Two weeks ago, while the international community was busying itself with statements condemning Hamas rockets in an attempt to steer the narrative away from Israel’s colonial expansionism, Palestinians were also protesting the forthcoming construction of 350 settlement dwellings in Beit El, which were approved by the Israeli government late last year. Had the UN not exhibited its complicity in protecting Israel, it would indeed be considered unbelievable that the mainstream narrative, so steeped in Israeli propaganda, could take precedence over the Palestinian experience of colonial violence and dispossession

Clearly, the “settlements are illegal under international law” rhetoric has no effect upon Israel, not even with a looming investigation into war crimes by the International Criminal Court. The latest display of settlement expansion indicates how the international community is obstructing the slightest recourse of justice for the Palestinian people, given the discrepancy between The Hague’s focus on criminal liability, and the UN’s obsession with guaranteeing Israeli impunity.

At the ceremony inaugurating the settlement building, Israel’s Health Minister Yuli Edelstein declared: “Settlements and [the] land of Israel are more important than any person or any political situation.”

Settlement expansion is a political situation that Israel keeps perpetuating. Edelstein, however, is correct in stating the government’s exploitation of the people in order to further its colonial project.

For Palestinians, it has meant decades of dispossession, which rendered the Palestinian people refugees in what seems to be a permanent status, although Israel would like to see that status revoked without any form of reparation.

Palestinian, Israeli, and foreign activists lift banners and placards during a demonstration against Israeli occupation and settlement activity in the Palestinian Territories and east Jerusalem, in Jerusalem’s Palestinian Sheikh Jarrah neighbourhood, on March 19, 2021 [AHMAD GHARABLI/AFP via Getty Images]

Settlers, on the other hand, fulfil what the Israeli government needs in order to retain absolute control over Palestinian territory. Israel depends on its settler population, yet its importance is directly linked to the colonial project and nothing else. The only reciprocity in terms of complicity between state and settlers is a contract based on violence. Settler violence, sanctioned by the colonial state, aids in the displacement of the Palestinian people. Hence Edelstein’s comment holds a shard of truth that exposes the dynamics of Zionism, which makes the war crimes accusation by the ICC even more meaningful.

While the international community, in perfect harmony with the Palestinian Authority, insists upon maintaining the two-state compromise’s relevance to settlement expansion, Israel is imparting statements that go beyond the international community’s parameters. There is no challenge to Edelstein’s comment, in the same way that Israel’s colonial expansion has continued unabated for decades. Even in the aftermath of the Abraham Accords, Edelstein’s words have been granted impunity, despite their manifesting contempt of international law, which the UN is so fond of quoting but never applying.

If settlements, as a political exercise, go beyond any “political situation” as far as the Israeli government is concerned, the international community ought to be expressing concern at allowing a single entity to reap such exploitative power. While Edelstein may attempt to disguise settlement expansion as a right based upon myths, the international community is under no obligation to acquiesce to such a narrative. The downside is that the UN’s objection, which it voices in the blandest and most perfunctory statements bearing no repercussions for Israel, is too invested in its own complicity with maintaining the settler-colonial state.