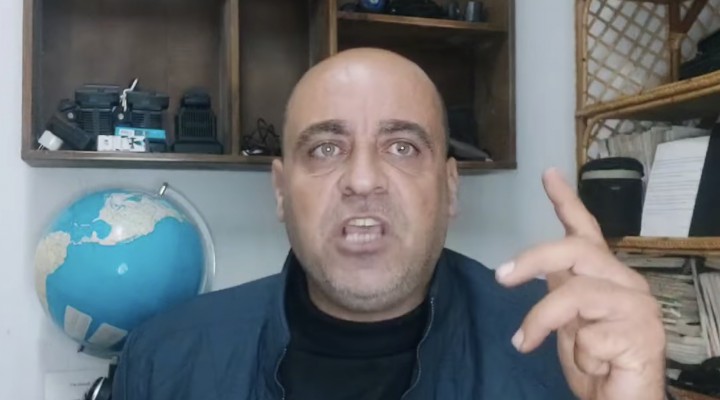 Nizar Banat was deliberately murdered. The security forces that raided the outspoken activist’s home in the pre-dawn hours of Friday and beat him with iron rods in front of his wife and children were the assassins. But the main responsibility lies personally with the president of the Palestinian Authority (PA), Mahmoud Abbas. A crime like this could never have been committed without his knowledge, authorisation, and incitement. The thousands of mourners who gathered at Banat’s funeral in his hometown south of Hebron on Friday were right to demand his removal and the downfall of the PA.

The autopsy concluded that Banat died an ‘unnatural death’ caused by blows to his head. His executioners were evidently acting under orders to eliminate him. The PA’s promise to conduct an investigation, independent or otherwise, is a waste of time, aimed at getting the crime forgotten and directing blame away from the real criminal.

The PA security forces, 25 of whose members assaulted a defenceless critic whose only weapons were his voice and pen, have become as bad as the Israeli occupation forces they work for and take orders and instructions from. The Palestinian people should start treating them both the same way.

This shameful and provocative assassination was carried out while Palestinians everywhere were celebrating the success of the Palestinian resistance in fighting off the latest Israeli assault on the Gaza Strip. It should not have come as a surprise. These security forces positively boast about their success in preventing any resistance to the occupation in the West Bank and spying on activists and passing information about them to the Israeli security agencies so they can arrest or kill them.

Having chosen to side with the occupation against its people, this Authority has no qualms about silencing any voice critical of its behaviour and collusion. It has lost all legitimacy and come to represent the occupation and its plans rather than the Palestinian people. They need to be rid of it as soon as possible.

Nizar Banat was a true patriot who bravely defied the PA and the occupation’s guard-dogs, and fearlessly devoted his voice and pen to upholding his values and beliefs, like thousands of other Palestinian martyrs and prisoners.

It is disgraceful for the PA to cry foul over Israel’s stifling of freedom of expression and its countless acts of repression, murder and detention against Palestinians, and at the same time commit the same crimes itself.

The Palestinian people will neither forget this murder nor forgive the killers and their leaders.

0 thoughts on “The murder of Nizar Banat”