HOME / WORLD / The Saudi campaign against the Palestinians 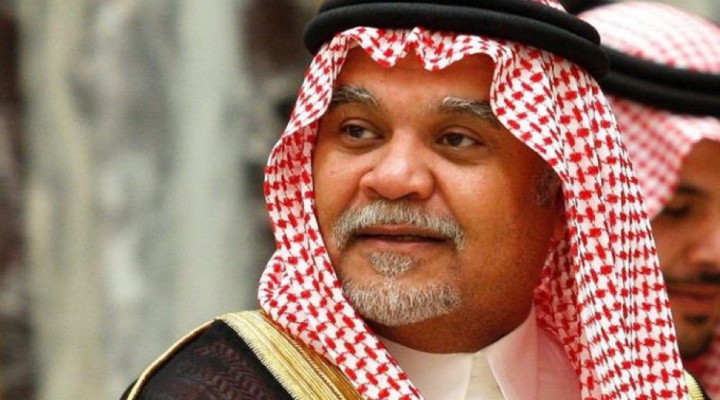 In June 2006, about a week after Israel’s assault on Lebanon began, a Saudi delegation visited Washington and met with President George Bush Jr., who made an exception to receive them at the White House on a Sunday. The delegation was led by the then foreign minister, Prince Saud al-Faisal, and included the national security advisor and former ambassador to Washington, Prince Bandar bin-Sultan, and the serving ambassador and ex-intelligence chief, Prince Turki al-Faisal.

The day after that meeting, the three princes sent a special envoy to London to deliver an important public message via the media based there. Its gist was that Saudi Arabia and Israel were ‘on the same page’: Israel had done a strategic service to the kingdom by defeating its worst enemy Gamal Abdel-Nasser in the June 1967 war; and again by getting rid of its other adversary Saddam Hussein in the 2003 US invasion of Iraq; and was now repeating the favour by destroying a third foe, Hezbollah, in its current war on Lebanon.

I remember this well, because I was invited at the time to appear on BBC television’s Panorama programme to discuss this Saudi message and its implications. That memory comes to mind now due to the three-part interview given by Prince Bandar to the semi-official al-Arabiya channel in which he launched a scathing attack on the Palestinian people and their leaders.

I will not go into the details of that interview. But it is important to point out its real purpose. This is not said in defence of the Palestinian leadership. I have long been highly critical of it and its policies, especially its signing of the disastrous Oslo Accords that turned its security forces into Israeli settlement guards (I rejected an invitation to attend the signing ceremony at the White House in 1993).

Bandar would never have spoken as he did on a state-controlled channel without approval and instructions from the current leadership of the Saudi ruling family. The massive promotion and publicity accorded to the interview by Saudi-funded media makes it clear that its aim was to pave the way for formal and public Saudi normalisation with Israel – in the footsteps of Egypt, followed by Jordan, and latterly the UAE and Bahrain.

Most of these states used their media to launch hate-campaigns against the Palestinians, demonising them and dismissing their cause, to justify their normalisation moves. The current Saudi media campaign is no exception.

If the current Saudi ruling authorities want to normalise and sign ‘peace’ agreements with Israel, they should do so without resorting to such cheap methods based on blaming the victim and defending the aggressor and its indefensible record.

This hostile Saudi stance is undoubtedly a setback for the Palestinians and their cause. Saudi Arabia remains a major regional power which has an important status in the Arab and Islamic worlds. The Palestinian people have not forgotten the support it provided in the past, especially under the late King Faisal, who paid with his life for the oil embargo he imposed during the 1973 war. But the current leadership’s policies will cost the kingdom much of its authority and legitimacy as custodian of the holy places and leader of the Islamic world, as well as its standing among many of its own subjects.

Bandar gloated in his interview that the Palestinians have no friends left except Iran and Turkey. There is no shame in that. These are the two most dynamic and self-sufficient countries in the region. But the statement is untrue. The Palestinians may have lost the support of some Arab governments, especially in the Gulf, but they have certainly not lost the support of the Arab and Gulf peoples.

Good luck to the normalising Arab regimes, old and new. Let them enjoy their relationships with their newfound Israeli friend and their indulgence of its designs – which extend to their own territory.

And let’s all see how long they last.

0 thoughts on “The Saudi campaign against the Palestinians”