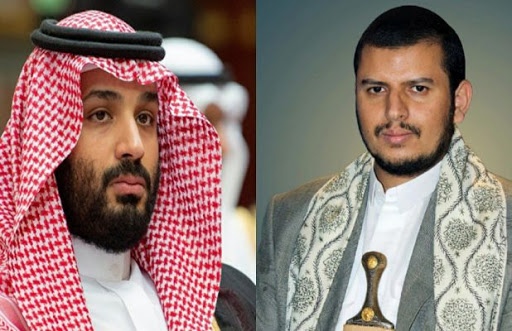 It hasn’t taken long for Donald Trump’s departure and the advent of a new US administration led by Joe Biden to start impacting on the Middle East and raising tensions in the region. Saturday night’s missile attack on the Saudi capital Riyadh, and the alarm it caused in many Western and Arab capitals, can be seen in this context. The US State Department was quick to condemn the raid and offer to help Saudi Arabia defend against attacks on its territory and hold the perpetrators to account.

When denunciations come rushing in from Washington, London, Paris and Berlin along with Egypt and the Gulf Cooperation Council (GCC) states including Qatar, that suggests there was more to the incident than the interception of a missile directed at Riyadh airport, as reported by the Saudi media. This was not the first time the airport has been subjected to such an attack and forced to suspend air traffic briefly.

Several points should be noted to appreciate the significance and implications of this incident.

First, Yemen’s Houthi Ansarullah movement, which the Saudi authorities accused of being behind the attack, categorically denied launching any missiles in the direction of Riyadh. The group stressed that if it had been responsible it would have said so. Indeed, it would have boasted about and taken pride in it as justified retaliation for incessant Saudi airstrikes on Yemen, as it did with previous attacks.

Second, the US statement condemning the attack described it as an apparent attempt to target civilians. The US administration is bound to know more than it lets on about the incident given its intelligence assets in and satellite surveillance of the region.

Third, a new player made an appearance in the conflict. An unknown group calling itself Alwiyat Waad al-Haq – al-Jazeera al-Arabiya (‘Righteous Pledge Brigades – Arabian Peninsula’) issued a statement on Telegram saying it had launched a drone “from within the Arabian Peninsula” aimed at the Yamama Palace royal compound in Riyadh. Independent sources could not verify the authenticity of this claim or the organisation that made it.

Fourth, this mysterious attack and claim followed last week’s double suicide bombing in central Baghdad. Accusations were made that the atrocity was carried out by Islamic State group (Daesh) at the instigation of Saudi Arabia — with the implication that the subsequent attack on Riyadh was an act of retaliation.

We are facing a proxy conflict between Saudi Arabia and Iran — notwithstanding Iranian Foreign Minister Mohammad Javad Zarif’s insistence on Monday that his country does not have ‘clients’ in the region but only ‘allies’. This struggle currently pivots around the Yemen war. But it seems set to expand in the months and weeks to come as the US and Israel strengthen their presence in the Gulf via the recent normalisation agreements and the deployment of Israeli ‘Iron Dome’ missile systems at US bases there.

The day before the attack, Saudi authorities announced they had destroyed an Ansarullah drone and explosives-laden boat in the southern Red Sea. Prior to that, an attempted attack on an oil tanker was reportedly foiled in the port of Jeddah, where Houthi drones struck fuel tanks with pinpoint accuracy two months ago.

It could be that Saudi cells have been recruited to carry out attacks inside the kingdom as a way of putting pressure on the regime to end the Yemen war and get around the negotiating table with Iran. There is a precedent for this in the ‘Saudi Hezbollah’ group that emerged in the late 1980s. It is noteworthy that the investigation into last month’s bombing at Aden airport – just as ministers from the new Yemeni government formed under the Riyadh agreement were arriving — did not accuse Ansarullah or any other specific group of responsibility.

We do not know if Alwiyat al-Waad al-Haq is a real or fictitious organisation. But we do know that intelligence probes into previous attacks on Riyadh and oil facilities such as the Abqeiq complex, the nerve centre of the Saudi industry, concluded the missiles and drones used may have been launched from inside Saudi territory or from across the border in southern Iraq. Nothing can therefore be ruled out.

Worryingly for Saudi Arabia’s allies, this shadowy group’s statement threatened a further attack against Dubai, specifically. If that were to happen it would break a longstanding unwritten rule and set a serious precedent. Ever since the war on Yemen was launched five years ago, the UAE has been spared any retaliatory attacks even though it is Saudi Arabia’s main partner in the coalition it leads.

More unpleasant surprises could be in store for the region, and more dangerous times than even under Trump.

0 thoughts on “Dangerous times in the Gulf”