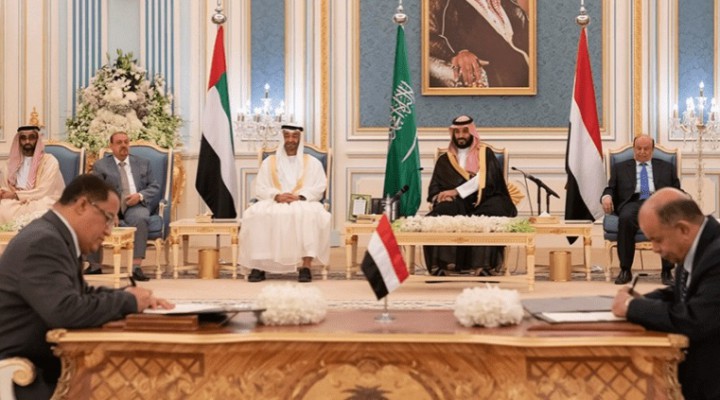 The world must urgently act to relieve the Yemeni people’s years-long suffering in the midst of what the UN previously described as the planet’s worst humanitarian crisis, however, according to the author, this will require difficult compromises on the side of each warring party and their international supporters.

The people of Yemen continue to suffer in the midst of what the UN previously described as the planet’s worst humanitarian crisis, which shows no signs of improving anytime soon considering recent back-and-forth strikes by the Ansarullah rebels and Saudi Arabia against one another.

Difficult compromises are required on the side of each warring party and their international supporters (both military and political ones alike), particularly the need for them to acknowledge the impossibility of achieving their envisaged maximalist outcomes.

The Ansarullah will never control the entirety of Yemen, nor will the Saudi-led coalition succeed in militarily restoring the writ of internationally recognized President Hadi’s government over the northern reaches of the country.

Against this backdrop, the Saudis’ renewed peace push in Yemen is certainly welcome, but it’s nevertheless incomplete. What’s crucially required is for all stakeholders to learn from the recent progress in peacefully resolving the Afghan War so as to bravely pioneer a new diplomatic track towards lasting peace.

The past week saw Moscow host another round of peace talks that resulted in a promising joint statement which indicated each party’s willingness to continue negotiations towards the end result of an inclusive government.

Russia’s diplomatic efforts complement Qatar’s as well as the upcoming US-proposed talks that are slated to be hosted in Istanbul next month. What these tracks have in common is that neutral parties are facilitating meaningful dialogue between the Ansarullah and Saudi led coalition and other stakeholders in the Yemen conflict.

In the Yemeni context, this excludes the GCC, the US, and Iran from hosting such talks considering that the first-mentioned is an active participant in the war, the second supporters the former, and the latter politically backs the Ansarullah rebels.

As such, other states with positive relations with all parties must step up to the plate to propose hosting peace talks between the warring sides and stakeholders, with the most viable among them arguably being Russia and Pakistan.

I wrote back in October 2019 that “Pakistan & Russia Might Hold The Keys To Iranian-Saudi Peace” after each of their leaders embarked on trips to the region around the same time as tensions were spiking between the two Gulf powers.

No progress was achieved, whether individually or jointly, though Pakistan and Russia’s relations with Iran and Saudi Arabia continued to improve in the year and a half since.

Moreover, intensified Pakistani-Russian diplomatic coordination in peacefully resolving the Afghan War has resulted in a newfound surge of trust between these two Old Cold War-era rivals which has served to accelerate their ongoing rapprochement.

It would therefore be a natural extension of their evolving relationship, particularly in light of the progress that they’ve achieved in Afghanistan thus far, to consider the possibility of jointly proposing to host Yemeni peace talks in their respective capitals.

This could solidify their rising diplomatic roles in becoming indispensable solutions to some of the world’s most seemingly intractable conflicts like Afghanistan.

Moscow already seems to be considering something of the sort with respect to Yemen after hosting the Southern Transitional Council (STC) last month while Islamabad’s offer of mediating between Riyadh and Tehran remains open, the latter of which can be indirectly accomplished by hosting Yemeni talks.

Even if those two don’t get involved in the proposed peace process, it’s still important for a neutral state to host such negotiations, though it should preferably be one with extensive experience in this field.

Any random country wouldn’t suffice, and while the Europeans might be interested in playing this role, it’s unlikely that the Ansarullah and their Iranian political supporters would trust them.

Observers should also remember that the Iranian nuclear deal hangs over the heads of every Western diplomat, and Tehran might suspect that this issue could be exploited throughout the course of Yemeni peace talks in a way that could put further pressure upon the Islamic Republic. By contrast, the Ansarullah and Iran don’t have the same concerns with Russia or Pakistan.

In any case, the proposed diplomatic track should first focus on immediately lifting the Saudi blockade of Yemen irrespective of whichever country or countries host this new process.

It’s the continued imposition of that crippling blockade that provokes the Ansarullah into asymmetrically responding to Saudi Arabia through drone strikes in Yemen, which in turn prompt reprisal attacks against them, the latter of which target economic and humanitarian infrastructure like grain silos as part of what many have compellingly claimed is the Kingdom’s genocidal war against its southern neighbour.

On the topic of back-and-forth strikes, a ceasefire must also be negotiated in parallel with lifting the blockade in order to put an end to this destabilizing tit-for-tat and thus relieve the Yemeni people’s suffering.

The other pressing issues that would eventually have to be addressed are the fate of the internationally recognized Hadi government and the final political status of South Yemen, which aspires to regain its independence.

Once again, difficult compromises are required. Concerning the first of these two associated issues crucial to the long-term viability of any political solution to the conflict, the only pragmatic outcome might be the interim federalization of the country between its warring sides along the line of control as it exists at the moment of the ceasefire.

The Ansarullah-controlled north would largely remain de facto independent while the south would remain de facto controlled by the STC but nominally under Hadi’s sway. The finer details of this arrangement – such as defence, taxes, parliamentary composition, travel between the two de facto internally partitioned halves, and so on – could be worked out later.

What’s most important right now is to freeze the state of military-political affairs as it currently exists considering the near-impossibility of altering it by force and how unacceptable the humanitarian consequences of such a move would be for the average Yemeni who’s already been suffering worse than anyone else in the world for over six years already.

The democratic restoration of South Yemen

As for the second of these associated issues, the only fair solution rests in allowing the South Yemenis to exercise their UN-enshrined right to democratic self-determination under a free and fair referendum, the timeline of which could be determined throughout the final stages of the peace process.

On that topic, the key question is whether a majority vote throughout the lands of the former Democratic Republic of South Yemen should suffice for granting the entirety of that territory independence or if its peripheral regions that might not agree with this outcome should reserve the right to remain within proposed Federal Yemen while the democratic secessionists regain a part of their historic state.

Of course, the internationally recognized Hadi government will probably oppose this pragmatic proposal since it almost certainly stands to lose its power, at least insofar as its nominal control of Aden goes, but his Saudi patrons must do their utmost to convince him that his purpose should be to serve as an interim leader in the run-up to this referendum.

Prognosticating that the outcome will see at least some geographic part of the former Democratic Republic of South Yemen opt for independence (most likely Aden and its immediate surroundings), the Hadi government would then have to relocate to whatever “loyalist” regions might remain, though provided of course that the pertinent peace agreement allows for regions that don’t vote for independence to stay within proposed Federal Yemen and not automatically join restored South Yemen.

With this likely scenario in mind, it’s therefore advisable to include such a clause in any prospective peace agreement in order to avoid stoking the fire for a secondary conflict within a newly independent South Yemen between Aden and the peripheral regions that might have voted against joining the revived state.

This option could also give the Hadi government a political future, though of course only if those people who would nominally remain under its writ accept its authority. In all likelihood, however, Hadi and his ilk might realize that it’s better to retire from political life if that happens and let the remnants of Federal Yemen democratically choose another leader.

The path to peace in Yemen is long, hard, and full of difficult compromises, but it can still be charted so long as the Ansarullah rebels and Saudi led coalition, along with their international supporters (both military and political) have the will to do what’s needed for the sake of the suffering Yemeni masses.

Maximalist outcomes are impossible to attain at this point, and any continued push in that direction by either party is fraught with unacceptable humanitarian consequences.

What’s required at this moment is for the involved stakeholders to learn from the recent progress in peacefully resolving the Afghan War and seriously consider the diplomatic involvement of neutral third parties like Pakistan and Russia to jump-start this process through the use of their mediation services between all direct and indirect parties to the conflict.

The most immediate objective is to simultaneously lift the blockade and agree to a new ceasefire, after which plenty of thought must be put into the South Yemeni dimension of any political solution in order for it to be truly sustainable.

0 thoughts on “Is Saudis’ renewed peace push enough to save Yemen?”