Revealing the true face of Israel 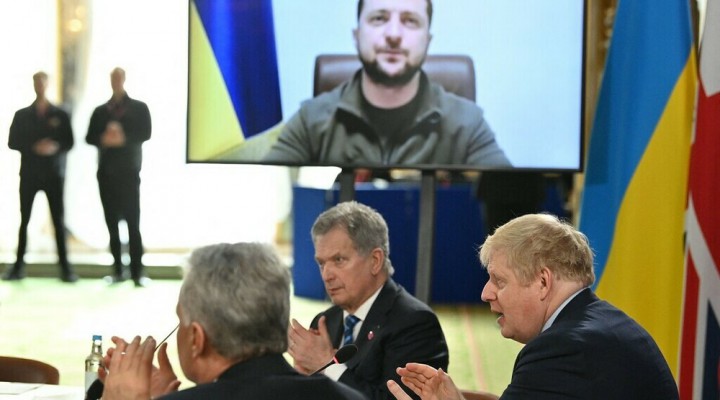 Ukrainian president Volodimir Zelensky inadvertently revealed the true duplicitous and opportunist face of Israel in his address by Zoom to the Knesset urging it to change its ‘neutral’ stance and support his country in confronting the Russian invasion.

Though himself Jewish, Zelensky aroused the indignation of many Israelis, including Prime Minister Naftali Bennet, by likening the current Russian military operation to the Holocaust. He also caused offense by saying Ukrainians strove hard to save Jews from the Nazis — implying they are owed a debt of gratitude and now deserve similar support from Israel.

What really angered the Israelis, and especially their divided government, was not the comparison between events in Ukraine and the Holocaust. It was that by highlighting its professed neutrality and refusal to join in imposing economic sanctions on Russia, Zelensky exposed Israel’s stance to the American and European allies that were instrumental in creating it and sustaining it financially and militarily on the stolen land of Palestine.

The Ukrainian president may have failed to sway the Israeli government and secure its support. But he could prove to have played a significant role in changing the attitude of its American and European allies towards it in the long run — though it will take time for this to become evident in practice.

The Israeli government’s adoption of a phoney position of neutrality in the Ukraine crisis, under the guise of wanting to mediate between Moscow and Kiev, convinces neither side. Nor does the cynical division of roles between Bennet and his partner Foreign Minister Yair Lapid, who adopted an anti-Russian stance from the outset.

Nobody should be fooled by this ploy to stay on board with both sides or pose as a peace-loving neutral: Israel is no Finland or Switzerland, but an aggressive apartheid state with a long record of committing war crimes and massacres with Western support.

If Zelensky deems the Russian invasion to be a Holocaust — though the comparison is completely misplaced — he must bear part of the responsibility for bringing it on by agreeing to be a puppet in the US scheme.

Having abandoned Zelensky and spurned the American and European patrons that created it and nurtured it for 80 years, Israel will eventually do the same to Putin and Russia. Its policy of trying to have it both ways is unsustainable and lacks credibility, and it no longer wields the kind of influence that can give the upper hand to its allies old or new.

It is to be hoped that the Arab ‘normalisers’ have been observing this spat between Israel and Zelensky, who can claim its citizenship, has enthusiastically supported all its wars and massacres in the Gaza Strip, and whose predecessor sent troops to take part in the invasion, occupation, and devastation of Iraq. They should take heed. If it can let him and his people down, along with his Western backers, it can’t possibly provide them with the reliable protection or partnership they aspire to.

0 thoughts on “Revealing the true face of Israel”