HOME / WORLD / The Gulf states and the Ukraine crisis 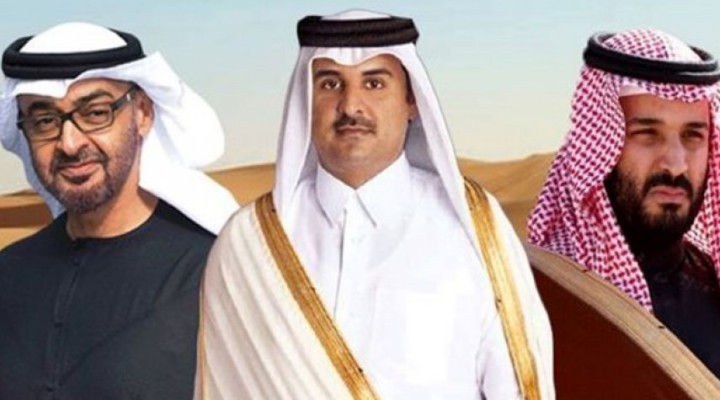 Why are Washington’s Arab allies tilting in different directions?

Israel may have made up its mind to take the US side in the Ukraine crisis, but its covert and overt Arab partners and allies are clearly divided over the issue. Some have been supportive of Russia and others have denounced it and its military invasion of Ukraine, while the ‘Arab majority’ has remained neutral, issuing non-committal statements about dialogue, political solutions, and respect for the principles of international law.

It is worthwhile considering and analysing the motives behind four particular stances taken by Arab and Gulf states:

First: The implicitly po-Russian posture struck by Saudi Arabia in the statement issued after a telephone conversation between French President Emmanuel Macron and Crown Prince Muhammad Bin-Salman. The statement spelled out the kingdom’s continued commitment to the ‘OPEC+’ agreement on oil production levels it brokered with Russia. This was an implicit thumbs-down to US pressure on it to increase production to drive down prices and ease strains on Western economies.

Second: Qatar’s oblique official support for the US side and condemnation of Russia, reflected in Foreign Minister Sheikh Muhammad Bin-Abderrahman Al Thani’s declaration that his country stands by “Ukraine’s sovereignty, independence and territorial integrity within its internationally recognised borders.” That means opposing Russia’s recognition of the breakaway eastern Ukrainian republics of Donetsk and Lugansk and its military intervention in their support.

Third: The abstention of the UAE, currently a rotating member of the UN Security Council, in the vote on a US-authored draft resolution condemning Russia’s aggression against Ukraine in the strongest terms and demanding the immediate withdrawal of its forces.

Fourth: The impartiality of the Arab League. The statement issued after its emergency meeting of permanent representatives — called for by Egypt and chaired by Kuwait — avoided condemning or endorsing the Russian move, and sufficed with flowery language about the need to respect the UN Charter and international law and support efforts to resolve the crisis peacefully.

All Gulf oil- and gas-producers have an obvious interest in maintaining the sky-high world energy prices that are being driven even higher by the crisis.

But Saudi Arabia’s affirmation of its commitment to the production deal it reached with Russia goes beyond this. It is sure to cause a bust-up with the US administration and President Joe Biden. He had called King Salman to urge him to hike Saudi output to flood the market and bring down prices, so as to help out the American and European economies and make up for any reduction in Russian oil supplies during the Ukraine crisis.

This clear challenge to Saudi Arabia’s historical strategic protector and ally can be seen as a warning to the White House: that it could swap over to the Russian side if Biden continues to ignore, not recognise, and refuse to speak with the kingdom’s de facto ruler Muhammad Bin-Salman. Biden has insisted on dealing only with King Salman, a rule broken at least twice by Macron.

The Ukraine crisis, which could develop into a third world war, is being treated as an ‘if you’re not with us you’re against us’ issue. The US administration is unlikely to tolerate any even-handedness or neutrality on the part of its Gulf allies, especially Saudi Arabia, which has yet to officially comment on the war.

The question being asked in Gulf political corridors is whether Muhammad Bin-Salman can withstand Washington’s wrath at his surprise entente with Russia, and what the consequences might be.

The same question can be addressed to Qatar and its ruler, Sheikh Tamim Bin-Hamad Al Thani. He firmly took the American side in his foreign minister’s veiled condemnation of the invasion. This will not endear him to his Russian partners in the Gas Exporting Countries Forum (GECF), which held a summit-level meeting in Doha last week that President Vladimir Putin did not attend.

Qatar’s volte-face began when Biden invited Sheikh Tamim to Washington and he agreed to use Qatari gas to help make up for any shortfall in Russian gas supplies to Europe due to the Ukraine crisis. He is the only Gulf leader to have met with Biden in the White House, where he was elevated to the status of ‘major non-NATO ally’.

This clear divergence between Gulf states over Ukraine has been reflected in their media’s coverage of the crisis. Viewers have detected a tilt to the Russian viewpoint by Saudi Arabia’s flagship al-Arabiya channel. Qatar’s Al Jazeera channel has reflected the US/European view, despite attempts to give its rolling coverage the appearance of professional impartiality. For its part, Abu Dhabi-owned Sky News Arabia stood somewhere in between.

It’s unclear whether the UAE’s abstention in the Security Council vote was cleared beforehand with the US administration. If not, it will cause trouble in the UAE’s relationship with the US and incur American wrath in some form or other. And there may not be enough time to repair any damage.

The Arabs have no stake in this war. Neutrality, for those who can find a way of opting for it, is the wisest position to take. The African proverb “when elephants fight, it is the grass that suffers” applies here, specifically to the Gulf states.

0 thoughts on “The Gulf states and the Ukraine crisis”