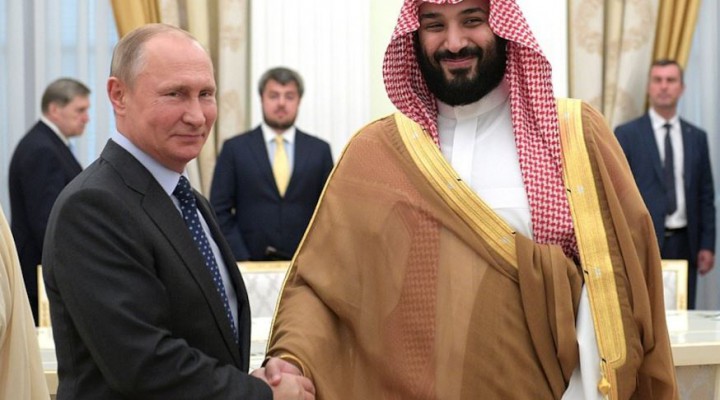 Russia’s military operation in Ukraine may not be going to President Vladimir Putin’s liking after his annexation of four eastern and southern provinces. But he was given a big boost by the OPEC+ group’s decision on Wednesday to cut oil production by two million barrels per day. The move dealt a severe economic, financial, and political blow to the US and its European allies, and a devastating riposte to the additional economic sanctions they placed on Russia to punish it for the annexations.

It is especially significant at this juncture because it was decided jointly by Muhammad Bin-Salman, crown prince and de facto of Saudi Arabia which has been the US’ strategic ally for 70 years, and Putin, the US and NATO’spublic enemy number one. Wonders never cease.

The US put massive pressure and offered significant incentives to Saudi Arabia and other Gulf oil producers (Kuwait, Oman, and the UAE) to increase output to drive down oil prices and save Western economies from collapsing under rising energy prices. The sudden decision to slash production by 2mb/d at the onset of winter torpedoes Washington’s plans and will push western European economies in particular further into recession.

President Biden wants to wreck Russia’s economy by cutting off the oil and gas revenues that fill its coffers. But the OPEC+ decision will do the opposite: increasing Russia’s revenues and capacity tofund its war effort, while benefiting other — mostly Third World Arab and Muslim –oil-producing countries.

Prior to this decision, oil prices had fallen below the $90 threshold from a high of $120 near the start of the Ukrainian war. They are now expected to rise beyond $100 and perhaps eventually hit $120-150, meaning higher inflation rates and energy living costs for tens of millions of Europeans as winter approaches.

On one level, this is Bin Salman’s payback to Biden for having tried to ostracise him internationally after the murder of journalist Jamal Khashoggi.

But it also shows the new partnerships Russia has built withGulf states in recent years (apart from Qatar) are gradually emerging into the open and proving remarkably durable. They too, it turns out, have problems with a globally overbearing US. None of them objected to the production-cut which the US vehemently opposes but quite the opposite.

Additionally, it is a sign that the US sanctions policies that target countries like Russia, Iran, China, and North Korea can not only fail but back-fire. The economic collapse the Biden administration is planning for Russia could end up starting in Europe and then moving to the US.

0 thoughts on “MBS’ payback to Biden”