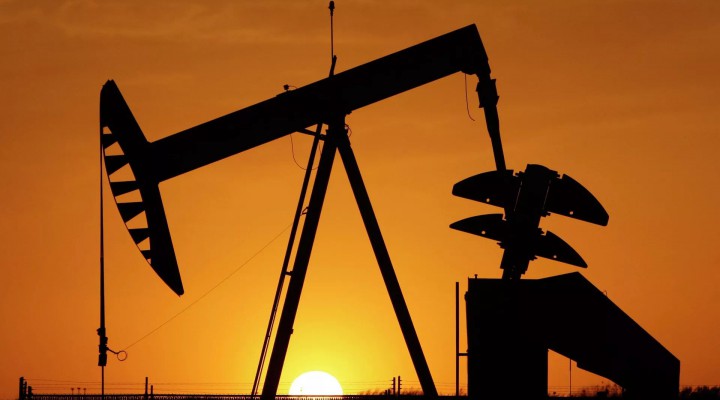 On October 5, the OPEC+ group agreed to cut oil production by two million barrels per day to stabilize crude prices, despite calls from Washington to step up extraction. Earlier, fears of looming recession sent oil prices as low as $80 a barrel from more than $120 at the beginning of June 2022.

“A reduction in demand lowers prices. A reduction in supply raises prices. If recession lowers the demand for oil, a cutback in production can stop a price fall and even raise the price,” summed up Dr. Paul Craig Roberts, a US economist and ex-assistant secretary of the Treasury under Ronald Reagan. “The oil producing countries benefit by protecting their oil revenues. The countries harmed are the oil importing countries. Their energy costs rise, which means, heating costs, production costs, and transportation costs. The result can be higher prices for food and consumer goods and services, leading in the face of demand restriction to unemployment.”

OPEC and non-OPEC producers, a group known as OPEC+, met in Vienna, Austria, on Wednesday and decided to cut production by a whopping two million barrels per day from November. The reports of possible cuts sent oil prices up by 4% on Monday morning, with Brent crude and West Texas Intermediate (WTI) reaching $88.54 per barrel and $82.83 per barrel, respectively. On Wednesday afternoon, the benchmarks continued the rally, mounting to $92.82 a barrel (Brent) and $87.37 (WTI). Analysts at Goldman Sachs see Brent reaching $100 per barrel over the next three months. OPEC+ scheduled its next meeting for December 4.

US President Joe Biden has been reported to be “disappointed by the shortsighted decision by OPEC+ to cut production quotas,” a White House statement said. The Biden administration is planning to consult with Congress on “additional tools and authorities to reduce OPEC’s control over energy prices.” For her part, White House Press Secretary Karine Jean-Pierre accused the group of oil producing countries of acting in solidarity with Russia. Earlier, the Biden administration made repeated attempts to persuade OPEC, most notably Saudi Arabia, to ramp up production of crude, but to no avail.

Meanwhile, the president ordered the Department of Energy to release another ten million barrels from the Strategic Petroleum Reserve in November. According to energy experts interviewed by Sputnik, previous releases failed to tame rallying energy costs.

“Increased oil prices will push energy-deficit nations into deeper economic and political tailspins and come at a particularly bad time for northern hemisphere nations who now face the prospect of looming winter, perhaps with colder than usual weather,” explained Charles Ortel, a Wall Street analyst and investor. “In the short-term, energy prices will rise, but this short-term effect could reverse if energy demand craters in what seems to be a looming recession in Europe, North America and North Asia.”

The investor highlighted that “energy-starved industrial nations such as Germany and Japan have much to lose, as do smaller energy-deficit nations in Europe and North Asia.” On the production side, some energy-intensive industries will be forced into curtailing operations, according to him. At the same time, on the consumption side, households in Europe will be forced to make deeply troubling decisions about spending and saving for retirement, Ortel added.

The Washington Post has bemoaned the fact that the “OPEC coalition’s move could (…) add to inflationary pressures in the United States and Europe.” The decision to cut oil production was taken as western developed economies struggle with soaring inflation. Earlier, the US Federal Reserve, the Bank of England and the European Central Bank embarked on aggressive interest rate hikes, triggering fears of dragging the nations into recession. Recently, reports started to emerge alleging that the central banks may either ease the pace of interest rate hikes or even cease the policy altogether.

“Rising energy prices restrict output of goods and services if they occur during a time of monetary stringency,” explained Dr. Paul Craig Roberts. “But the main impact of today’s rising interest rates is on the prices of financial assets such as stocks and bonds. The higher interest rates have lowered bond and stock prices, thus bringing difficulties to pension funds and to investments, especially those based on previous interest rate spreads. What is likely to halt the interest rate increases is the difficulties they are causing the large banks, such as Credit Suisse. The Federal Reserve views the large banks as too big to fail, and will cease a policy that threatens the banks – unless central banks are part of a conspiracy to wipe out weaker banks in the interest of stronger ones or to collapse the world economy.”

The Federal Reserve will raise interest rates just one more time in November before it stops as a soaring US dollar risks breaking markets, market veteran Ed Yardeni told Business Insider on Monday. Likewise, the UN has called on the Fed and other central banks to halt rate hikes which threaten to drag the global economy into recession.

“A lesson that should have been learned watching the period 2008 forward is that traditional tools – deficit spending and suppressing key interest rates – cannot solve structural economic problems,” said Ortel. “The West relies on fossil fuels while, at the same time, political leaders in thrall to the ‘Green Movement’ have been attacking fossil fuel producers and constraining available supplies of required energy. For some time now, interest rates have been kept far below inflation which is a dangerous course that ultimately will lead to hyperinflation and possible economic collapse. The truth is that interest rates need to rise and also that bloated western governments need to be put on starvation diets as they have been running monstrous, unsustainably high deficits for way too long.”

Ortel expects that the US leadership may relent in raising interest rates and proceed with sweeping government spending. “So, an inevitable hard landing will come, but likely after November 8, 2022, as it is possible to delay the reckoning for days and weeks, but not forever,” he noted. Rising energy prices may add to the already controversial situation, according to the investor.

“Energy prices today remain below the August 2008 peak levels in nominal terms and therefore, in theory, could run much higher than current levels, before large economies weaken into recession or worse,” he warned. “Starting in late 2021, inflation became baked into reality for consumers in the West who likely accept that prices will continue rising, much as they did in the 1979 to 1981 period which was disastrous, economically and politically.”

Meanwhile, as the western liberal economic model appears to be bursting at the seams, some observers predict the “corrosion of globalization” and further split of the world’s economy into blocs. Axios reflected on it in March 2022, citing Adam Posen, president of the Peterson Institute for International Economics.

“Globalization means economic dependence, or lack of control over a country’s economic life, for all but the reserve currency countries,” Dr. Roberts pointed out. “It is a mystery to me why any country thought they would be better off by losing control over their own destiny. Perhaps Washington’s sanctions have made them aware of the mistake they made by endorsing globalism.”

Charles Ortel echoed the economist: “Unregulated ‘Globalism’ is a deeply flawed concept – it does not recognize great and continuing disparities between the productive footprints of a few large economies, and the under-resourced nature of most economies in the world.”

Worst of all, “the current ‘structure’ does not permit any regulation of endemic corruption that is plainly evident in vast schemes to tackle global afflictions, that are not subject to external checks or punishment for theft and diversion of aid flows,” according to the Wall Street analyst.

“In truth, most nations will be much better off ensuring that national resources benefit their own citizens and communities, rather than gallivanting across the planet wasting vast sums on theories and plans that might, eventually, improve lives,” Ortel noted. “That said, until viable alternatives exist to store wealth outside America and the West, changes in trading patterns and in political alliances will not displace the US dollar as a currency in which foreign investors are comfortable storing their savings.”

The West Thinks It Can Fix the Price of Russian Oil