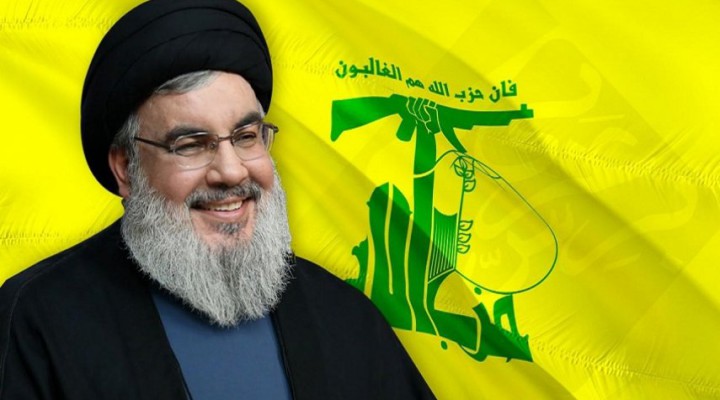 Hezbollah refuses to be dragged into a new civil war

Hezbollah Secretary-General Hassan Nasrallah’s speech on Monday evening may have been the most important he has ever made. He warned of looming civil war in Lebanon, and accused the Lebanese Forces (LF) party and its leader Samir Geagea of trying to ignite a conflict to cause a demographic shake-up and establish a Christian ‘canton’ under their leadership.

The tone and content of the nearly two-hour speech, and Nasrallah’s forthright language, gave the impression he is seriously concerned that the US and Israel plan to embroil Hezbollah in a civil war to to preoccupy it with domestic conflicts, and drag it into bloody clashes with the LF and its allies and/or the Lebanese army.

Nasrallah seemed to be restraining himself throughout the speech. He tried to contain his anger and chose his words carefully. His famous smile was absent. This indicates that the threat is very serious and may be impossible to avert – especially after the incident in the Tayyouneh district of Beirut where peaceful Hezbollah and Amal movement protestors were fired on by rooftop snipers, allegedly LF operatives. Seven were killed and dozens injured in subsequent armed clashes.

In addition to referring to ‘civil war’ more than twenty times, Nasrallah used his speech to reveal that Hezbollah has 100,000 trained fighters under its command. This was not only intended to deter the US, Israel and LF from starting a civil war. It was also, despite his denial, a warning and threat to them. “Do not miscalculate. Sit down sensibly, and behave yourselves,” he said.

Hezbollah’s’ enemies – led by the US, directed by its ambassador and ‘chief-of-staff’ in Lebanon Dorothy Shea, and incited by Israel – have used every means of pressure imaginable in the hope of getting the Lebanese people to revolt against Hezbollah: starving them, destroying their economy, crashing their currency, and causing fuel and bakery crises. The only ploy left was to stage a ‘trigger’ incident like the 1975 Ain al-Rummaneh bus attack that sparked a pre-planned civil war. The Tayyouneh incident was intended to do the same. But that was foiled by the intervention of the Lebanese army and the restraint shown by Hezbollah and Amal leaders. This does not mean that other attempts won’t be made, or other provocative pretexts found, in the days to come.

The Ain al-Rummaneh bus massacre targeted the PLO and its Lebanese National Movement allies with the aim of extricating its forces from Lebanon. The Tayyouneh massacre was aimed at Hezbollah and its allies and its missile arsenal which so troubles Israel. But there is a radical difference between the two circumstances. Hezbollah is supported by the vast majority of Lebanon’s Shia, a substantial proportion of its Christian allies, significant sectors of the Sunni and Druze communities, and many Lebanese patriots from all sectors of society. A new civil war would not just be a Muslim vs. Christian conflict, or a war between Lebanese militias and Palestinian ‘aliens’ violating the country’s ‘sovereignty’.

Lebanon’s first civil war lasted 15 years but was confined within the country’s borders. A new civil war would trigger a major regional conflict. It would extend to the Israeli occupier state, which would not be neutral but fight on the side of Hezbollah’s enemies. That would bring the group’s missile arsenal into play. The entire face and map of the Middle East could change as a result.

0 thoughts on “Lebanon’s moment of danger”