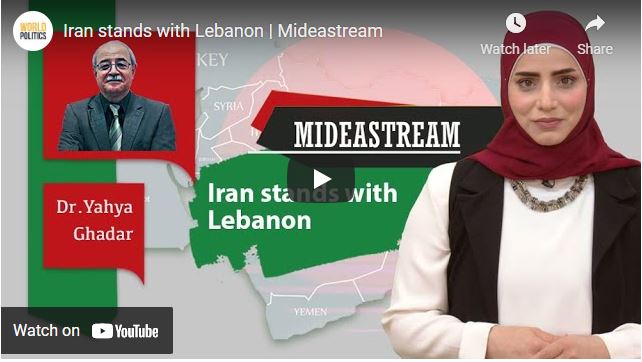 Lebanese Resistance Hezbollah trucked more than a million gallons of Iranian diesel fuel into Lebanon from Syria on Thursday, celebrating the move as a way of spiting the United States while bringing much-needed aid to a country nearly paralyzed by fuel shortages. With Lebanon suffering one of the worst economic collapses in modern history, Hezbollah managed to come out as a national savior, stepping in where the Lebanese government and its Western backers had failed. The fuel delivery — which a Hezbollah said was the first installment of more than 13 million gallons — underscored the severity of Lebanon’s crisis, as well as the government’s failure to address it.

To discuss this issue with us from Beirut is Dr. Yehya Ghaddar, Secretary General Of The Global Gathering In Support Of The Choice Of Resistance.

Hezbollah’s move, although confined to the economic aspect of mitigating the impact of the scarcity of fuel in Lebanon, it opens the door wide to the possibility of cooperation with Syria, Iran and other countries, which Lebanon was forbidden by the US to deal with until recently. It also puts on the decision-makers’ table in Lebanon and the countries concerned with the Lebanese affairs a new factor that was not taken into account: there are alternative options for the Lebanese rather than wait for bread crumbs of Western and Persian Arab Gulf aid. And the more the American noose tightens on Lebanon, the more it will be forced to break US imposed prohibitions in return.

We continue from Beirut with Dr. Yehya Ghaddar, Secretary General of The Global Gathering In Support Of The Choice Of Resistance.

0 thoughts on “Iranian Fuel For The Lebanese Public–MES EP.125”