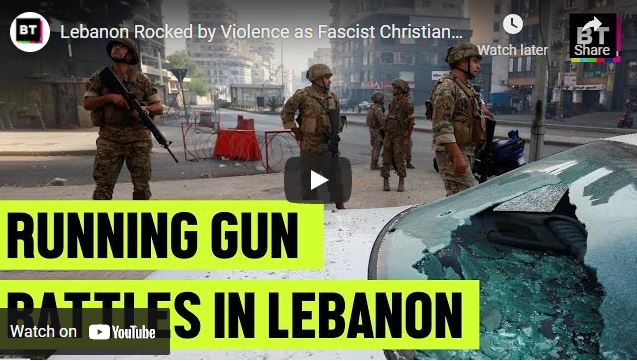 Unarmed protesters affiliated with Hezbollah and Amal were gunned down by the Saudi-backed Lebanese Forces militia in Beirut on Thursday, October 14, provoking a sectarian gun battle that risked igniting a civil war.

Why did this happen? Why are some trying to pin the blame on Hezbollah? And what’s with the media obscuring the fact that it was a fascist group behind the violence, the same group responsible for the 1982 massacre of hundreds of Palestinians in the Sabra and Shatila refugee camps?

Rania Khalek, journalist and host of the Breakthrough News program Dispatches, breaks it all down.