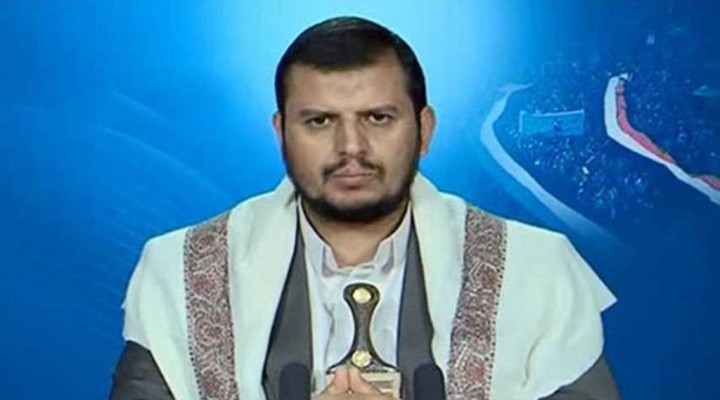 Will Trump ‘designate’ Yemen’s Houthis as a parting favor to his Saudi friends?

Many questions were raised by President Donald Trump’s surprise decision to designate the Bahraini group Saraya al-Mukhtar as a global terrorist organization. Although Bahraini authorities describe it as an Iranian-backed ‘extremist’ outfit and accuse it of attacking policemen and planning assassinations, the group is largely unknown in the region or the wider world. This raised suspicions that the move is a prelude to slapping similar but bigger and more significant Islamist organizations with the terrorism label in the coming few weeks at the behest of Saudi Arabia and other Gulf states – above all Yemen’s Houthi Ansarullah movement.

The Riyadh-based Yemeni government of President Abed-Rabbo Mansour Hadi launched a relentless public relations campaign aimed at achieving this goal several months ago. It was led by his minister of information, Muammar al-Iryani, who declared last month that “designating the Houthis as a terrorist organization would be the first step in resolving the crisis, as Yemen’s stability depends in destroying this racist terrorist group.”

There are several reasons why the Trump administration has not yet made such a move.

First, the Houthi movement can hardly be compared to most other groups on the US terrorist list. It has grown to become more than a mere organization and more like a state. It controls most of Yemen’s heavily populated northern provinces, and has formidable military capability that enables it to control the southern Arabian Peninsula and threaten maritime trade routes in the Bab al-Mandeb Strait linking the Red Sea to the Arabian Sea. It is also an exclusively and authentically Yemeni movement. It is not some newfound or exile group or an illegal immigrant. Before the current Saudi/Emirati-led war against it, it survived no fewer than six major military campaigns aimed at eradicating it in its northern heartlands.

Secondly, there is strong opposition from international humanitarian organisations to such a designation. Some 80% of Yemen’s residents need food aid and face the prospect of death from diseases such as cholera and covid and malnutrition-related illnesses. A terrorism designation would hold up the delivery of aid and make the humanitarian crisis even worse.

Third, designating the Houthis as terrorists would slam shut all doors to political negotiations and solutions. They are currently the most powerful political and military force in Yemen. A terrorism designation would exclude them from any role in a political settlement, which everyone now agrees must be inclusive if it is to work.

A terrorism designation would also free the movement from any commitment to international law and norms. It could start retaliating in kind to the airstrikes that target its areas and kill thousands of its people and subject its Saudi neighbors to a similar bloodbath. It is noteworthy that all the Houthi missile and drone strikes launched on Saudi oil facilities to date were clearly designed to minimize casualties and did not kill or injure civilians.

There are also differences within the US administration and political establishment about Yemen. The incoming Democrat administration of Joe Biden opposes the war and has promised to halt arms sales to Saudi Arabia as a means of pressing for it to be halted.

Yet Trump could still designate the Houthis as a parting favors to his Saudi friends — and to make life harder for the new administration. If that is what Riyadh seeks, it is making an even bigger mistake than when it launched its ‘Operation Decisive Storm’ in March 2015. Nearly six years on, nothing has been ‘decided’, the ongoing war continues to bleed Saudi Arabia financially, militarily and politically, and the balance of power on the ground has turned to the advantage of the defenders.

At the start of the crisis Ansarullah had minimal ties to the Iranian Revolutionary Guard. But the relationship was strengthened by six years of airstrikes and blockades. Missile, drone and munitions technology was transferred, and Iran opened an embassy in central Sanaa just a few weeks ago.

Trump has made many foolish moves of late, but designating the Houthis as terrorists would be more than merely foolish. It could backfire disastrously against the very same people who are pressing for it.

How Yemen’s Houthis are bringing down a Goliath

0 thoughts on “Slapping on the ‘terrorist’ label”