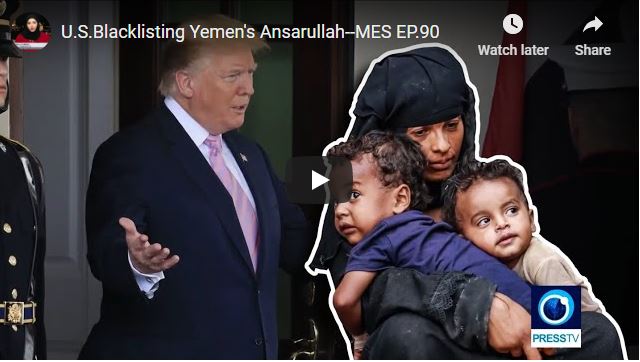 In his last days as U.S. President, Donald Trump moved to designate Yemen’s Ansarullah movement as a foreign terrorist organization in no apparent reason except to disrupt peace efforts in the war-torn country. This move hinders the United Nations’ efforts in restarting political talks to end the Saudi–led war on Yemen. The most serious implication for this designation is the legal impediments it could create for including Ansarullah in any future talks.

To discuss this issue with us from Sydney is Jay Tharappel, member of the Yemen Solidarity Council.

International human rights bodies have warned last week about how the Trump administration’s designation of the Ansarullah group in Yemen as a “foreign terrorist organization” would threaten humanitarian aid on which millions of Yemenis rely for survival. As if the current death toll wasn’t enough! With such designation, the US would risk complicity in hundreds of thousands of preventable civilian deaths in Yemen.

To discuss this issue with us from Malmo is Feras Ali, political commentator.