HOME / WORLD / Trump’s “Shoot Down And Destroy” Tweet About Boosting Oil Prices Or A Harbinger Of War With Iran? 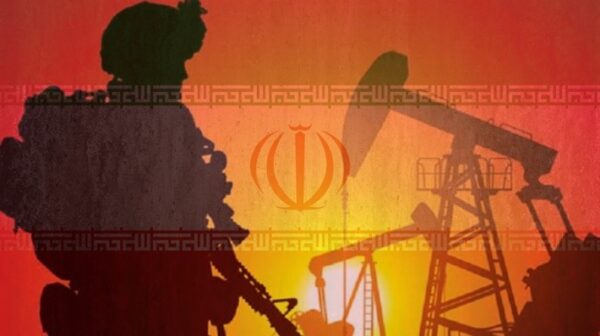 Trump’s recent tweet to “shoot down and destroy any and all Iranian gunboats if they harass our ships” has sparked concern over a new war in the Middle East. However, the more immediate effect of Trump’s tweet has been a big boost in oil prices and a rise in the stock market. Was that Trump’s actual intention or is there another war on the way?

On Wednesday morning, President Trump announced on Twitter that he has “instructed the United States Navy to shoot down and destroy any and all Iranian gunboats if they harass our ships at sea,” setting the stage for a dangerous ratcheting up of tensions between the U.S. and Iran, where the Trump administration has been actively seeking and promoting regime change for years.

Trump’s bellicose tweet was apparently promoted by a video that had aired earlier in the morning by Fox News that shows a standoff between U.S. and Iranian vessels in the Persian Gulf. Iranian media, which had originally circulated the video, has claimed that the Iranian vessel sought to warn off U.S. ships in the Persian Gulf that were seeking to enter Iranian territorial waters and had been inspecting and detaining Iranian commercial and fishing ships in the area. Trump and his political allies have instead claimed that Iran had dangerously harassed the U.S. ships, passing within 10 yards of one vessel.

The new “shoot and destroy” order has renewed tensions that nearly boiled over earlier this year following the U.S.-Israeli operation to assassinate Iranian General Qassem Soleimani while he was on a diplomatic visit to Iraq. As MintPress News had reported at the time, the decision to kill Soleimani had been partially motivated by his role in advising Iraq’s government to accept an “oil for infrastructure” deal with China and turn down the U.S.’ offer for a similar deal.

This time, a key underlying factor behind Trump’s recent tweet and new “shoot down and destroy” policy again appears to be oil. Indeed, since the coronavirus crisis, oil markets have been brutalized, threatening to collapse most U.S. shale oil producers, an industry with close ties to the Trump administration. As The Last American Vagabond recently reported, this collapse in the U.S. shale oil sector is a major motive behind the Trump administration’s seemingly sudden pivot back to regime change in Venezuela, a country that has the world’s largest proven oil reserves. Over the past few weeks, a U.S. military build-up has been taking place near Venezuela that is the largest such build-up of U.S. military assets since that which preceded the U.S.’ 1989 invasion of Panama.

Yet, in just the past few days, oil markets have continued to be pounded, with oil prices even going negative for the first time in history. Notably, since Trump’s tweet, oil markets have rallied, with the price of oil jumping nearly 30% soon after Trump’s announcement. The rally in oil markets also led to a jump in the stock market, which has also been greatly troubled thanks to the coronavirus crisis. This is notable because Trump has long used the stock market has a “scorecard” for his performance as president and has been counting on strong stock market performance to secure reelection.

Given how conveniently the tweet impacted oil markets and, by extension, the stock market, it is worth considering that this effect may have been Trump’s intention all along. Indeed, every time Trump or his administration have made hawkish statements regarding Iran or done something that made U.S.-Iran tensions soar, oil prices rally.

The key question then becomes, is this all rhetoric to temporarily boost oil prices, or is it a prelude to actual conflict? As far as this author is concerned, the jury is still out on this one, though the Trump administration has long sought regime change in Iran, motivated both by oil and a foreign policy approach deeply influenced by Israel and the U.S.’ pro-Israel lobby. Recent overtures to a potential military conflict between the U.S. and Venezuela also bodes poorly.

However, for now, how things pan out will likely be determined by what transpires in oil markets, and also in the stock market, over the coming weeks and months. Much of what occurs in those markets will be directly related to how the current coronavirus crisis develops, as historic dips in demand for oil and economic activity in general are likely to persist even if countries that have imposed quarantines or lockdowns move to “re-open” their economies.

If oil prices fail to stabilize and continue their dramatic downward trend, increasing bellicose remarks from President Trump towards Iran are an almost certainty. One potential danger is if oil prices stop responding to tweets or claims like those the President issued earlier today. If that happens, there may be efforts to spark an actual conflict with Iran, as Iran has long vowed that military conflict with the U.S. will prompt them to close off the Strait of Hormuz. Experts have long noted that the closure of this strait, through which much of the world’s oil passes, would send oil prices skyrocketing between $200 and $325 dollars a barrel.

Is Trump’s “Shoot Down And Destroy” Tweet About Boosting Oil Prices Or A Harbinger Of War With Iran?

0 thoughts on “Trump’s “Shoot Down And Destroy” Tweet About Boosting Oil Prices Or A Harbinger Of War With Iran?”