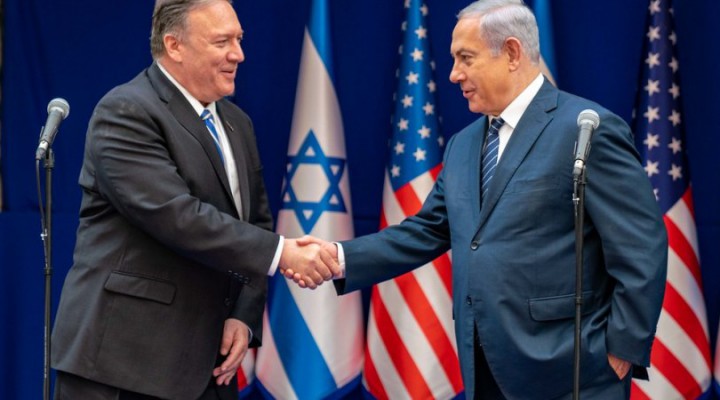 The United States has just declared war against the coronavirus, with President Donald Trump self-proclaiming that he is now a “wartime president.” Whether one believes that the virus must be confronted with maximum aggression by effectively shutting down the country or that the measures already in place are already an overreaction hardly seems to matter as developments over the next several months will likely demonstrate what could have/might have/should have been done. But meanwhile extreme views are proliferating, with Rush Limbaugh detecting a conspiracy by Democrats and communists to destroy capitalism under “the guise of saving lives” while a more restrained but ideologically driven libertarian Ron Paul meanwhile chose to pen an article entitled “Coronavirus Hoax” that personally pilloried as a “chief fearmonger” the government’s widely respected expert on the origin and spread of the disease Dr. Anthony Fauci.

Stalin famously said that the death of one person was a tragedy while the death of a million is a statistic. For both Limbaugh and Paul an epidemic that could kill tens or even hundreds of thousands Americans produces a statistic, of lesser importance than retaining a completely corrupt Wall Street and the individual’s “liberty” to go shopping. Indeed, if greed driven American “vulture” capitalism must be preserved in its current form to protect and empower the rich, radical change might be welcomed by most Americans to include a long overdue genuine health infrastructure safety net.

Meanwhile, more rational and legitimate concerns are being raised by those who are worried about what kind of American democracy and economy will emerge on the other side. They urge the public to be particularly alert to the continuation of emergency practices at both the federal and state levels, permitting respective governments to act autocratically with little in the way of transparency or accountability.

One particular step that has been implemented is the use of cell phone tracking, without the permission of the device owners, to monitor whether separation and isolation measures are being observed by individuals who are out and about, determining whether or not they are obeying the rules in place to penalize congregating in public. It appears that the government and even at least one private presumably Israeli company now have the capability to track hundreds of thousands if not millions of phones simultaneously. This “emergency” abuse of privacy rights amounts to an illegal search and should be challenged on its constitutionality, but the real danger is that the tools used to monitor locations of phones can also be used after the claimed crisis is over to monitor perfectly legal activities of citizens. There should also be the concern that once the technology is developed to track phones a bit more tweaking might well integrate that feature into the National Security Agency’s well-established ability to intercept and record private conversations.

To be sure a different world will emerge post-coronavirus, but one might observe ruefully that some things never seem to change even in the midst of a full-blown global health crisis. Indeed, one might actually suspect that the United States, far from putting its own house in order, has actually used the virus as cover for intensifying its aggressive activities in Asia and Latin America. Along the way, it has also deliberately exploited the disease to punish those countries with which is has an adversarial relationship.

Those promoting the Trump administration’s preferred regime change “maximum pressure” policies are the top White House civilians, namely Secretary of State Mike Pompeo and National Security Adviser Robert O’Brien. The generals, to include Secretary of Defense Mike Esper and the Joint Chiefs of Staff, view the military as already overextended and have so far resisted some of the crazier suggestions but that does not mean that the jingoistic proposals have gone away. They are still on the table being pushed most particularly by Pompeo, and as the president is remarkably easily convinced to take military action, they should be considered to be still viable.

The two proposed courses of action that recently surfaced that must be considered borderline insane both related to Iran. One of them is remarkable in that it creates two new active enemies simultaneously. It consists of a Pentagon order to regional commanders to make preparations to attack and destroy the Iraqi Shi’ite militia Kataib Hezbollah that the O’Brien/Pompeo twofer believe to be tied to Iran and responsible for recent attacks on U.S. bases in Iraq.

Lt. General Robert P. White, the U.S. top commander in Iraq responded immediately to the order, objecting that such a move would risk war with Iran while also increasing pressure on the government in Baghdad to expel American forces from the country. White also observed that he did not have sufficient forces in Iraq and any attack on an Iraqi militia that is technically part of the Iraqi Army would produce open warfare within the borders of a country that is technically an ally. If other militias, to include the numerous and well-armed Badr Army, were to join in the attacks on U.S. bases there would be no way to defend them.

The order is a compromise due to strong disagreements inside the Trump administration over how to punish Iran and its proxy Iraqi militias. Pompeo and O’Brien see the coronavirus, which has hit Iran hard, as an opportunity to destroy the militias while Iran is in no position to react. Per the New York Times, Esper approved the planning only to create options for dealing with Iraq and Iran based on the possibility that attacks against U.S. forces will increase. So far, Donald Trump has warned that Iran or a proxy militia is planning a “sneak attack” on American bases in Iraq and has stated that Iran itself would “pay a very heavy price” if it were carried out. Nevertheless, the president has only agreed to letting the planning continue, though he has also threatened to “go up the food chain,” implying that he is prepared to attack Iran directly if there is any escalation against American troops.

Pompeo and O’Brien, joined by recently appointed Director of National Intelligence Richard Grenell, have also been promoting a more serious endeavor, namely attacking Iran without warning and without any pretext while it is in its weakened state from the health crisis. Pompeo, O’Brien and Grenell argued that a direct attack on Iran, possibly to include hitting its naval vessels, would so weaken the regime over its inability to defend the country that its leaders would be forced to open negotiations, i.e. to surrender to Washington.

Washington has both increased sanctions and denied medicines to Iran, as well as to Venezuela, to put additional pressure on their governments vis-à-vis the coronavirus pandemic. The Trump Administration has been able to block $5 billion emergency International Monetary Fund loans to both countries while also sending warshipsto the Caribbean and Persian Gulf to back up the message with force if necessary. The argument being used to punish Venezuela is that it is not clear who represents the legitimate government in the country, whether it is Nicola Maduro, the president, whom Pompeo has labeled a “drug trafficker,” or Juan Guaido, the aspirant to the position of head of state being promoted by the State Department.

Much of Washington’s maneuvering has been taking place under the radar given the cover provided by the crisis over coronavirus. Venezuela aside, most of the planning has focused on Iran, the Trump White House’s most hated adversary and also, perhaps not coincidentally, the perpetual number one enemy of Israel. In another move, on March 27th, the U.S. State Department’s Defense Security Cooperation Agency has announced approval of an $2.4 billion deal with Israel to buy eight KC-46A Pegasus aerial tankers.

The agreement is the first time the United States has sold actual purpose-built tanker aircraft to Israel. The KC-46A Pegasus is can carry 106 tons of fuel to refuel jet fighters and has a range of more than 6,000 miles. It will enable the Israeli Air Force to have sufficient refueling capability to directly attack Iran, its principal regional target. Israel has frequently stated its willingness to attack Iranian nuclear sites and might also exploit the opportunity afforded by the coronavirus and its aftermath to do so.

So, at a time when the American public is clamoring for assurances that everything possible is being done to deal with the coronavirus, some officials in the White House are planning new wars. If one were seeking evidence of just how dysfunctional the Trump Administration is, it would not be necessary to look any further.

0 thoughts on “Targeting Iran While America Locks Down”