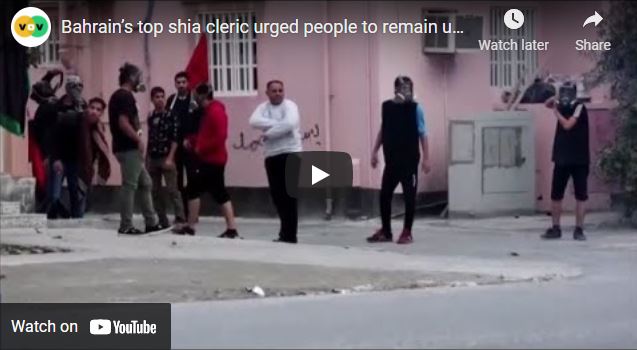 Bahrain’s top shia cleric, Sheikh Isa Qassem has urged people to remain united in their fight against oppression in that country.

Sheikh Qassem said victory can be achieved through unity and patience. He said Bahrain needs a just and equitable constitution that recognizes people’s rights, pride and dignity. Sheikh Qassem stressed that the political conflict there can’t be settled unless such a constitution is written. The Shia cleric was speaking on the anniversary of a popular uprising that began in Bahrain on February 14, 2011. People demanded equality and freedom. The regime unleashed a harsh crackdown in response, killing many and jailing thousands. Despite that, pro-democracy protests have continued.