HOME / WORLD / The ideology of the banderists

The ideology of the banderists 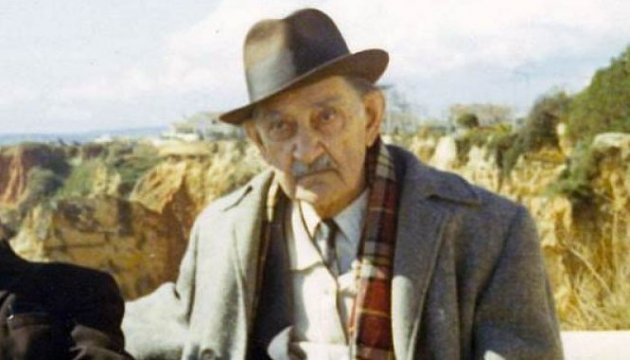 If Stepan Bandera was an agent of the Gestapo and left only the memory (positive for some) of the massacres and tortures he organized, Dmytro Dontsov was -and still is- the reference thinker of Ukranian nationalists. It is he who invented Ukrainian racialism and imagined the fanaticism of Ukrainian nationalists as a weapon.

If in previous articles I have presented the history of the Banderist movement from the interwar period to the present day, I would like to talk here about their ideology.

Their reference intellectual, then and now, is Dmytro Dontsov (1883-1973). Although he died in Canada and was buried in the United States, his works have not been translated, but his followers have made them known to us. This absence in the bookstores of other countries explains why he is unknown abroad. However, after a long period of absence, he’s been one of the best-selling authors in Ukraine these recent years.

Feeding like the Nazis on his interpretation of Nietzsche, Dmytro Dontsov called for the birth of a “new man” with “a burning faith and a heart of stone” who would not be afraid to destroy the enemies of Ukraine without mercy. Thinker of the “integral Ukrainian nationalism”, he built a philosophy where everything nationalistic is against Russia and against Jews.

He wanted to create an elite people, far from the “egalitarianism of slaves” of the Russian October Revolution and the “universal ideals” of the French Revolution.

He said that the imagination of real Ukrainians must be “fed by the legend of the last battle”, the “denial of what is” and the “fascinating image of the catastrophe that will bring something new”. They must serve “a categorical order” with “reckless obedience”.

According to him, “Ukrainian nationalism” is characterized by:
“the assertion of the will to live, of power, of expansion” (he promotes “The right of strong races to organize peoples and nations to strengthen the existing culture and civilization”)
“the desire to fight and the awareness of its extremity” (he praises the “creative violence of the initiative minority”)

Its qualities are:
“fanaticism” ;
“immorality”.

The fanaticism refers to the religious character of his doctrine. Dontsov notes that this is what makes the warriors invincible. It is therefore perfectly logical that after the World War Stepan Bandera and Yaroslav Stetsko agreed to work in Munich with the secret society of the Muslim Brotherhood, or that in 2007 their followers were able to form an Anti-Russian Front with Chechen jihadists.

At the beginning of his work, Dontsov was not inspired by Italian fascism or German national socialism, but he appears to be marked by the same reasoning as the Croatian Ustasha, the Romanian Iron Guard, the Slovak Glinka, the Polish Oboz Narodowo-Radykalny.

In contact with the Nazis, Dontsov began to claim a mythical geography and history. The “true Ukrainians” were said to be of Scandinavian or proto-Germanic origin and to have descended from the Varegues, a Viking tribe from Sweden. Their ancestors founded the city of Novgorod in Russia and subdued the Russian Slavs.

In this mythology, the “Ukrainian nationalists” are the Good, while the “Muscovites” are the Evil. It is therefore quite normal that the muse of the Svoboda (Freedom) Party, the MP Irina Farion, declared well before the Russian military intervention: “We came into this world to destroy Moscow”.

In 2015, President Petro Poroshenko and his Prime Minister Arseni Yatsenyuk passed a set of laws that on the one hand banned Communist and Nazi symbols and on the other rehabilitated Banderist symbols. In practice, since no one claimed to be a Nazi, the monuments to the victory of the Red Army over the Nazis were destroyed and replaced by others in honor of Stepan Bandera -who was responsible for the murder of 1.6 million of his compatriots- and his master thinker, Dmytro Dontsov.

The Council of Europe criticized these “decommunization” laws, which cast aspersions on regimes in general without mentioning the acts they condemn.

It was as a result of these laws that the motto of the Banderists became part of the official discourse: “Glory to Ukraine”. Of course, I have nothing against this slogan, any more than I have against the cry of the Muslims “Allah Akbar!”, but after hearing it sung by the jihadists who wanted to cut my throat I can no longer think that “God is great!” and I am still haunted by what the jihadists mean by it.

Similarly, it makes sense that Ukraine has a legal framework that legalizes a form of racial discrimination. On July 21, 2021, President Volodymyr Zelensky signed a law, introduced at his initiative, on the “indigenous peoples of Ukraine. It states that Tatars and Karaite Jews have “the right to full enjoyment of all human rights and fundamental freedoms” (sic). This text, which seems very generous, is not at all so, because it is interpreted by default. It completes the texts recognizing the rights of Ukrainians of Scandinavian or proto-Germanic origin. In fact, it is used by the Courts to deny the rights of Ukrainians who do not recognize themselves in the general definition, nor in one of these minorities, in other words in those who say they are Slavic of Slavic origin. The latter people are not allowed to bring before a court their “right to full enjoyment of all human rights and fundamental freedoms”.

On March 20, 2022, President Volodymyr Zelensky declared in a video posted on his Telegram account, “Any activity on the part of politicians participating in dividing society or collaborating with the enemy will not succeed, and will receive a severe response.” With that, he banned 11 political parties (Opposition Platform – For Life, Sharij’s Party, Nachi, Opposition Bloc, Left Opposition, Union of Left Forces, Derjava, Progressive Socialist Party of Ukraine, Socialist Party of Ukraine, Socialists, Bloc of Volodymyr Saldo). While most of them were not represented in the single chamber, the Verkhovna Rada, Opposition Platform-For Life was the second largest party in the country. It received 13 per cent of the vote and won 43 of 450 deputies.

Also on March 20, President Zelensky signed decrees banning for five years three opposition channels that had been “suspended” for several months. In addition, he merged all remaining channels under the control of the Security and Defense Council.

So there is no more freedom of expression, neither for politicians nor for journalists. Ukrainian democracy is dead, not from Russian military intervention, but from the will of its own government.

A Council for the Development of Libraries was created on May 5, 2022. Among other things, it must decide on the Russian books that are overloading the shelves. The Minister of Culture and Information Policy, journalist Oleksandr Tkachenko, said that they could become a raw material for printing Ukrainian books on recycled paper.

Book burnings are a classic of dictatorships. This time, we won’t burn anything in public, but we will recycle the paper. It is less conspicuous and more ecological.

Now let’s come to the way of making war. One peculiarity of the Ukrainian army is noteworthy: it does not pick up the bodies of its dead soldiers. All other armies in the world do not hesitate to put themselves in danger for that. To give a dignified burial to their dead is indispensable in their eyes. Not to do so would have disastrous consequences on the morale of their companions. So why does the Ukrainian army act differently?

If I understand Dmytro Dontsov’s thinking, this is a preparation for the eschatological battle between good and evil. According to Scandinavian mythology, when a battle was fought by the Varegues, the Valkyries came down to the battlefield riding wolves. They decided who of the brave Vikings would die. Then they took their souls to Valhalla to form with them the future army of the “last battle”. Thus, the men fallen on the field of honor were not victims of the fate, but were chosen for a glorious destiny.

This sacred ideology refers to the “Prayer of the Ukrainian Nationalists,” written by Josef Mashchak in 1922. It is taught and recited in the Banderist youth camps. It is at the center of the ceremonies of the secret Centuria order, which the Banderists introduced into the NATO armies.

The war of the “Ukrainian nationalists” against the Slavs has therefore just begun.

The meaning of war in the 21st century

0 thoughts on “The ideology of the banderists”