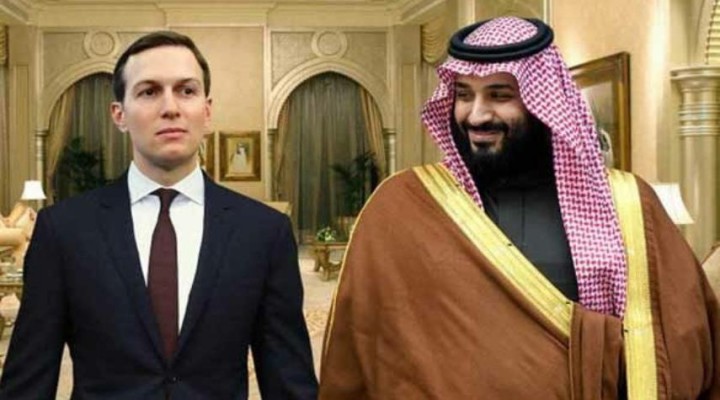 The New York Times report that the Saudi Public Investment Fund (PIF) headed by Crown Prince Muhammad Bin-Salman has invested $2bn in a private equity firm set up six months ago by Donald Trump’s son-in-law Jared Kushner can be viewed in three ways.

First: Saudi Arabia’s de facto ruler and future king is banking on Trump making a comeback to the White House by winning the 2024 presidential election.

Second: The crown prince’s relationship with Joe Biden’s Democratic administration is going through a period of tension marked by mutual distrust: especially after Bin-Salman turned down Biden’s request for an oil production hike to bring down prices, renewed his commitment to the OPEC+ deal he struck with Vladimir Putin, failed to condemn the Russian invasion of Ukraine, and reached out to China.

Third: Kushner is being repaid for defending Bin-Salman after US intelligence agencies concluded he ordered the murder of journalist Jamal Khashoggi, and also for steering a ten-year $110bn weapons sale to Saudi Arabia through Congress.

Kushner, arbiter of the infamous ‘Deal of the Century’ and broker of the even more infamous ‘Abraham Accords’, clearly seeks to reap the rewards of his services to his ‘friend’ Bin-Salman when he was Trump’s chief advisor and gatekeeper. This raises a host of political and legal issues about the abuse of his position after leaving office.

According to the NYT story, Bin-Salman over-ruled objections from PIF advisors about this deal and forced it through, meaning he was determined to back Kushner and his firm for political and maybe also personal reasons.

The PIF is supposed to make profit the main consideration of its investment strategy, but politics and perceived prestige clearly play a role sometimes in determining the companies and countries it invests in.

We can’t tell if Bin-Salman is right to bet on Trump returning to power. That can’t be ruled out, given Biden’s abysmal record in office. But there’s also no guarantee that Trump would pursue the same policies in a new term that he did in his first, especially in the Middle East.

Kushner’s inexperience as an investor may be a problem for Saudi Arabia, as the PIF advisors warned. But the failure of most of the Middle East policies he promoted on behalf of his mentor Benjamin Netanyahu could prove to be an even bigger liability. The armed uprising developing in occupied Palestine shows that involvement in the ‘Abraham Accords’ has become a major embarrassment, and indeed threat, to those who got caught up in them.

Bin-Salman banks on a Trump comeback