HOME / Exclusive Subjects / Memorandum of Understanding with the UN High Commissioner and Bahrain’s National Plan for Human Rights: Rights concerns over the seriousness of the authority 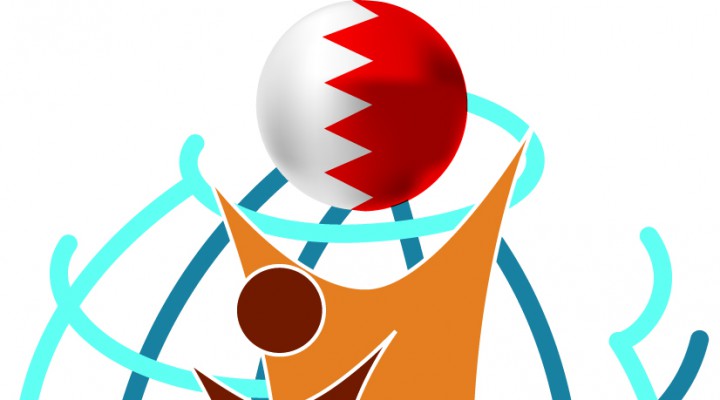 Exclusive– The Bahrain Forum for Human Rights has organised a symposium on the sidelines of the 49th session of the Human Rights Council, entitled “Bahrain: Memorandum of Understanding with the High Commissioner and the National Plan for Human Rights”, moderated by political activist Mr Ahmed Al-Mataghawi, who highlighted in the opening speech the worsening rights situation in the country at all levels, as political prisoners suffer from flagrant violations that confirm that Bahrain’s authority does not respect its international obligations as revealed by reports and testimonies of victims, periodically.

In his testimony, teacher and political activist Ali Muhanna dissected his son Hussein (27) arbitrary sentencing to life imprisonment in a trumped-up case, based on confessions extracted under severe torture. He stressed, “The treatment of political prisoners is quite inhumane and harsh. During my arrest in 2017, I endured the humiliating inspection and unjustified restrictions, especially during the month of Ramadan, whereby political prisoners suffer from various health disorders and poisoning due to poor storage. Insects and rodents are common, sunlight and adequate infrastructure are lacking especially those related to water and air-conditioning”. Muhanna revealed that the prison authorities do not fix the necessary maintenance, especially the air-conditioners, as they ignore these requests, what helps the spread of infectious diseases, and punish the prisoners of conscience collectively, arbitrarily and retaliatory in confinement in cells. Muhanna spoke about the rampant medical negligence, as happened in the cases of the victims, Abbas Malallah and Hussein Barakat, and stated that he repeatedly requested grievances for the treatment of his son, but they did not respond.

For his part, former MP and chairman of Salam Organisation for Democracy and Human Rights, Mr Jawad Fairouz, said that the memorandum of understanding to be launched would contribute to redressing the rights plight in light of several concerns, including the lack of political will to adopt a comprehensive human rights reform.  Fayrouz pointed out that the Bahraini government has not adhered to the repeated UN recommendations, as death sentences, revocation of citizenship, torture and legislation prohibiting political rights, the application of the political isolation law and the restriction of opposition are escalating.  Fairouz stated that rights organisations are unanimous in the need to reform the human rights situation, but they stress not to rush into signing this memorandum without any guarantees, pointing out that the timing of the memorandum is on the cusp of the upcoming elections and the universal periodic review, is a step through which the Bahrain government seeks to improve its image.  He continued, “Therefore, it is necessary to consider the death sentences, the revocation of citizenship, the detention of opposition leaders and the change of repressive behaviour before signing the memorandum. There is no comprehensive rights reform in Bahrain, nor signs of improvement in the human rights situation in light of the restrictions imposed on freedoms of expression, press legislation and censorship, the living situation of Bahrainis is getting worse”.  Fayrouz concluded stressing that the rights reform map needs a serious, comprehensive and tangible political will that guarantees the sovereignty of the state and the independence of its institutions.

Political opponent, Mr Fadel Abbas, expressed his fear that the memorandum will turn into a political propaganda in favour of the Bahraini government, as there are many outstanding rights files that need to be addressed, and the repression is escalating and a comprehensive restriction of freedoms and the Political Isolation Law is clearly obscuring the opposition from the scene. Abbas warned that transitional justice is incomplete, arrests and summonses have not stopped, and there is no genuine dialogue between the authority and the opposition. He went on, “Signing the memorandum without guarantees will harm the political and rights situation and will turn into a propaganda tool for the government, and will constitute a human rights setback in the country”.

In the same context, chairman of the Bahrain Forum for Human Rights, Mr Baqer Darwish said that the desire to regulate the relation with the UN mechanisms is one of the basic goals of citizens, but there are concerns about signing this memorandum, in light of the authority’s keenness to undermine the activism of civil society to the point of turning it into a “phobia” that prompt the government to take revenge on the work of the rights activists, prosecute them and ban them from travelling to attend various UN events in Geneva. Darwish pointed out that the authority systematically launch campaigns of distortion to obstruct the democratic sphere and the civil society oversight as it’s aware of its role in limiting violations. He added that Bahrain is a security state that agitates differing opinions and criminalizes every civil society that is not in line with its security policy. Darwish underscored that “The memorandum of understanding or the national plan in their current form do not guarantee addressing the right grievances as they are unilateral measures in which the authority did not take the opinion of the independent civil society and blatantly excluded it. This confirms that it does not abide by its promises”. Darwish explained that the origin of the current rights crisis is the constitutional political crisis, and said that addressing the repercussions by undermining rights as the option of ‘alternative sanctions’ perpetuates the practice of revenge against the advocates and the policy of impunity, surveillance and the absence of transparency.  At the conclusion of his intervention Darwish denounced Bahrain’s designation of Abdullah Al-Dosari as head of Bahrain’s representative, as he is a provocative security figure reportedly complicit in grave rights violations, adding that this “is an indication of the lack of seriousness of the authority, which will employ this memorandum in polishing its violations. Hence, it is necessary to provide written and unconditional guarantees, as well as to publish the draft agreement publicly.”

Abdullah Al-Dirazi, the former Vice President of the National Institution for Human Rights, praised the move. The interlocutors agreed that this hope, as long as it is not accompanied by serious steps, means that the violations will persist.

As for the prominent rights advocate, Ibtisam Al-Saegh, she confirmed that the rights community in Bahrain is confident in the intentions of the Commission; nonetheless, it fears that the authority will use this memorandum to legalise repression and the culture of impunity. Al-Saegh added, “We look forward that the memorandum will be a sign of hope, but the political isolation, arbitrary arrests, and medical neglect continue. Death sentences must be abolished and political prisoners released, especially minors. What we aspire for is tangible change, seriousness, accountability for the perpetrators, and justice for the victims, as the Bassiouni report recommends. In every house in Bahrain there is a victim of repression and the miscarriage of justice due to their demand for legitimate rights”.

It is noteworthy that the Minister of Foreign Affairs, Abdullatif Al-Zayani, and the Acting Resident Coordinator for United Nations Activities, Head of Mission of the International Organisation for Migration to Bahrain, Muhammad Al-Zarqani, signed the Declaration of Intent on the National Human Rights Plan for the Kingdom of Bahrain for the years 2022-2026, as reported by Bahrain’s News Agency last August, “confirming the cooperation between the Kingdom of Bahrain and the United Nations in various fields,” according to the agency.

Besides, last October, the Council of Ministers approved the memorandum of the Ministerial Committee for Legal and Legislative Affairs regarding the memorandum of understanding on cooperation between Bahrain and the United Nations High Commissioner for Human Rights, preceded by a rights speech that coincided with the appointment of Abdullah Al-Dosari as head of Bahrain’s diplomatic mission to Belgium with the title of Ambassador Extraordinary and Plenipotentiary. Al-Dosari was the assistant foreign minister in charge of human rights affairs for 25 years, and his administration of the human rights file was characterised by its tight security grip and flagrant rights violations.

0 thoughts on “Memorandum of Understanding with the UN High Commissioner and Bahrain’s National Plan for Human Rights: Rights concerns over the seriousness of the authority”