HOME / WORLD / Remembering the Saudi Invasion of Bahrain, when hopes for reform were quashed 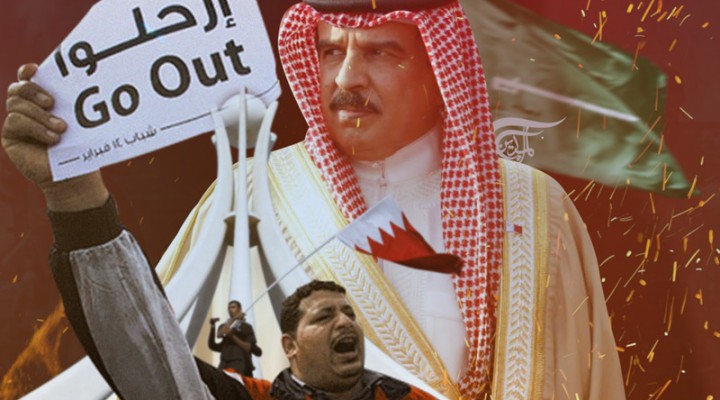 To keep Al Khalifa’s royal family on its illegitimate throne, an estimated 5,000 Saudi and Emirati soldiers invaded the country, on the 15th of March 2011.

While the eyes of the world remain fixed on Ukraine, lost in the public consciousness is the ongoing invasion of Bahrain since mid-March 2011. The plight unfolding in the country goes routinely under-reported. Eleven years later, despite the popular outrage, foreign troops are still there serving at the pleasure of the ruling regime.

This time, in addition to the US, the UK, and Saudi Arabia, the Zionists have eventually confessed what the opposition long before warned of, that they have long been in the country, the occupied non-sovereign island I mean.

To make it clear, it is not true that the Bahraini uprising was inspired by the so-called “Arab Spring” that swept across much of the Middle East and North Africa. Definitely, they coincided with that systematic chaos, sponsored and orchestrated by the West. However, the Bahraini massive demonstrations are thoroughly different as they were a reaction to the deeply rooted oppression and even started earlier in 2010.

In its 2010 report, Human Rights Watch exhibits that the rights conditions deteriorated sharply in mid-August as the authorities “detained an estimated 250 persons, including nonviolent critics of the government, and shut down websites and publications of legal opposition political societies”. It adds that “some rights activists were among those held and allegedly tortured”, and that “among the first people arrested were activists who had just participated in a public meeting in London where they criticized Bahrain’s human rights record”. This was the currently detained Dr. Abduljalil Al Singace whose plight is beyond humanitarian bounds.

Likewise, the 2011 protests were quelled with a strict crackdown on the armless dissents as they threatened not only the local monarchy, but also the neighboring dynastic monarchies, who have a paranoia of their own people’s aspirations to be free and independent.

So to keep Al Khalifa’s royal family on its illegitimate throne, an estimated 5,000 Saudi and Emirati soldiers invaded the country, on the 15th of March 2011, to protect the 6 GCC member states “against external threats”.

On March 18, the Bahraini government toppled the Pearl Roundabout, the hub of the protests, which had been built in 1982 as a commemoration of the importance of pearl diving to the country’s pre-oil economy. The 6 twisted columns (300 feet tall) that held the concrete Pearl symbolized these 6 GCC states.

And to deter that alleged threat ‘The Barbagi Mosque’, a more than 400 years old historic mosque, was also bulldozed on 17 April 2011, at the behest of the Bahraini government, along with other 29 religious sites. It was not only a demolition but cultural genocide.

The invasion left dozens of citizens murdered, hundreds injured, thousands in prison, and thousands more without jobs. High-level security officials have not been held accountable for serious violations. It was collective reprisal brutally that the government showed it was willing to go to any lengths to squash the hopes for a democratic transition in Bahrain.

Of the more than 4,600 public and private workers dismissed in 2011, the vast majority of cases remain unresolved as the BICI recommended. Among those few that have been resolved, hundreds were not reinstated in their original jobs, but in lower jobs in the private sector.

All of these escalations took place amid the silence of Washington, who is now standing firm against what it calls “Russian Invasion”. Well, the Bahrainis are not Ukrainians, they are “uncivilized” and “non-whites” and “non-blue-eyed”, so who cares!

This invasion stayed off the radar of the mainstream media due to the regime’s strategy of systematically shutting out independent media, which were either expelled or denied access. Meanwhile, hard-hitting coverage of the alarming crisis is kept to a minimum by those controlling the narrative. The international community does not appreciate just how grave the grievance is. The ramification of its collective silence will bear on the entire world.

It is unfortunate that the Bahraini regime’s run-in with its unpalatable theocracy has escaped Western news feed which over a decade has thwarted the people’s democratic dream.

The tiny country is obviously too much of a geopolitical pressure point for the West to consider losing it to those marginalized people’s aspiration to self-determination. Besides, the reason is that Bahrain offers an invaluable military vantage point against the rising might of the Axis of Resistance; the ferocious beast the imperialist powers terribly fear for it speaks of liberation, freedom, independence and socio-political empowerment.

Although the regime has tried to claim the domestic unrest was a terrorist conspiracy, they failed to provide one single piece of evidence to support this claim. The head of the peaceful opposition, the now-detained and sentenced to life Sheikh Ali Salman, was an advocate of non-violence, and as such, the oppression he was met with was not only unwarranted but inhumane and unethical.

The government thought that penalizing Sheikh Ali Salman for opposing totalitarianism would force citizens not to revolt, but to tolerate oppression as a socio-political reality. Well, the ongoing daily protests despite all restraints, and their legendary steadfastness refute this tribal mentality.

All Sheikh Ali Salman has ever done is call for reforms within the spirit of social justice, and it is a tragedy his commitment was met by such vengeful recklessness. How can Washington speak of democracy and human rights and keep mum when a prominent national leader is arbitrarily incardinated on account he demanded his government showed justice towards all Bahraini citizens?

0 thoughts on “Remembering the Saudi Invasion of Bahrain, when hopes for reform were quashed”