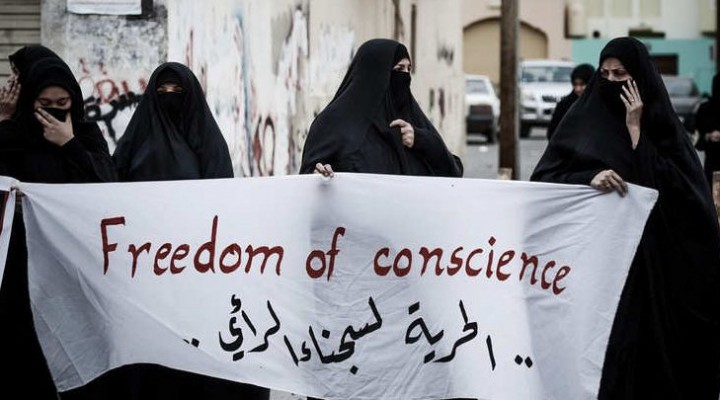 Exclusive– Over the past decade, and especially in the wake of Covid-19 outbreak, voices have been raised calling for the unconditional  release of Bahrain’s political detainees.

In light of the critical spread of the infectious virus, claiming millions of victims around the world, thousands of prisoners of conscience are languishing in Bahrain’s notorious overcrowded Jaw prison, under harsh conditions, and amid the absence of any precautionary measures that endanger their lives.

However, the Bahraini authorities remain ignoring all invitations at home and abroad to release them, as an essential precautionary measure that would contribute to protecting them from the deadly epidemic.

It is worth mentioning here that those political prisoners did not commit any crime to stay there, and their confessions were extracted by force and under torture. Rather, they peacefully demanded reforms, whether political or social, out of their sense of national responsibility towards their homeland.

The Bahraini government must release those political prisoners as the first step any rational government take on to calm the situation and settle its local crises. It is a political and humanitarian obligation especially since all the political detainees in Bahrain have been subjected to malicious sentences that have no basis but politicaly-motivated.

Those prisoners have been incarcerated because they called for combating corruption and establishing justice, as the government has long evaded its responsibilities and legitimised plundering the national wealth.

Whoever follows the pleas of the oppressed Bahrainis realises the extent of their grievances, and at the same time, senses the government’s bravado, as it does not appreciate democracy nor human rights.

Their release unequivocally provides an opportunity for reconciliation, however, evidence indicates that the regime does not want to settle the dire political crisis, and that prefers security options, which entails repression, persecution, abuses, arrests and unfair trials, and which unfortunately paves the way to complicate matters more and more.

By normalisation ties with the Zionists, the government has apparently resorted to escalation, bearing in mind that repression terrorise the people and compel them to remain silent. On the contrary, the Bahrainis remain steadfast, until their dream of freedom becomes true.