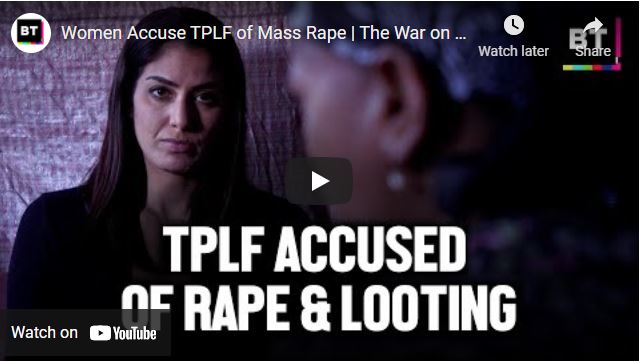 Nifas Mewcha, a town in northern Ethiopia, was attacked and captured by the Tigrayan People’s Liberation Front, or TPLF, from August 12 to August 21.

Breakthrough News traveled there and spoke to several women who gave testimony that they were gang raped by TPLF fighters, many in front of their children, in the nine days the group occupied the town. We filmed them from behind to protect their identities.