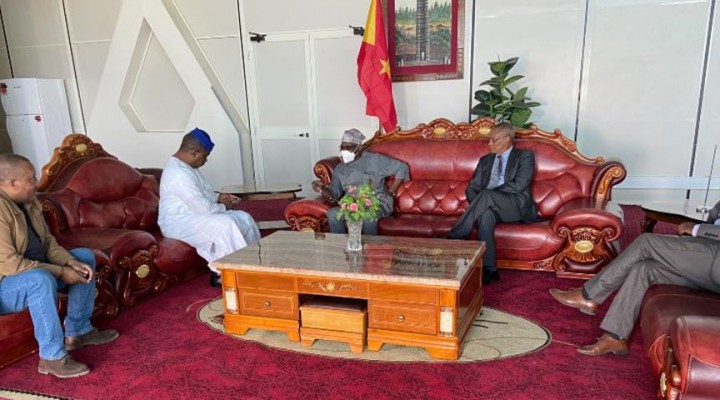 The Ethiopian people are united in their opposition to it ever returning to power and deviously dividing and ruling them through the exacerbation of artificially manufactured identity conflicts, terrorism, and crimes against humanity.

The US-led West’s Hybrid War on Ethiopia that’s been waged by their TPLF proxies for nearly the past 14 months was preceded by the TPLF’s own Hybrid War of Terror on that same country since the moment when Prime Minister Abiy entered office in April 2018. He exposed their machinations on 30 November 2020 in his response to the queries that were raised by members of parliament at that time, the English translation of which can be watched in full on YouTube. While his compatriots are keenly aware of everything that the TPLF had done to their country during its 27 years in power, especially since they all directly suffered because of it, most of the international audience still has no idea.

Prior to PM Abiy’s rise, the TPLF ruled Ethiopia with an iron fist and tolerated absolutely no dissent. Countless people were arbitrarily arrested, tortured, and even extrajudicially executed during those dark years. The party’s system of “ethnic federalism” aimed to perpetually divide and rule the country at the expense of its people and their socio-economic development. They installed their cadre in the top military and business ranks in order to rule Ethiopia as their personal fiefdom while funneling billions of dollars outside the country into foreign banks. Basically, this clique captured control of one of the world’s most populous nations and drove it into the ground while profiting the entire time.

PM Abiy’s ascent to national leadership was the result of inter-factional struggles within the umbrella EPRDF. He represented the moderate and reformist wing while the TPLF remained tethered to their radical neo-feudalist business model. Following his victory, they conspired to control him through their powerful influence network embedded within the country’s permanent military and intelligence bureaucracies. That’s why one of PM Abiy’s first orders of business was to urgently reform those sectors in order to rebuild these previously corrupted institutions. This was carried out in parallel with his socio-economic, legal, and political reforms, all of which were supported by his people.

The Start Of The TPLF’s Terrorist Campaign

Nevertheless, the TPLF wasn’t going to surrender its moneymaking enterprise without a fight. It quickly got to work leveraging its powerful influence network for the purpose of provoking inter-ethnic conflicts across the ultra-diverse civilization-state that had recently been liberated from that clique. This explains the violence that erupted after PM Abiy entered office. Contrary to some external observations at the time, these weren’t the natural outcome of preexisting identity tensions, but the deliberate exacerbation of those same tensions that were artificially manufactured in the first place by the TPLF itself as part of its divide-and-rule policy over nearly the past three decades.

The Hybrid War Of Terror On Ethiopia

Seeing as how Hybrid Warfare is the exacerbation of identity conflicts for the purpose of regime tweaking (political concessions), regime change (self-explanatory), and/or regime reboot (radical constitutional reform in the direction of “Bosnification”), it can therefore be said that the TPLF was indeed waging its own Hybrid War on Ethiopia. It was a terrorist one as well due to the tactics that it resorted to in order to provoke ethnic conflict across the country as part of its crusade to regain power. The TPLF’s resultant Hybrid War of Terror on Ethiopia also incorporated economic and information warfare dimensions due to the consequences that it had on the economy and the country’s reputation.

Furthermore, PM Abiy exposed the extent to which they attempted to continue controlling the country by proxy through the placement of its members in the highest ranks of the military apparatus. Not only that, but he informed the nation how the TPLF hoarded weapons in Tigray ahead of its surprise attack against the Northern Command on 3 November 2020, a day that will forever live in infamy for all Ethiopians as the worst terrorist attack that the country ever experienced in its history. The group carried it out in desperation after failing to return to power through the Hybrid War means that were earlier explained and which were connected to its chaotic divide-and-rule identity conflict terrorism.

The TPLF’s Existential Threat To Ethiopia

The TPLF’s agenda is to completely destroy Ethiopia if it can’t successfully recapture control of it, ergo all the evils that it committed out of spite since that fateful day. In fact, it can be argued that the group plans to destroy Ethiopia even if it returns to power by “Bosnifying” the country into a potentially countless collection of quasi-independent statelets that it can then sell off for cheap to its many foreign patrons in exchange for their support since 2018. Ethiopia would thus exist only in name, while ceasing to exist in any practical sense. It would essentially be colonized by foreign economic and political neo-imperialist interests, which is a future that no Ethiopian wants to have happen.

What’s so unique about the TPLF’s Hybrid War of Terror on Ethiopia is that it was waged by the most influential faction of that same country’s former ruling party whereas all other Hybrid Wars have been waged by foreign forces relying on domestic proxy elements. That latest phase of the Hybrid War on Ethiopia certainly represents that more conventional model, but the prior one is very unique since it amounts to an unprecedented act of treason. Never before has a former ruling party tried to destroy their own country in such a way after leaving power like the TPLF did through its exacerbation of the same identity conflicts that the group itself artificially manufactured during its time in power.

This makes the TPLF’s Hybrid War of Terror on Ethiopia instructive for all researchers into this subject. The group’s crimes over the decades continue to be exposed, which will help the international community better understand the extent of the evils that it committed against its compatriots. Ethiopians were subjected to one of the most brutal socio-political experiments in history wherein a tiny clique managed to divide and rule them for nearly three decades through intense psychological warfare that relied on tribalistic rhetoric for destroying their unity. Having said that, history also attests to the TPLF’s complete failure since the shared suffering of the population actually unified it even more.

Unity Through Shared Suffering And Hopes

Ethiopians of all ethnicities, religions, and regions united behind PM Abiy’s vision for an Ethiopian Renaissance driven by his revolutionary reforms. It was they who created the context in which his moderate and reformist faction of the former ruling party was able to triumph over the TPLF during the country’s inter-factional struggle at the time. They also solidly stood behind him since the comparatively more conventional phase of the TPLF’s Hybrid War of Terror on Ethiopia began nearly 14 months ago. The lesson to be learned is that even the most brutal regimes cannot remain in power indefinitely since their crimes against humanity ultimately serve to unify the population instead of divide them.

The “phased leadership transition” that the Ethiopian people catalyzed within their country directly resulted in PM Abiy’s rise, which the TPLF then maliciously tried to sabotage after they couldn’t succeed in controlling him as their puppet like he explained in detail to the parliament in late November 2020. The group basically tried to continue ruling the country through the “state-within-a-state” that they’d established via their powerful military-intelligence networks. When this was dismantled, they resorted to their separatist backup plan, in preparation of which they hoarded weapons in the Tigray Region. This was all intended to destroy the very same country that they previously ruled.

The TPLF planted socio-political bombs all across Ethiopia during their decades in power that they then detonated at convenient times in the two and a half years prior to their desperate separatist push in November 2020. These bombs failed to destroy the country since the people remained united behind PM Abiy after realizing that their latest suffering was the result of the same clique that previously controlled them and had nothing to do with their new leader or even any genuine differences with their neighbors. All those differences, it should be remembered, were artificially manufactured by the TPLF as part of its divide-and-rule policy to indefinitely remain in power.

Those socio-political bombs were then detonated as collective punishment against the people who created the context in which PM Abiy was able to enter office and subsequently reverse the immense damage that the TPLF dealt to the state during the years that it abused Ethiopia as their personal fiefdom. His drive to rebuild Ethiopia’s institutions threatened their “state-within-a-state” system that the TPLF relied upon in order to continue controlling the country by proxy and profiting from their far-reaching exploitation and extraction networks. PM Abiy knew that the Ethiopian people would never be truly liberated so long as these networks remained in place, which is why he sought to dismantle them.

With all of this in mind, Hybrid War researchers can learn plenty from the TPLF’s Hybrid War of Terror on Ethiopia. In brief, they should study the means through which the group divided and ruled Ethiopians through the exacerbation of artificially manufactured identity conflicts. It’s also useful to learn more about how it sought to sabotage PM Abiy’s reforms in the two and a half years ahead of their November 2020 surprise attack that suddenly transformed their Hybrid War into a comparatively more conventional one. Furthermore, researchers should investigate how Ethiopia managed to remain united in the face of these threats in order to share this insight with other Hybrid War-victimized societies.

It’s imperative for the international audience to become aware of the TPLF’s Hybrid War of Terror on Ethiopia since these facts expose the fallacy of the information warfare narratives being pushed by that group and its foreign patrons. The Ethiopian people are united in their opposition to it ever returning to power and deviously dividing and ruling them through the exacerbation of artificially manufactured identity conflicts, terrorism, and crimes against humanity. Their shared suffering is responsible for them hating their oppressors with a passion, while their shared hopes explain why they’ve rallied behind PM Abiy since he embodies the Ethiopian Renaissance that they all dream to achieve after the war ends.