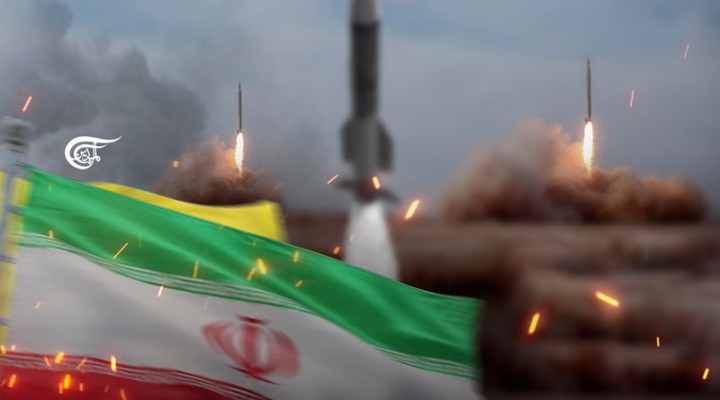 This dilemma for “Israel” precisely sat at the crux of discussion during the Biden visit to “Israel”. “Israel” insisted that Biden must draw a ‘red line’ for Iran: Either agree to a diplomatic solution with Tehran within a fixed deadline or face war with America. Biden demurred.

Sayyed Hassan Nasrallah has warned – explicitly – that if Lebanon’s maritime EEZ exploration rights vis à vis “Israel” are not resolved, he would go to war.  He even set a deadline: September.  Just a month away.  In this context, there is a potentially explosive precedent: The situation of the disputed Lebanese fields (Karish and Qana) is eerily reminiscent of the stolen gas fields in Palestine’s Gaza Strip. With the naked eye, Gazans can only stand-by and watch the Israeli gas drilling platforms operate a few kilometres off their own coast — returning in revenue to them but a few paltry percent of the extracted value.

Hezbollah is determined that Lebanon’s energy assets should not go the same way.

To rub salt in the wound, on 15 June, a MOU was signed to export this same offshore Palestinian gas to the EU, which as all the world knows, is simply desperate for gas after its strategic error in joining with Washington in sanctioning Russia. The EU reportedly will be paying the PA in return just 4% of value.  (The EU, by complete happenstance however, has just announced a new Palestinian aid package to the PA, at Euros 224.8 m).

Sayyed Nasrallah’s stance over Israeli exploration of the Karish field in disputed Lebanese waters perchance may bring a change in the Palestinian resistance calculus however, should the Region descend into war.

Now, look east: Alon Pinkas, a former Israeli diplomat and senior political adviser, picks up on a comment by (former Iranian Majlis Speaker) Ali Larijani that “the Israeli-Iranian conflict can’t be solved by diplomacy”, adding that Iran’s political and military officials need to pay close attention to this development.

Here is the first inflection point: Former PM Ehud Barak has written in Time Magazine that Iran will indeed reach nuclear threshold status. And that it is too late to stop it: “Yes, it will still take them [the Iranians] from 18 to 24 months to [get] to a missile warhead. But these steps can be executed in a small lab or workshop – and cannot be easily followed, never mind stopped”.

“So even if you have excellent intelligence (which is not always the case), and you know in real time what is happening, you might find that you can’t do a lot about it. So the reality is this: Both Israel and (for sure) the US can operate over the skies of Iran against this or that site or installation – and destroy it. But once Iran is a de-facto threshold nuclear state, this kind of attack simply cannot delay the Iranians from turning nuclear”.

What it means, Barak writes, is that “the US can still deter Iran from going nuclear by a diplomatic ultimatum to stop the program, backed by credible threat of a wide scale war. Nothing short of that, can assure a result. I hope this is still realistic”. (Emphasis added)

Yes, Barak is saying that “Israel”, too, is now at a new inflection point. The old containment mechanism of the JCPOA is passé; he says that the Israeli-Iranian conflict can’t be solved by diplomacy, but only through a credible prospect of war.

This dilemma for “Israel” precisely sat at the crux of discussion during the Biden visit to “Israel”. “Israel” insisted that Biden must draw a ‘red line’ for Iran: Either agree to a diplomatic solution with Tehran within a fixed deadline; or face war with America. Biden demurred. He simply repeated that he favoured diplomacy.  He would not say the ‘what if’ the JCPOA fails — to PM Lapid’s great frustration.

Biden’s riposte is not a ‘strategy’ — it is a hope to ‘muddle through’: Hope that “Israel” will not attempt anything foolish; that Iran will be content to remain poised at the cusp of ‘breakout’ (being shorthand for the decision, followed by action, to shift from civilian program, to weapons), and that calm can be preserved through the US November midterms.

So, what can “Israel” do in the face of Biden’s non-response?  As Alon Pinkas delineates it: To “implementing a steely, methodical approach toward Iran that matches Tehran not so much target for target, but strategy for strategy. The endgame: To reset the [deterrence] red lines”.  (Again.)

Lapid: “We have told the world we are not willing ‘to take it anymore’, Iran says we can bring the war to your doorstep, because you will never bring it to ours … this is not how it’s going to play [out] … If the Iranians are bringing war to our doorstep, then they’re going to find war at theirs. If they want to avoid it, then we will avoid it as well”.

Pinkas paraphrases Lapid’s statement thus: “We have heard your tedious proclamations that you intend to wipe us off the map, to raze Tel Aviv to the ground, and so on. We are done dissecting every word for hidden meaning and ambiguity we get it … So please hear this: If Iran’s endgame is the eradication of Israel, that will also be Israel’s strategy”.

Well … we ‘get that’. And that statement is apt augury to our Second Inflection Point: Knesset member Itamar Ben-Gvir, the far-right gadfly who heads the Jewish Power party, is currently the biggest TV star in Israeli politics since Netanyahu.  He is the perfect embodiment of an eternal ‘hilltop youth’, (i.e. of  Settler radicalism). In previous elections, Netanyahu ensured that Itamar Ben-Gvir, an out and out racist, would be elected and be part of the ruling coalition. We, Chuck Freilich writes in Haaretz, “must recognize the fact that Ben-Gvir is a game changer, that he is unifying the ultra-Orthodox, the settlers and Likud into a large bloc”.

The right has not had such a revolutionary propagandist since Netanyahu … This is what’s at stake. That is what the upcoming elections are about. Should Netanyahu be re-elected, we may rapidly find ourselves back where we were, only much worse this time. The coalition that might bring him back to power would be composed of the most radical and darkest forces in “Israel’s” history, Freilich warns.

Who is bluffing whom, here? “Israel” claims to be ‘trying to understand Nasrallah’s ultimatum on the maritime issue’. Israeli officials say, that the Sayyed is losing his cool. He has, they say, embarrassed himself at least twice in recent weeks. Israeli assessments thus explain Nasrallah’s words as a diversionary tactic, by drawing attention to the supposed threat from “Israel”, in order to deflect attention from his sensitive standing in domestic Lebanese politics.

But that was not what senior officials told Biden during his Israeli trip. They warned that Sayyed Nasrallah very likely is serious about threatening war.

And, as for “Israel’s” mutual assured eradication (of Iran) hint? If that cannot be achieved conventionally, as Ehud Barak has cogently explained, does the mooted shift to the hard Right in “Israel”, suggest a nuclear response to ‘Breakout’, might soon be on the table?  Or, is this another bluff?

So then, at a moment when Taiwan and Ukraine are at the forefront of global concern about risks of war, it is well to recall that Mike Pompeo, in a considered policy speech at the Hudson Institute in June, defined Taiwan and Ukraine, as well as “Israel”, to be The Three Lighthouse pivots to neo-conservative supportive action.

0 thoughts on “Winds of regional war are blowing”