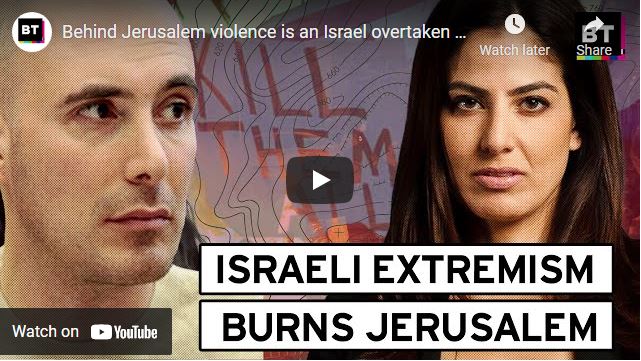 As Israeli violence against Palestinians in occupied East Jerusalem heats up amid looming evictions of Palestinian families in Sheikh Jarrah and Israeli police storming the al Aqsa mosque, Rania Khalek is joined by investigative journalist David Sheen from Haifa for insight into the Israeli side of the equation.

Israeli Jewish extremism has been on the rise for years, explains David, with the religious Zionist movement gaining power in government and in the streets. Their messianic movement wants to demolish the Al Aqsa mosque and build a third Jewish temple in its place. They want to ethnically cleanse Palestinians from all of historic Palestine. They want a theocracy. And Netanyahu has empowered them to maintain his own diminishing power.

Why is this happening now? What are the Israeli political divisions and machinations driving the violence? What’s behind the Israeli lurch to the religious far right? And is there any chance for reversing these developments? Or are Palestinians trapped at the mercy of an increasingly genocidal Israeli politics with zero obstacles to carrying out their apocalyptic vision?