HOME / WORLD / What has the PA done to halt Israeli apartheid? 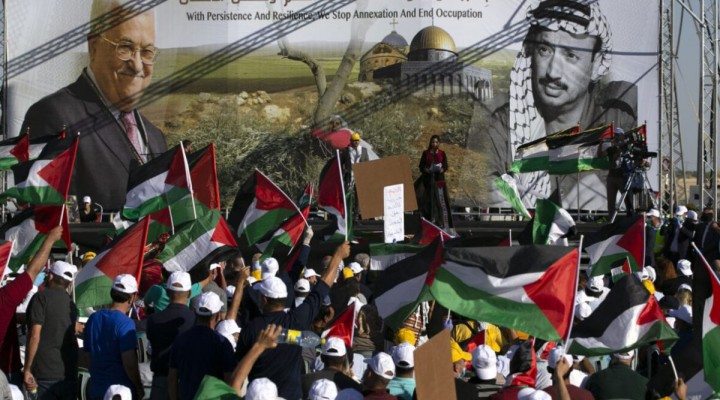 The Palestinian Authority couldn’t have hoped for better timing for the release of the Human Rights Watch report detailing Israel’s apartheid system and violations. It’s just a pity for the PA that Palestinians are not fooled by a leadership that calls for the international community to act upon the report, while it once again cancels elections in a repetitive cycle that was obviously going to happen from the minute the dates were announced.

A very brief report by Wafa news agency gave details about PA Prime Minister Mohammad Shtayyeh calling upon the UN and its affiliated institutions for more recognition of Israel’s crimes and “the need to form an international front to end the Israeli occupation in the Palestinian territories.” A hypothetical front, of course, in which the Palestinian leadership would not take part. The safety it enjoys through collaborating with Israel and the international community in maintaining Israel’s expansion is thus rewarded handsomely, just as security coordination, which entrenches Israel’s apartheid system, has proved to be profitable for the PA.

With HRW calling out apartheid just as the PA was busying itself with the cancellation of elections, a brief window of opportunity was presented in which the Palestinian leadership embarked upon its worn-out and ultimately pointless strategy of complaining. Not only because the international community would never heed statements that call for one of its greatest allies to be held accountable, but also because the PA itself is an entity without dignity.

No real steps to combat apartheid have been taken by the authority led by Mahmoud Abbas. It always takes its cues from what other organisations, influential ones if possible, are disseminating to the media. First B’Tselem and now HRW have highlighted Israel’s apartheid system, both belatedly but still welcome nonetheless. The PA, however, has first-hand experience of Israeli apartheid and it has maintained a stance of near-silence interspersed with occasional warnings. The approach complements the occasions when President Mahmoud Abbas reneged on his decisions that could have challenged Israel’s apartheid system.

Instead, Abbas has opted for a repetitive cycle that falsely promotes change, while waiting for the opportune moment to end the debacle on his own terms, for the PA’s benefit, and for Israel.

His only recent warning was during the J-Street conference last month when he warned that the Palestinian people and the international community would not accept a de-facto apartheid situation in Palestine. Of course, Palestinians would not accept such subjugation, but how is Abbas so sure that the international community won’t turn a blind eye, now that the Abraham Accords have changed perceptions regarding Israel’s concept of annexation and expansion?

Abbas eliminates the fact that while the international community has been open to exploring alternatives that protect Israeli expansion, which means that a “Plan B” would be considered for Israel’s benefit, the same recognition has not been allocated for Palestinians, who remain tethered to sham “two-state” diplomacy and politics. The HRW report is not a propaganda item to be exploited by the PA. The facts it contains should have compelled the Palestinian leadership towards analysing its own role in maintaining Israel’s apartheid practices against the people of occupied Palestine.

0 thoughts on “What has the PA done to halt Israeli apartheid?”