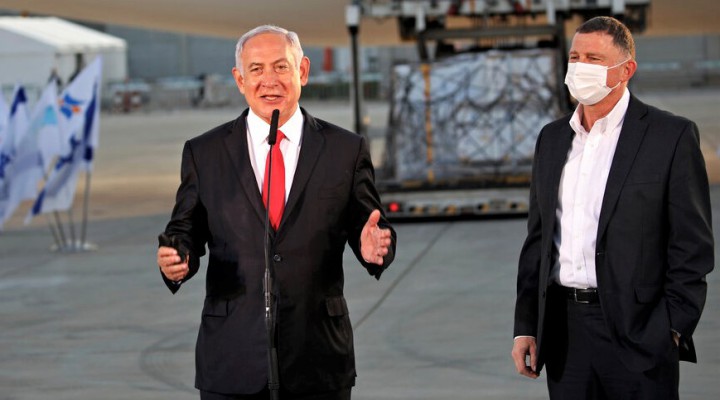 As focus shifts from the spread of the coronavirus pandemic to the distribution of vaccines, the latter spearheaded by unequal access as a result of unilateral deals with pharmaceutical manufacturers, the divide between the West and the global poor has been the subject of mild controversy. Vaccination success, after all, is based upon statistics that highlight a country’s efficacy and prominence, rather than the ethical, moral, and political considerations behind the drive to herd immunity.

Israel is no stranger to this travesty of success. Its vaccination program has been hailed worldwide as exemplary. Research carried out by Our World in Data, which is affiliated with the University of Oxford, shows Israel leading with over 60 percent of its population vaccinated. The statistic, however, only includes its settler population. The Palestinian people in the occupied Palestinian territories – numbering 4.5 million and whom Israel is obliged to provide medical access to under the Fourth Geneva Conventions – are not included in the data.

Human rights and non-governmental organizations penned an open letter to the institution, pointing out the discrepancy which gives an inaccurate description of Israel’s success. The letter states, “one of [the university’s] charts uses politicized and misleading figures, celebrating one of the oldest regimes of military occupation and perpetuating its impunity before international law.” The letter called out the issue of politicizing data and urged an update to reflect not only accuracy, but also the true nature of Israel’s reneging on its obligations as an occupying power.

By February, Israel had hoarded enough vaccines for its entire population, including the Palestinian people living under colonial occupation. Shirking its obligations to the Palestinians, the Israeli government instead determined it would use its excess supply of vaccines as international humanitarian aid, sparking an outrage among critics accusing the settler-colonial state of vaccine diplomacy. Among the recipient countries were Guatemala, the Czech Republic, and Honduras—all of which received thousands of Moderna vaccines as a token gesture, after Israel reached an exclusive deal with Pfizer for unrestricted vaccine supply.

Shirking its obligations to the Palestinians, the Israeli government instead determined it would use its excess supply of vaccines as international humanitarian aid.

The deal’s catch is data sharing – in return for unlimited access to vaccines, Israel agreed to share its data with Pfizer, raising concerns about breaches of privacy. The contract does not specify individual information but includes clauses that require Pfizer to delete any “accidentally provided data that makes a patient’s identity identifiable.” Financial details pertaining to the deal have not yet been made public.

Pfizer’s CEO, Albert Boula, explained the alleged reason as to why Israel was chosen for the deal. “We knew it would be good for humanity if we chose one country where we could demonstrate what the [vaccination] of the population could contribute to the health of its people, and also to the economy – because the economy could be reopened,” Bourla stated.

So entrenched has the vaccine drive become in the current Israeli political narrative that Bourla and Pfizer got a special mention on Israel’s Independence Day. Bourla also recorded a message for the occasion, stating: “Along with Jews around the world, I take immense pride in Israel. . . . This year the partnership between Israel and Pfizer produced yet another ground-breaking achievement.”

While the rhetoric hints at a beneficial deal, earlier reports in Israeli media suggest extensive lobbying on behalf of Israel by Prime Minister Benjamin Netanyahu, who called Bourla 30 times to secure the deal.

The “humanity” which Bourla spoke of is selective. While Israel’s vaccine diplomacy was off to a flying start and later suspended due to objections about the unilateral decision taken by Netanyahu, Palestinians were kept waiting and dependent upon humanitarian aid for their share in the vaccines. Israel flouted its obligations, committing only to a meager 5,000 vaccine doses for Palestinians living in the territories it has been occupying for 54 years.

Israel flouted its obligations, committing only to a meager 5,000 vaccine doses for Palestinians living in the territories it has been occupying for 54 years.

The contradiction between Oslo and international law is easily manipulated by Israel, and the international community should have addressed the discrepancy that can be used to time and again shield Israel from its accountability. Since Israel manipulates agreements to its benefit, it is no wonder that in this case, the settler-colonial state opts for quoting the Oslo Accords while violating other clauses depending on the situation.

In the midst of the political haranguing, the PA appealed for the international community’s intervention against Israel’s decision, but embarked on its own vaccine diplomacy and nepotism when it prioritized its political elite and donated vaccines to Jordan upon request of the Royal Court.

The World Health Organization (WHO) can supply 20 percent of vaccine requirements for Palestinians under the Covax scheme, leaving a considerable percentage of the population at the mercy of international donors. As such, Palestinians have become a perpetual humanitarian project as designated by the international community, and the vaccine deprivation is no different. So far, only 251,628 Palestinians have received the first dose, out of 4.5 million civilians in the occupied Palestinian territories.

Edelstein’s arrogant and erroneous claim contradicts the Israeli government’s preoccupation of what to do with the extra supplies of hoarded vaccines. “I am not sure we will ever be in a position to vaccinate the whole Palestinian population. I think it is their moral obligation towards their people to try to get the vaccines,” he said. This coming from a government which boasts a deal reached with Pfizer for unlimited supplies.

With such obvious discrimination made publicly available, let alone common knowledge of Israel’s military occupation and its violations against the Palestinian population, Our World in Data is directly endorsing Israel’s narrative. The institution is perpetuating the biased notions that have been normalized for decades and amplified by the pandemic, as Israel’s efficacy and favorable deals have propelled it into the limelight.

So far, only 251,628 Palestinians have received the first dose, out of 4.5 million civilians in the occupied Palestinian territories.

In response to the open letter penned by human rights organizations, Our World in Data stated its refusal to adjust the records to reflect Israel’s neglect of the Palestinian people living under occupation. The research publication stated that this was due to “different figures and percentages for those in Israel and for Palestine” and that if they attempt to absorb the two, it would be “double counting.”

Politicizing data sets a dangerous precedent. The omissions mirror the decades-long approach towards Israel’s settler-colonial violence, where Palestinians are rendered invisible unless it suits the Israeli narrative to point fingers towards the colonized population. Once again it fell to human rights organizations to point out the exclusionary politics of the published data.

The international community facilitated the normalized perception of Israel as a state rather than a settler-colonial enterprise, while secluding the Palestinian people into a convenient humanitarian project. Pfizer endorsed this narrative, but Our World in Data upped the stakes in terms of discrimination, while promoting the Israeli government’s propaganda of abrogating its responsibilities under international law.