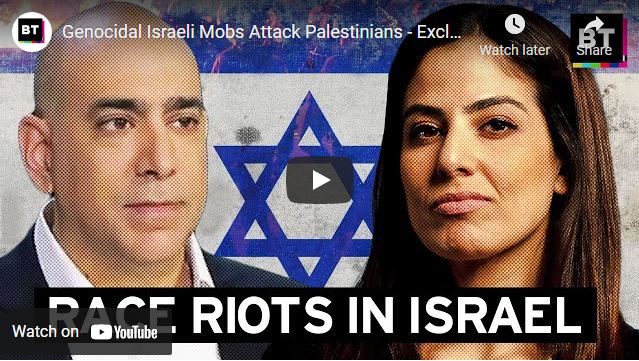 In recent days, disturbing videos emerged of far right Israeli Jewish mobs roaming the streets of occupied East Jerusalem openly chanting for genocide and attacking Palestinians. Over 100 Palestinians were injured and at least 20 were hospitalized.

Rania Khalek is joined by Ali Abunimah, director of The Electronic Intifada and author of the Battle for Justice In Palestine, to discuss these developments as well as the role of US imperialism and the broader regional context of Israel’s aggression.