HOME / WORLD / With Nizar Banat’s Murder, the PA Has Gone Too Far 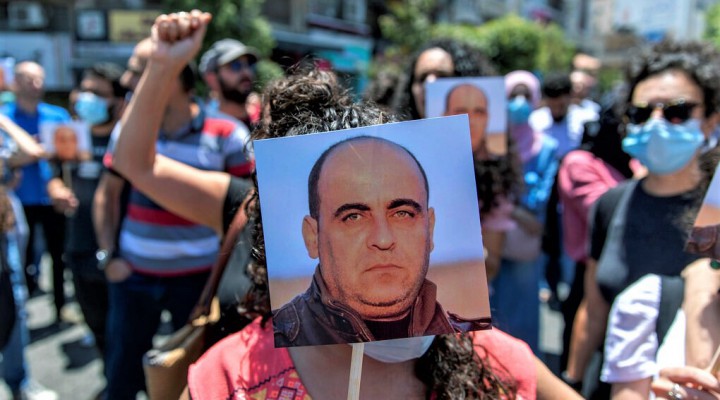 Nizar Banat’s killing was the result of decades of PA repression, but with nothing to lose, the Palestinian people are on their way to collective dissent.

When the Palestinian Authority (PA) cancelled the holding of democratic elections in Palestine in April, just a month after the Biden administration and the Israeli government made the request, the people’s discontent was palpable. PA leader Mahmoud Abbas played the democracy card after decades of illegitimate and expired rule, stating – as a convenient excuse – that the exclusion of Jerusalem’s Palestinians from the electoral process was discriminative.

The decision fooled no one. Postponing elections merely preserved the PA’s hierarchy. Or so it believed, until the recent killing of a prominent Palestinian activist at the hands of the PA’s security services ushered the people’s simmering anger to the fore.

Nizar Banat, a Palestinian political activist and critic of the PA, was killed by the PA’s security services within two hours of his arrest on June 24, in the early morning hours. Banat, who was also a contender in the cancelled parliamentary elections, was beaten to death after publishing a video in which he criticized the PA for calling off a vaccine deal with Israel. Banat had also called upon the PA’s donors to cut funding in response to the growing authoritarianism following Abbas’ cancelling of the elections.

It is possible that Nizar Banat’s foray into politics and the Palestinian people’s growing discontent fueled the killing.

While Banat had been arrested in the past for criticizing the PA, it is possible that the activist’s foray into politics and the Palestinian people’s growing discontent fueled the killing. The PA, after all, has no use for candidates that attempt to challenge the status quo, and that includes its security measures and coordination with Israel.

Abuse of the 2017 Cybercrime Law

Despite the initial opposition to the 2017 Cybercrime Law, which criminalized dissent against the PA for alleged security reasons and which was passed without consultation, the legislation slipped away from public scrutiny. Initially, the law was used to target news outlets affiliated with Hamas.

However, individual journalists and activists were also targeted and charged under Article 20 of the bill, which subjects any individual using online technology to publish information that would “endanger the safety of the state, its public order, or the internal or external security of the state,” to a year’s imprisonment.

The Cybercrime Law’s notoriety increased when prominent Palestinians were arrested, thus prompting rebuke from international human rights organizations. In 2017, Issa Amro was arrested on grounds of criticizing the PA on Facebook. Regarding the arrest, Amnesty International stated, “[The] decision to charge Issa Amro and extend his detention is an alarming development which demonstrates the lengths to which the Palestinian authorities are prepared to go to silence peaceful critics.” It was only in 2018 that the PA conceded to amendments in the legislation, after pressure from civil society organizations. Yet the vague terminology applied to the law made the amendments mostly cosmetic.

As the PA gradually and at first indirectly, acquiesced to the normalization agreements – known as the Abraham Accords – brokered between Israel and Arab states under the Trump administration in 2020, the Cybercrime Law was used to detain activists voicing criticism of the PA.

Palestinian activist Abdul-Rahman Daher was arrested for a comment posted on his Facebook account stating, “The last entity that should be entitled to comment is the Palestinian Authority.” Within hours, the PA’s security services raided Daher’s house and charged him with “insult and defamation.”

Banat had also been arrested under the Cybercrimes Law in 2017 and 2020, on both occasions for his criticism of the PA. This year’s arrest, as the aftermath shows, was about eliminating his voice.

The PA’s Security Services and Coordination with Israel

Banat’s killing cannot be dissociated from the inherent violence that is part and parcel of the PA’s security services and its coordination with Israel. As an electoral candidate in the cancelled elections, such coordination was one of Banat’s main criticisms leveled against the PA.

The PA is a subcontractor for Israel’s colonial violence in the occupied West Bank. Its security officers – trained and funded by the US and the EU – are far from loyal to the Palestinian people, as they exist to protect Israel’s security narrative and the PA’s existence. Many reports have detailed the funneling of Palestinian prisoners from Palestinian detention to Israeli jails, thus ensuring that both the colonizer and the collaborator wield force to coerce Palestinians into submission.

Many reports have detailed the funneling of Palestinian prisoners from Palestinian detention to Israeli jails.

One notorious example of PA-Israeli security coordination was the killing of Basel al-Araj in March 2017. The Palestinian activist and intellectual was shot at close range in Al-Bireh, which falls under the PA’s civil and administrative jurisdiction, indicating that the PA’s security services had facilitated the Israeli military raid that ended al-Araj’s life.

Following his murder, al-Araj’s mother declared, “They [the PA] do not want an intellectual. They do not want anyone who will tell them ‘no.’ They want people who will accept and succumb to the oppression we are living under. All of them [the PA and Israel] collaborated in his persecution.”

A Palestinian Uprising Against Abbas?

In the aftermath of Banat’s murder, the PA has increased its ferocity further. As hundreds of people gathered to protest the security officers’ aggression and called for Abbas’ resignation, the PA unleashed its full might upon Palestinian civilians, including sexual violence against female protestors.

Unlike other occasions of protests, however, there is a heightened awareness among Palestinians.

Questioning Abbas’ non-existent legitimacy is now seen as a major threat to the PA, particularly as Abbas continues to maintain a stronghold over Palestinian politics through deception. Indeed, calling off the elections after months of preparation was a major betrayal. The fact that Abbas has nothing but brute force on his side in terms of political power is a realization that both the PA and the Palestinian people have no illusions about.

The fact that Abbas has nothing but brute force on his side is a realization that both the PA and the Palestinian people have no illusions about.

The PA knows that its existence is dependent upon funding, Israel’s requirements in terms of security, and the international community’s two-state diplomacy. All three pillars are fixed and each can bring the PA down if different political tactics are pursued. Should that happen, the Palestinian people will likely find themselves ensnared by another form of repressive leadership.

However, since the signing of the Abraham Accords in 2020, the PA’s role in Palestinian politics has been dwindling. It has yet to come up with alternatives to the accords. Moreover, it failed to protect the residents of Sheikh Jarrah and Silwan from Israel’s evictions and demolitions and veered away from political engagement over the recent Israeli-Palestinian clashes in Gaza.

Banat’s murder is the latest culmination of a leadership that realizes its ineptitude, while trying to retain control through violence, until such brutality eclipses any form of political engagement. It is at this consequential point that Palestinians find themselves. With nothing to lose and no protection, the Palestinian people have long been primed for an uprising that once again places Palestine at the helm, away from the shift the PA employed, which was to make its echelons and Palestine synonymous. Banat’s voice, like al-Araj, may have been silenced, but their expression lives on and it is willing to unify against corruption for a free Palestine.

0 thoughts on “With Nizar Banat’s Murder, the PA Has Gone Too Far”