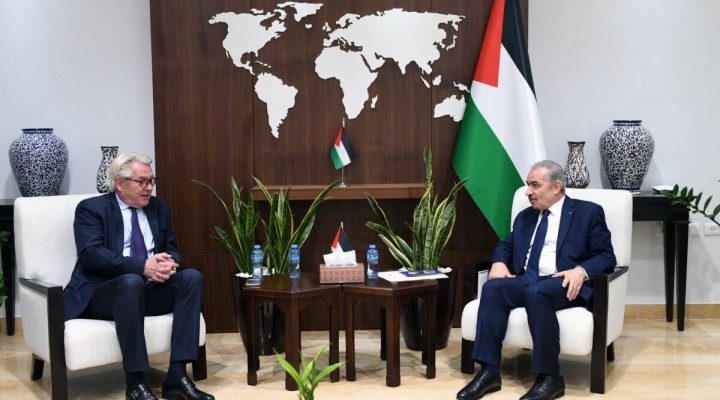 “There is no substitute for a legitimate political process that will resolve the core issues driving the conflict,” the UN Special Coordinator for the Middle East Peace Process, Tor Wennesland, warned recently during a briefing with the UN Security Council. Sadly, though, Wennesland’s statement is built around the preservation of the two-state “solution” which would be abandoned if the UN was serious about a “legitimate political process”.

In the absence of the UN seeking legitimate political alternatives, Wennesland’s briefing was wasted in urging the organisation to persist with its strategies of condemning Israel weakly and strengthening the Palestinian Authority. The UN is setting up the Palestinians for failure, as it always has since the Palestine Partition Plan of 1947.

Decades of “two-state” failure have shown everyone, including the UN, that the core issues will not be resolved through this paradigm. Wennesland, however, has no qualms about promoting a defunct process with the intention of bringing about a colonial solution through which Palestine will disappear completely.

In January’s briefing to the Security Council, Wennesland equated two-state politics with stability. Yet even as he outlines the dangers due to an absence of a political trajectory, it must be called out that adhering to the internationally-accepted framework is actually causing the instability against which Wennesland is cautioning. The two-state framework establishes no guarantees for the Palestinians, particularly due to its failure to consider the Palestinian refugees as an integral part of any political settlement. Without the refugees’ legitimate right of return, Israel still holds its demographic majority which it is now consolidating through its colonial apartheid settlements and ethnic cleansing.

Preserving the PA means that a legitimate political process will not be forthcoming. The same goes for protecting Israeli colonialism. All the two-state compromise has achieved is gradual land loss for Palestinians and a perpetuation of the refugee cycle, as more Palestinians are forcibly displaced from their homes to free space for illegal settlement expansion. The Palestinian right of return has become more complex as a result of Israel’s ongoing expansion. Different waves of refugees are all battling for to exercise their right to return, yet even such a right is now a divisive component of the Palestinian struggle due to the international community’s emphasis upon humanitarian aid and projects that cater for Palestinians’ basic needs even less than what they do for the UN itself. After all, it is Israel that decides the Palestinian trajectory and the UN is just its mouthpiece.

Since the two-state compromise has only elicited forced subjugation of Palestinians rather than the creation of “an independent, viable Palestinian state,” and considering that the UN is still diluting Israel’s colonialism by demanding only an end to the 1967 occupation, in what way does Wennesland think a resolution can happen? Disappearing Palestine altogether is not an option for Palestinians. Yet the UN’s only solution is to prevent decolonisation from occurring, so Wennesland’s purported concern is misplaced. If a desire for justice existed, the UN would listen to the Palestinian people’s demands for political accountability, autonomy and independence. However, the UN only equates stability with might, hence the ongoing concern to save the two-state paradigm and its proponents.

The two-state paradigm is not a 'legitimate political process'