HOME / WORLD / Denying apartheid does not invalidate the designation 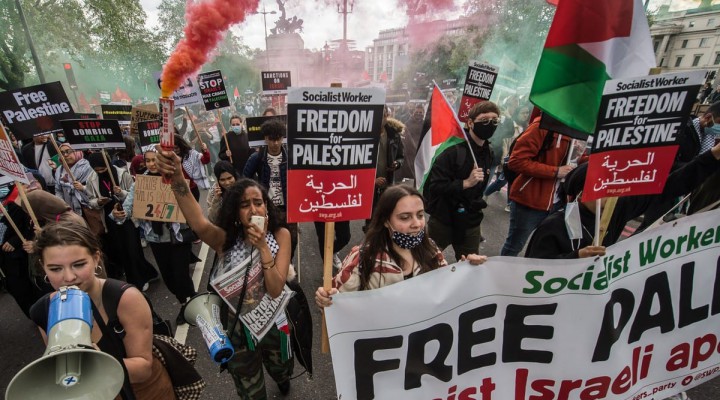 At the slightest criticism of Israel, disarray ensues. Built upon the ethnic cleansing of the Palestinian people, Israel’s colonial narratives are entrenched in violence and yet so fragile, because what sustains the colonial enterprise is the Israeli government’s expertise in disseminating and enticing the world to adopt its security rhetoric. Which is why many governments around the world have either rejected Amnesty International’s recent report detailing Israeli apartheid or else stayed silent – Israel will not allow any organisation to disrupt its standing.

In the same vein, Amnesty International’s Israel branch has also criticised the report, with its director Molly Malekar stating that the organisation “whose goal is to protect human rights, shouldn’t be concerning itself with theoretical definitions.” The report, according to Israeli media imparting Malekar’s comments “used broad strokes to paint the entire country in one colour rather than going into detail on what needs to change and what is being done correctly.”

Palestinians, Malekar declared, “are treated as perpetual, passive victims of apartheid, devoid of any rights and agency.” Israel was not singled out by Amnesty International, she added, but the report “has been exaggerated.”

Amnesty International’s report is not concerned with theoretical definitions but Israel’s actions have been defined by a framework which is necessary to articulate – apartheid. The report does not create a problem, on the contrary, it fills an important gap when discussing Israel’s international law violations and one which should have been taken up by the international community decades ago. As for what needs to be changed, Israel’s apartheid system needs a complete dismantling.

Israel has long enjoyed the comfort of its violations being discussed as separate and scattered actions. Settlement expansion is linked to displacement only because of the humanitarian consequences of leaving Palestinians without their homes, in cases of demolitions. Otherwise, Gaza’s destruction, for example, is not linked to how Israel perpetuates the Palestinians’ refugee status. Israel’s restrictions on free movement in Gaza and the occupied West Bank are dissociated from the fact that settler presence is encroaching on Palestinian territory, in accordance with the colonial policies enacted by the Israeli government and protected by the Israeli military.

As a result, Palestinians have long been wrongly perceived as a population that suffers distinct and disconnected violations which the UN addresses through non-binding resolutions. Amnesty International’s report, like those of Human Rights Watch Human Rights Watch and B’Tselem, are illustrating what apartheid looks like to the international community, which is more partial to its denial in order to protect Israel and shield itself from complicity in the colonial apartheid policies which deny Palestinians of their political rights.

Palestinians are not treated as perpetual, passive victims. The international community is doing its utmost to render them voiceless, however. Suffice to say that the UN never took Palestinians’ experiences of apartheid seriously, because the humanitarian paradigm designed after the Nakba continues to serve the organisation well.

Amnesty International has pointed out the obvious, which Palestinians did prior to the current trend set by B’Tselem. Any discomfort within Israel with the apartheid designation should prompt a reckoning with the government’s policies and international law violations against the Palestinian people. It is Israel itself that has positioned itself within the theoretical framework of apartheid through its actions.

0 thoughts on “Denying apartheid does not invalidate the designation”