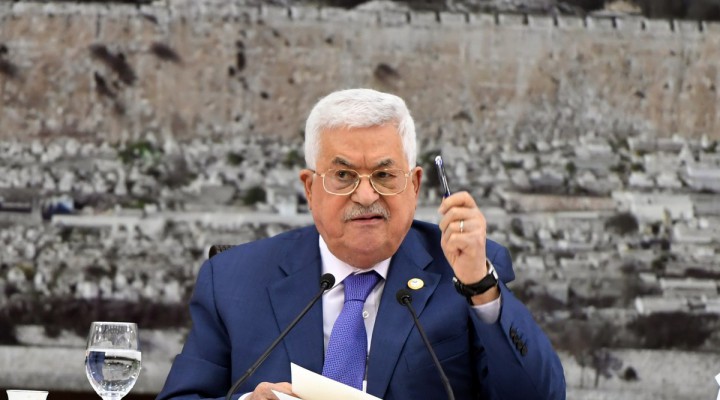 US Secretary of State, Antony Blinken’s recent call to Palestinian Authority President, Mahmoud Abbas, has been largely described in mainstream and Israeli media as based upon the need for reforms within the PA. The US Department of State’s official statement mentioned the need for reform without expanding on detail, but the phone discussion centred on strengthening US involvement to protect PA and Israeli interests.

According to the Jerusalem Post, Blinken “hinted” that the PA should stop paying stipends to political prisoners and their families – a request recently made also by Israeli Defence Minister, Benny Gantz.

Strengthening the PA’s relationship with the US will undoubtedly mean more concessions will be either required from Palestinians, or else imposed upon Palestinians under the guise of humanitarian concerns to protect the PA’s hegemony. While scant detail is given in the US press release, the probability is that Palestinians will be forced into additional losses to protect the PA’s stranglehold over Palestinian politics. Palestinian prisoners, now at the centre of Abbas’s bargaining with Israel, will be the focus for another brief period, until Abbas decides it is time to play the conventional “international peace conference” card and resume bleating about the importance of promoting the two-state compromise.

The PA’s bargaining over Palestinian prisoners is an exploitation of a vulnerable segment of the population, and unlikely to yield any positive results, especially now that the prisoners’ issue is being linked to PA reform. The PA is in dire need of reform due to its corruption, not to mention its illegitimate rule. Linking Palestinian prisoners in Israeli jails to PA reform only shows how much leverage Israel and the US hold over Abbas.

With Israeli Prime Minister, Naftali Bennett, refusing to engage diplomatically with the PA, Abbas has nothing other than “positive” talks to parade as purported achievements. In his address to the Knesset on Monday, Gantz reaffirmed Bennett’s stance. “We will not promote diplomatic agreements, but we must keep in contact so that a diplomatic horizon will be possible to ensure our security, our international strength and the continuation of the Zionist vision,” he emphasised.

Yet, Abbas seems to be relishing the restoration of relations with the US, despite the losses which will ultimately accumulate for Palestinians. Meanwhile, while Palestinian prisoners are used as bargaining chips, Israel continues expanding its settlements in the Jordan Valley, which the PA will overlook, apart from perhaps alerting the international community to issue their usual futile condemnations.

If Blinken wanted PA reform, the US press release would have read differently. What the US requires of Abbas is more authoritarianism for Israel’s benefit which will, as a result, also benefit the PA depending on how long Israel requires its existence. Of course, Abbas recognises how precarious the PA’s existence is, which is why he is willing to exploit Palestinian prisoners in the process, while pretending to clamour for their freedom. But the political horizon which the US is so fond of mentioning has nothing to do with Palestinian demands, but rather what Abbas and the PA are willing to squander for Israel’s colonial project.

A diplomat without an ideology? The US ambassador’s words suggest otherwise