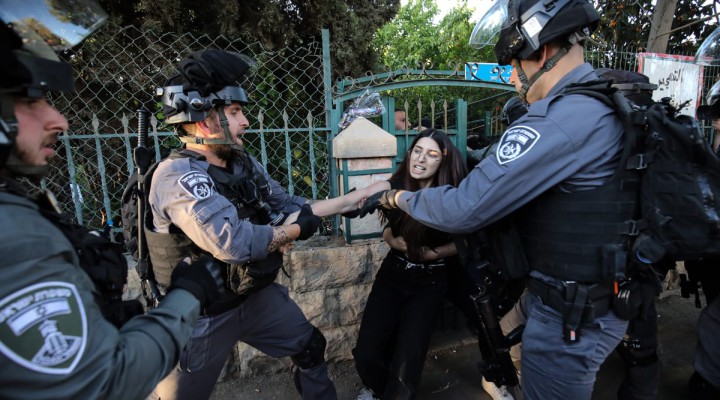 Yet another report has been published, portraying how Israel is increasing its destruction of Palestinian property and, as a result, continuing the cycle of dispossessing Palestinians. The EU’s recent “One Year Report on Demolitions and Seizures in the West Bank, including East Jerusalem” for the entire year of 2021 showed a six per cent increase in demolitions and a 20 per cent increase in dispossession when compared to 2020.

Out of the 904 destroyed buildings, 140 were funded by the EU or its member states. Israel has been criticised in the past for destroying EU-funded dwellings and structures. In 2020, it was estimated that, between 2014 and 2019, Israeli forces destroyed approximately 536 EU-funded structures of a total value of €1,837,501 (approx. $2 million). In 2017, eight European countries demanded compensation from Israel for its confiscation of equipment and demolishing of EU-funded infrastructure. Needless to say, Israel rejected the demand upon claims that the EU is actively aiding Palestinians in illegal development activities.

The EU’s recent report clearly shows the discrepancies in land allocation, with only 13 per cent of occupied East Jerusalem available for Palestinian construction, while 57 per cent has been colonised through settlement expansion. Between 2009 and 2018, only two per cent of Palestinian building permits were approved.

The report also notes the increase in demolishing Palestinian structures without warning – 90 per cent in February 2021 when compared to ten per cent in 2016 and 2017, as stated in a reference in a report by the UN Office for the Coordinator of Humanitarian Affairs (OCHA).

With such statistics, it is clear that diplomatic niceties and public statements against settlement expansion and demolition are futile. Not even the International Criminal Court (ICC) investigations have done anything other than prompt angry outbursts from Israel, even as it continues to aggressively lobby for normalising settler-colonial expansion. Like the UN, the EU has the means through which it can marginalise Israel politically and economically, but its regulations on human rights are mere embellishment on paper, as is the UN’s international law framework when it comes to holding Israel accountable.

When the EU speaks of settlement expansion, it refers to dwellings and displacement. Both are now associated with the humanitarian paradigm which quells further criticism of Israel. After all, tending to the immediate needs is considered as bringing relief, and the international community has constructed entire political arguments supporting humanitarian work. The most these reports can achieve is an increase in donor aid, which will only increase Israel’s resolve to destroy Palestinian dwellings and infrastructure.

If the EU focused on Israel’s illegal colonial framework, the narrative would shift from demolitions to politics. Humanitarian aid may simplify international involvement, but it complicates the Palestinian people’s lives, as it has for decades since the 1948 Nakba. The EU report, detailed as it is on Israeli destruction of Palestinian dwellings, is equally clear on the fact that Palestinians are not expected to engage politically, but rather exist as passive participants in the donor-funded spectacle that is supporting Israel’s colonial expansion first and foremost.

A diplomat without an ideology? The US ambassador’s words suggest otherwise