HOME / WORLD / The PA keeps losing its authority, through its own actions 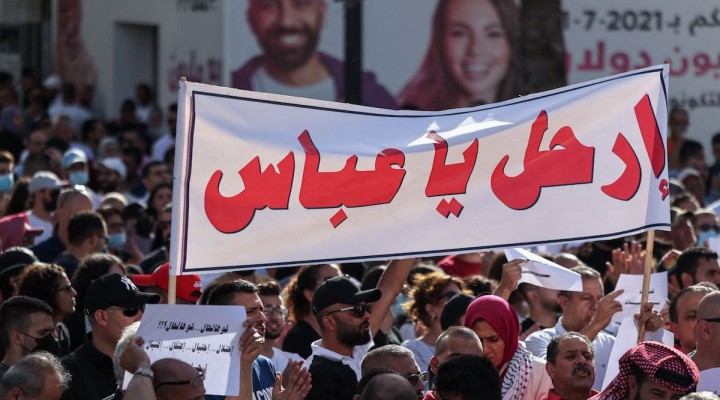 Recent statistics corroborate the growing resentment in the occupied Palestinian territories against the Palestinian Authority and its leader Mahmoud Abbas. The Palestinian Centre for Policy and Survey Research (PSR) carried out a poll at a time when the PA persisted in proving how unsynchronised it is with the Palestinian people’s needs, and to what lengths it would go to ensure its political survival over Palestinian liberation.

Against the backdrop of the latest Israeli aggression on Gaza, the extrajudicial killing of Palestinian activist Nizar Banat by the PA’s security services, as well as the PA’s repression of protests calling for justice for Banat, the PA fared badly, to the point that an unprecedented 80 per cent of Palestinians are now demanding Abbas’ resignation. Indeed, the PA would do well to heed the survey’s findings, because its reliance on Israel and security coordination to keep Palestinians under control might not be so effective, when considering Palestinian unification from the people’s perspective.

While Abbas is clearly failing to inspire Palestinians, as seen in the increasing calls for his resignation, 87 per cent of Palestinians stated that the escape of the six Palestinian prisoners from Gilboa served “as an inspiration to Palestinians outside the prison to take the initiative and actively work toward the ending of occupation.” Abbas has also fared badly in terms of the Israeli bombardment of Gaza when compared to Hamas – 45 per cent of Palestinians believe that Hamas would better represent the Palestinians people, while only 19 per cent advocated for Fatah under the leadership of Abbas.

Why did the PA kill Nizar Banat? – Cartoon [Sabaaneh/MiddleEastMonitor]

If the PA wished for its violent tactics to cement silence among Palestinians, Banat’s murder heralded the opposite. The survey shows that 63 per cent of the Palestinian public believe that the PA or security leaders ordered his extrajudicial killing deliberately. Likewise, 63 per cent supported the demonstrations demanding Abbas’ resignation, while 69 per cent are not satisfied with the steps taken by the PA in terms of seeking justice for Banat’s murder. And if the PA expected that violence would suppress dissent, 74 per cent of Palestinians “believe the steps taken by the PA security services in arresting the demonstrators who demanded justice for Banat is a violation of liberties and human rights.”

A dire picture has been painted for the PA. Not only have the Palestinian people expressed their beliefs in the survey – their demands are being publicly articulated. There is no turning back for the Palestinian people – Abbas and the PA proved themselves unworthy of leadership not only by clinging to illegitimate rule, but also through the “sacred” security coordination. The only option remaining is to turn to the people, and Abbas will soon realise that even turning to the people will not suffice, because Palestinians are no longer waiting for the leadership to spell out their political demands.

0 thoughts on “The PA keeps losing its authority, through its own actions”