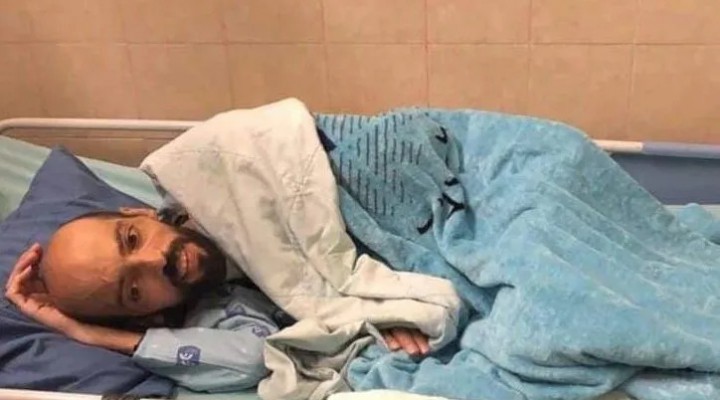 Had the wife of hunger striking Palestinian prisoner Khalil Awawdeh not publicised photos of her husband’s emaciated body, the EU would have felt no urge to call for his release. “Shocked by the horrible picture of Awawdeh who is hunger striking now for 169 days in protest against his detention without charges and is in imminent danger of dying,” the EU Delegation to the Palestinians tweeted. “Unless charged immediately, he has to be released.” What good fortune that photos were made available for the EU to assume an activist stance for a few seconds on social media, while completely missing the point that Palestinian hunger strikes are a response to Israel’s colonial violence and impunity.

Awawdeh’s case is not unique, and it will not be the last. Israel’s administrative detention practices go against international human rights law and international humanitarian law. That is what should have been the focus of the EU’s concern long before Awawdeh embarked upon his hunger strike, let alone when he is at risk of dying from his protest. Israel’s criminalisation of Palestinian resistance has made administrative detention the norm rather than the exception, which is why the EU should have assumed far greater responsibility than a lone tweet accompanied by Awawdeh’s photograph to embellish its words.

The EU needs to remember that it allows Israel’s violations to continue without any repercussions for its colonial violence. Tweeting about Awawdeh’s current condition does not place the EU in a favourable light when it has ignored the violence inherent in administrative detention until a Palestinian hunger striker makes headline news. The opportunist statements it issues are futile, as the EU knows only too well. Worse than that, it also knows that such statements put no pressure on Israel to end administrative detention, and that once the media shifts attention to other Palestinian issues instead of Awawdeh, silence about administrative detention and Awawdeh’s plight will follow. After all, if the international community has normalised Israel’s administrative detention practices to the point that Palestinians have to resort to hunger strikes for temporary awareness and a possible negotiation of better conditions for survival, why should the EU do anything more than post a single tweet?

Do EU diplomats need to see visual proof of hunger strikers’ weakened bodies to issue statements? Why not speak out against administrative detention before such a last resort measure is adopted by Palestinian prisoners? EU complicity needs to be highlighted as much as Israel’s colonial violence. The latter, remember, is structured around the support it receives from the international community, including the European Union.

Instead, the EU has participated in dehumanising all hunger strikers, not just Awawdeh, by creating a sensation out of a photograph and a tweet. There have been several instances where Israel reneged on its administrative detention policy in publicised cases, which are unfortunately regarded as a triumph rather than a veneer for the crimes committed afterwards. A release ought to be celebrated on an individual level in terms of the relief it offers, although in most cases it is only an interlude. However, the EU – a political body complicit in Israel’s violence – knows that one alleged victory hides other normalised violations. The hunger striker highlights a plight, don’t forget, in the absence of political decisions that have the power to hold Israel accountable. A protest for Palestinian freedom, therefore, needs also to be a protest against EU and international complicity in Israeli crimes.